The Altarpieces of Yucatán: Yaxcabá 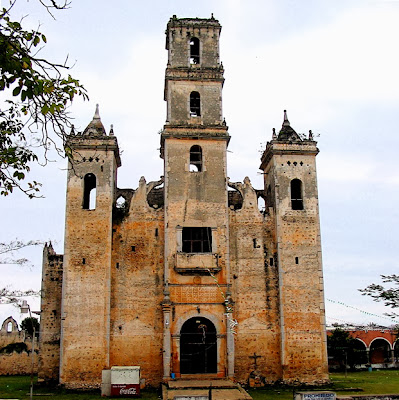 San Pedro Yaxcabá
The opulent church at Yaxcabá is one of kind—unlike any other in Mexico. Long before you arrive in town, the triple towers herald its presence, soaring above the treetops like the turrets of some medieval castle.
Yaxcabá was under episcopal control from its earliest days. Unlike the austere friars, the secular clergy developed a taste for luxury and display that reached new heights as the colonial period wore on.  By the time the grand church here was finished in the mid-18th century, the newly rich parishes of the region were competing to build the most lavish church.  Although the architect is unknown, San Pedro Yaxcabá rivals the churches of Mérida in its scale and extraordinary facade. 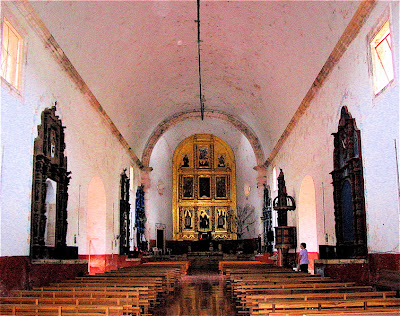 The Altarpieces
The long nave is covered by a barrel vault springing from carved cornices that extend uninterrupted to the sanctuary arch, directing and framing the visitor's gaze towards the splendid main altarpiece in the apse.
Complementing its imposing architecture, Yaxcabá boasts a variety of baroque altarpieces. 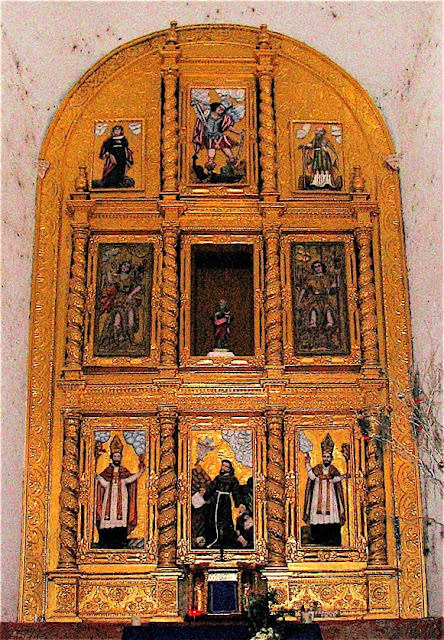 The gilded main retablo is late 17th century in style. Like Tabí it is designed in classic Yucatecan form with painted relief panels set in a framework of vine clad spiral columns and swirling arabesques.
It has recently been refurbished and lavishly re-gilded. Although officially dedicated to the Virgin of the Immaculate Conception, the picturesque central relief portrays St. Francis receiving the Stigmata in an uncomplicated folkloric style. 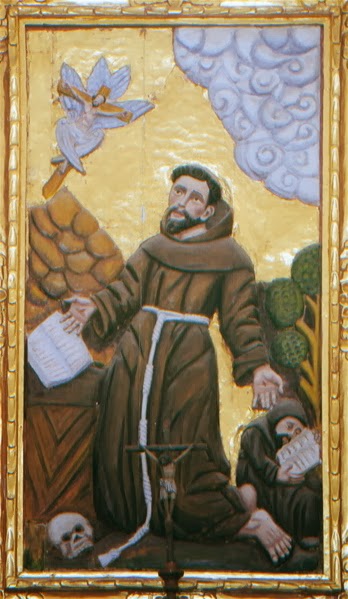 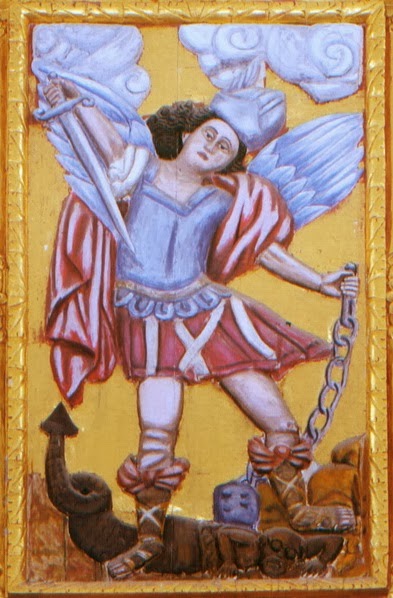 Mitered bishops accompany the Franciscan saint on either side while archangels occupy the upper panels. An energetic St Michael dispatches the chained devil in the crowning pediment flanked by Saints Joachim and Anne, the parents of the Virgin Mary. 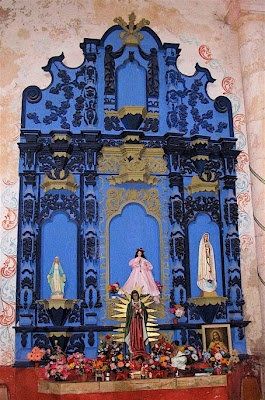 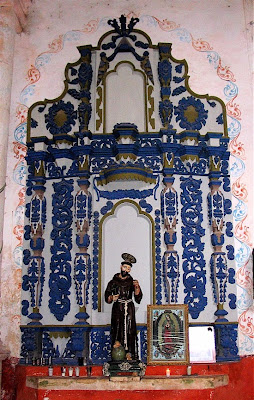 Six side retablos stand along the nave, some designed in an ornate if provincial "estípite" baroque style from the mid 1700s.   Those shown here feature elaborately curved pediments and passages of decorative rococo relief decoration, some in blue and white—colors traditionally associated with the Virgin Mary. 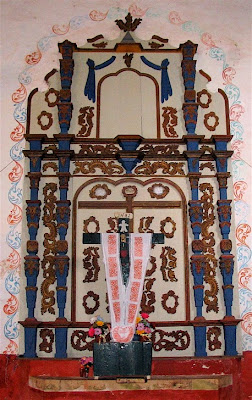 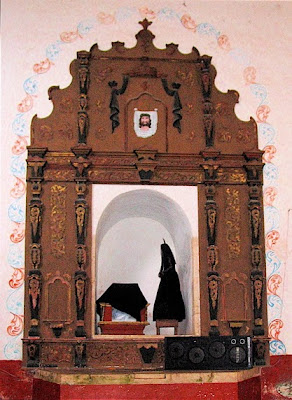 for complete details and suggested itineraries on the colonial monasteries and churches
of Yucatán, consult our classic guidebook.
Posted by Richard Perry at 2:52 PM