The Altarpieces of Yucatan. Mani: along the nave

In our previous post we described in detail an exquisite pair of nave altarpieces by the "Master of Mani."   In our final post on Mani, we look at the remaining retablos in the church.

A second pair of side retablos, although less richly detailed, may be the earliest in the church. Painted dark red and gold, they are framed with Plateresque "baluster and spiral" style columns. Heads with floral "crowns" or capitals appear on some of the columns as well as on the ornamental panels between them. 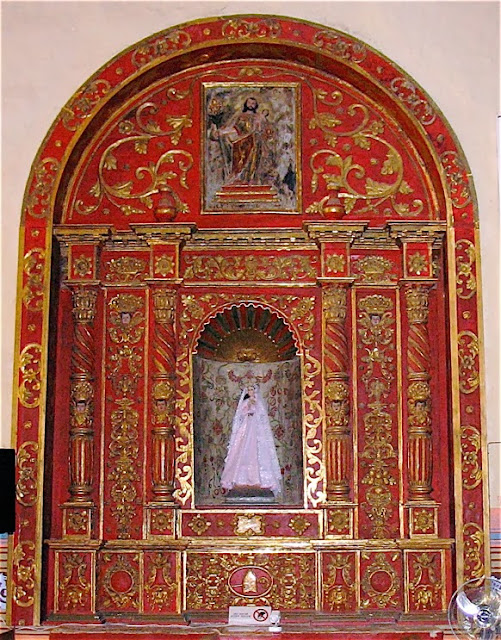 The altarpiece of Santa Lucia, on the north side of the nave, houses a statue of the saint against a floral backdrop. Her strangely bloodshot eyes recall her reputation as a healer of the blind.   A faded but fine painted relief of St. Joseph with the Christ Child occupies the rounded pediment overhead. 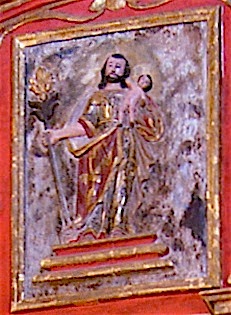 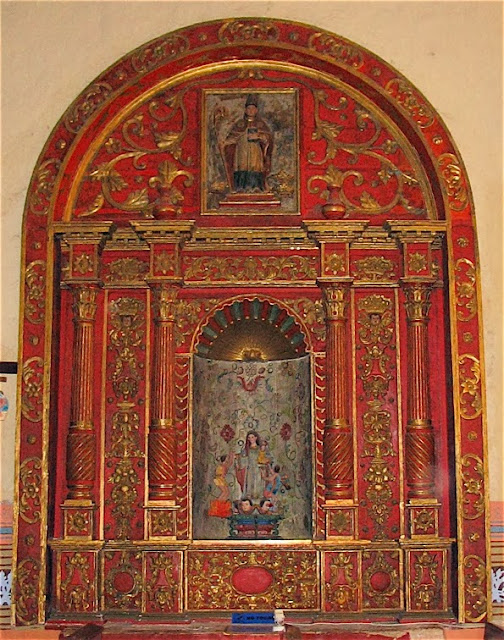 Opposite, the retablo of the Virgin of Light displays a classic tableau of the saint, standing on a cloud of cherub heads, holding a diminutive Christ Child.
The pediment frames a polychrome relief image of St Bernardino of Siena—to whom the retablo was originally dedicated—with the three rejected bishop's miters at his feet. 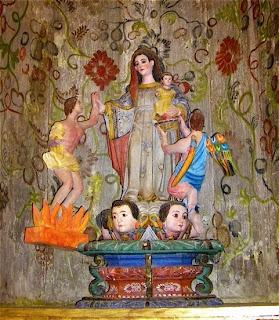 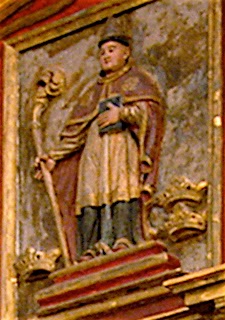 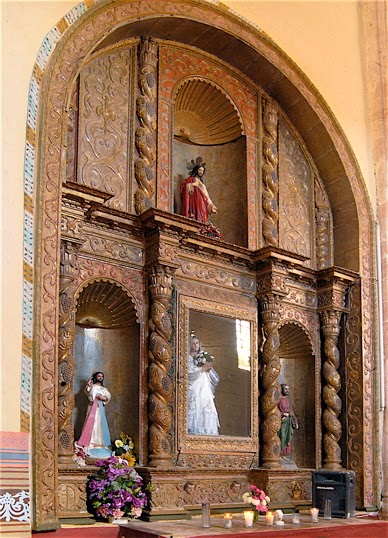 A fifth retablo, with richly carved shell niches and intricately carved and gilded spiral columns—here wreathed with grapevines and headed with "feathered" capitals—is typical of the "Solomonic" baroque style of the later 1600s. 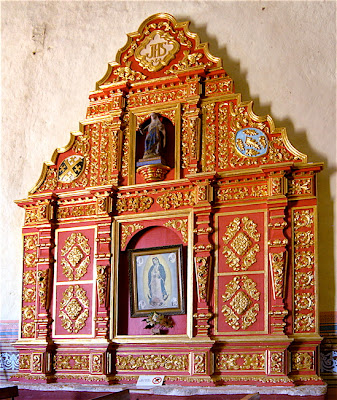 And a sixth retablo of even later date presents a more ornate profile, fashioned in exuberant 18th century "Churrigueresque" style with its trademark estípite pilasters and rococo flourishes, although still with the red and gold hues favored in Yucatán.
The Franciscan emblems of the Five Wounds and the Jerusalem cross adorn the gable.