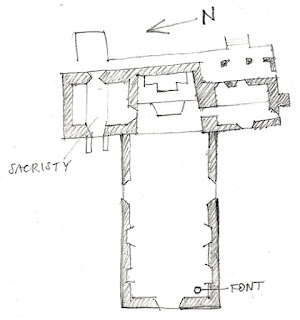 Like dozens of other rural churches across Yucatán, San Gaspar Timucuy (Place of the Doves) started life in the later 1500s as a thatched open chapel, visited by friars from one of the large area monasteries—in 1656 it was reported as a dependency of nearby Tecoh. 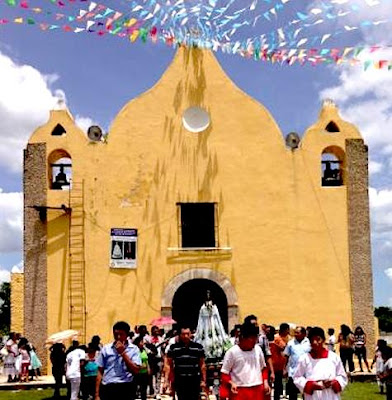 Fronted by a raised atrium, likely of prehispanic origin, the rustic church front has been remodeled over time, now sporting a curved onion gable with matching belfries. 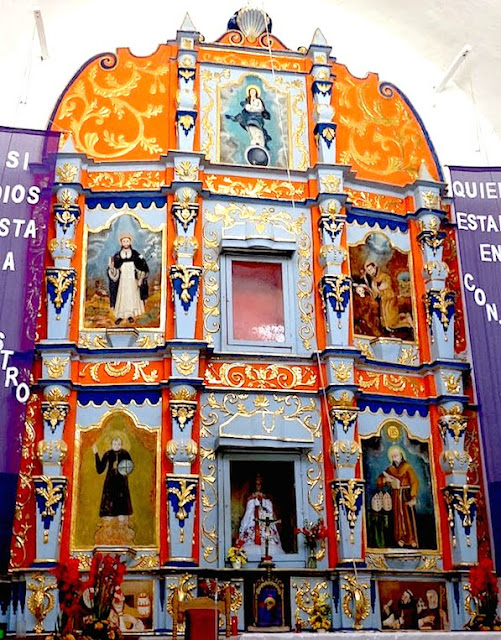 The original chapel, now the apse of the church, houses a large and highly colorful retablo framed in rustic, late baroque style with estípite pilasters and a scrolled gable.

Folkloric paintings include a portrait of the patron saint as well as one of the aged and infirm Franciscan eminence, St. Bernardine of Siena, with the radiant Holy Name and his three rejected episcopal miters.
text and graphic © 2018 Richard D. Perry.