In ancient times, a temple sacred to the Tarascan earth goddess Cueravaperi occupied the hilltop where the monastery of Zinapécuaro now stands. Originally fortified by the Tarascans as an outpost against marauding Chichimec warriors, this commanding site was strengthened in the 1540s by Viceroy Antonio de Mendoza during prosecution of the Mixton War, a successful campaign waged by the Spaniards against the insurgent Chichimecs and their allies.

The Franciscan mission of San Juan Bautista was built in the 16th century on the same foundations, using stone from the former temples as well as blocks of black basalt from a nearby quarry, ac cording to an account of the roving Franciscan commissioner Fray Alonso Ponce, who visited Zinapécuaro during its construction in 1585. Although the church was rebuilt on a larger scale later in the colonial period, the convento and cloister date back to the late 1500s.
From the town center, a stone stairway winds up to the walled atrium of the monastery, which retains its arched gateways and antique stone cross. 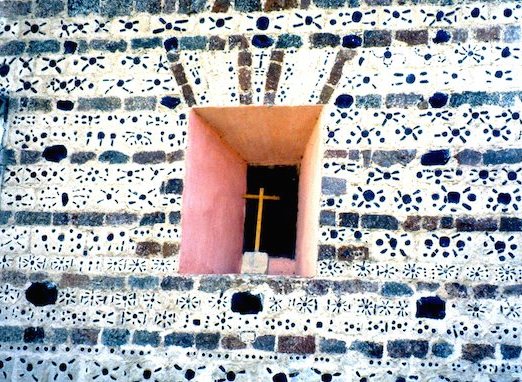 The monastery walls are formed of rough red and charcoal gray tezontle blocks, liberally chinked with shiny pieces of the locally plentiful obsidian. (Zinapécuaro means “Place of Obsidian” in the purépecha language.) This construction technique has created a distinctive mosaic effect, most noticeably around the base of the tower. 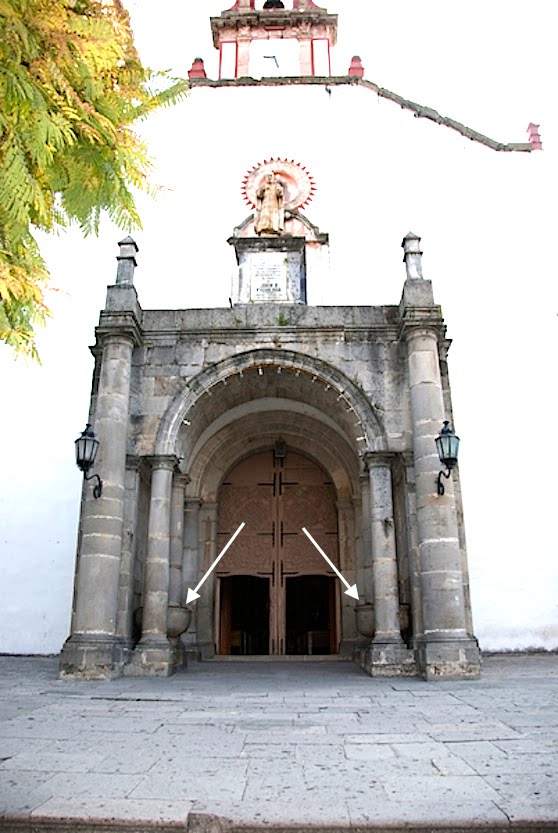 A grandiose colonnaded portico projects from the whitewashed church front, enclosing a pair of antique, goblet-shaped baptismal fonts—appropriately for a church dedicated to John the Baptist, whose statue is prominently mounted in a niche above the choir window.

The portico obscures but also protects the church entrance, whose sinuously carved rococo doors are among the most attractive 18th century examples in Mexico.

The church interior is the soul of neoclassical restraint, although it retains some popular appeal in the form of a locally revered crucifix, known as El Señor de Araro. The image is the object of pil grimage among drivers and chauffeurs, whose devotion is sorely tested by the steep climb to the atrium and painful progress on the knees to the church door, along pathways studded with unforgiving obsidian shards. There is also a handsome wall pulpit with portraits of the Evangelists. 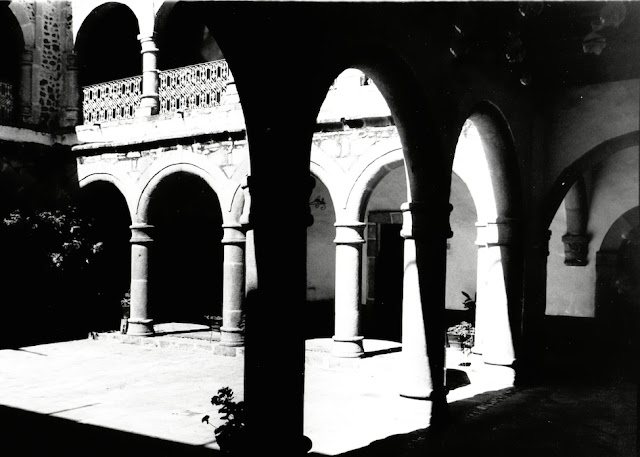 The Cloister
An attractive arcaded cloister lies at the heart of the adjoining convento. Molded cylindrical arches spring from plain stone columns with spool bases and capitals. 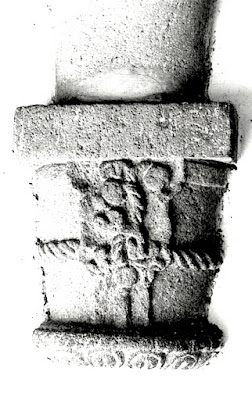 Sculptural ornament is restricted to decorative corbels, intricately carved with the Franciscan knotted cord, that support the vaulting over the walks. Some of the inner archways along the arcades are painted with medallions of angels holding the Instruments of the Passion—the only visible remnants of the extensive murals that formerly embellished the cloister. 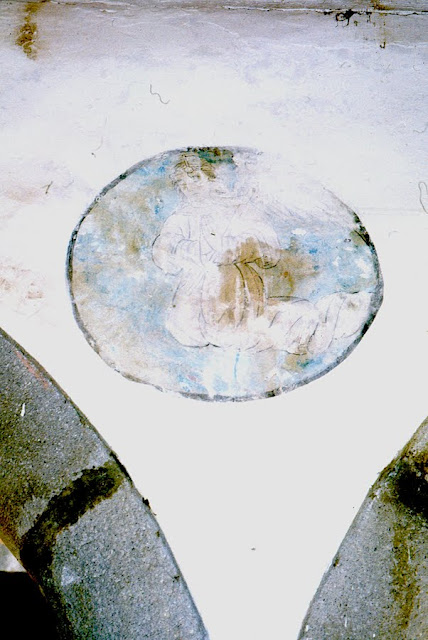 Many eminent Franciscans once labored in these peaceful provincial precincts. They included the pioneering Tarascan linguists Fray Pedro Ximénez—mentioned by Father Ponce—and Fray Maturino Gilberti, a brilliant 16th century scholar and former Guardian of Zinapécuaro, who compiled the first Tarascan dictionary and grammar. Fray Maturino also gained notoriety for writing a controversial dialectic on Christian doctrine intended to enlighten his Indian neophytes, but which provoked the unwelcome attention of the Holy Office of the Inquisition. 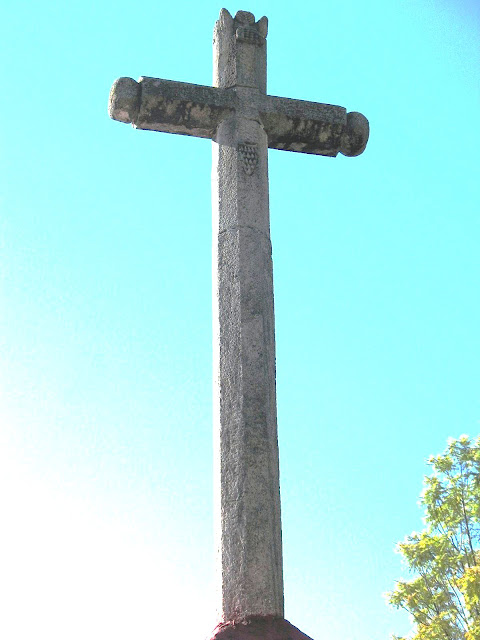 Although quite severe compared to the other, more richly ornamented crosses in the region, this lofty octagonal cross looks to have been dismantled at one time and then reassembled, perhaps with later additions.
Only two archaic dripping Wound reliefs appear: one in a customary location on the upper shaft, but the other placed in an odd horizontal position near the head of the cross. No other Passion symbols are in evidence. 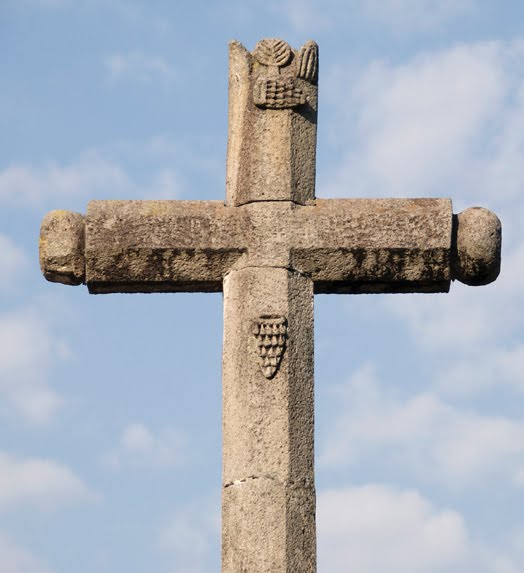 In our view, the neck of the cross looks original except that it may have been previously an arm, which would explain the orientation of the Wound and the worn foliated finial. The other arm, no doubt bearing the third Wound, is missing. We also suspect that the plain crosspiece, with its crude cannonball finials is a more recent accretion.
text © 1995 & 2019 Richard D. Perry
images by the author, ELTB and courtesy of Niccolo Brooker