This is the first of three posts on the monastery church of San Martín Huaquechula in the state of Puebla.
As we noted in a previous post on Huejotzingo, the north doorway, or portiuncula, of Franciscan churches assumed special importance in the religious beliefs and ceremonial of the Order in Mexico. 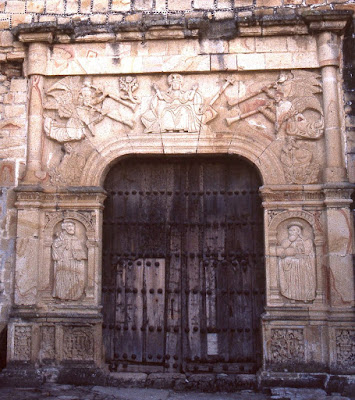 Tucked away in the shade of the north side of the great fortress church of San Martín Huaquechula, a neighboring monastery church in Puebla, the lateral entry displays a similar character—densely and expertly carved with imagery of special significance. 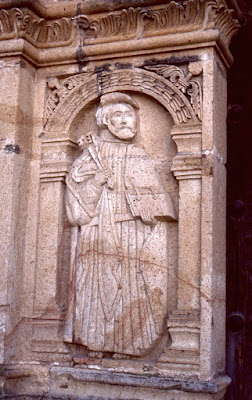 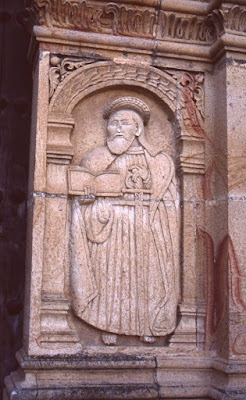 Bas reliefs of Saints Peter and Paul, guardians of the entrance to the Celestial City, fill the niches in the broad jambs on either side of the doorway. Despite their rich robes, the saints' feet are bare and their misshapen haloes resemble the caps worn by 16th century Flemish burghers—probably copied from a northern European print. 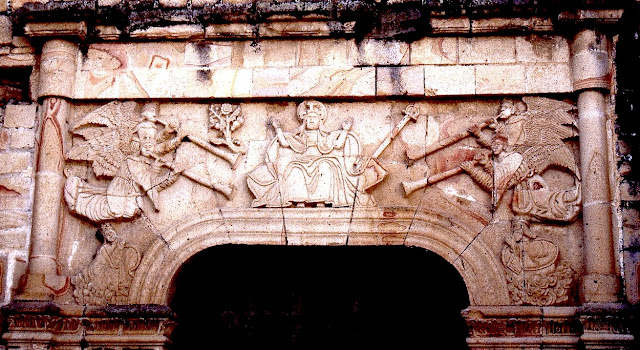 The Last Judgment
A Last Judgment scene is crisply carved tequitqui style above the flattened archway. Christ sits Majesty arms raised and sword to hand, flanked by four fluttering angels of the Apocalypse sounding the trumpets of Doom. Saints wearing crowns of the Elect kneel in awe below. 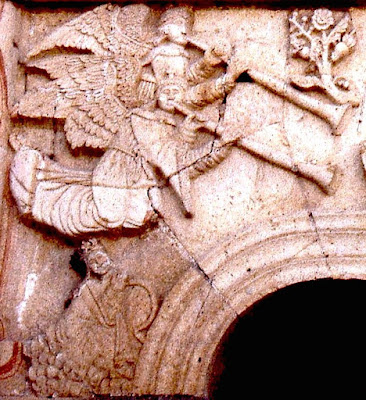 As at Huejotzingo, the millenarian anxieties and apocalyptic expectations of the16th century Franciscans are again exposed. 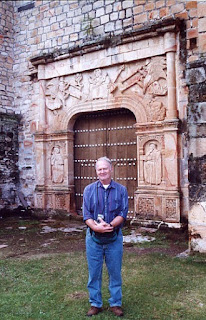