From time to time we take a look at modest rural Mexican churches with colonial antecedents that are overlooked by most students of viceregal art and architecture, but that often possess features of artistic interest.  We like to call them Hidden Gems.* Santa Caterina Lolotla is one. 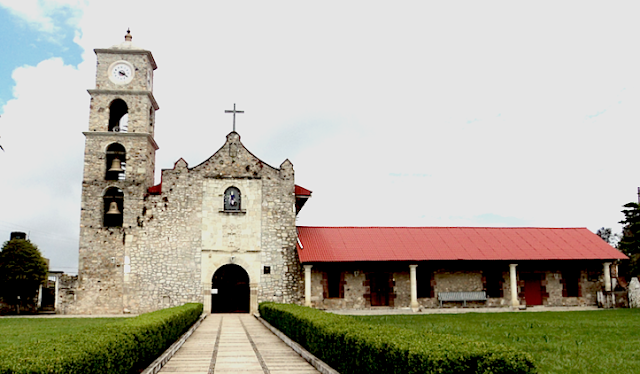 This modest former visita of the Augustinian monastery at Molango, along with other churches in the mountainous Sierra Alta region of Hidalgo, began life as a simple open chapel, elements of which are still preserved in the current building. 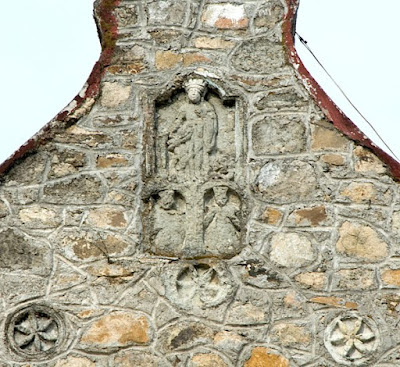 Eroded reliefs from these early years, before 1560, are mounted in the gable of the church above the later facade. The principal relief portrays a crowned St. Catherine of Alexandria holding a sword— the instrument of her martyrdom.
One of the two smaller figures below is her persecutor, the Roman emperor Maxentius—to our knowledge a unique representation in Mexican sculptural relief. Starlike rosettes constitute the other facade reliefs. 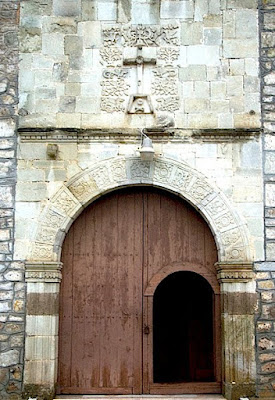 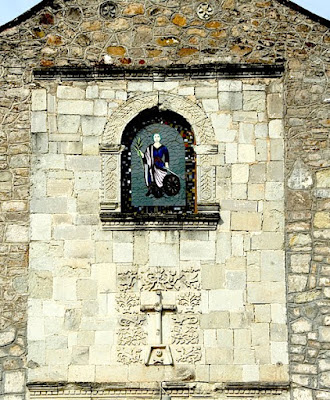 The present facade, although recently refaced, essentially dates from later colonial times when Lolotla became a priory in its own right.  Its richly carved doorway, choir window, and the wall cross mounted between them all date from this period. 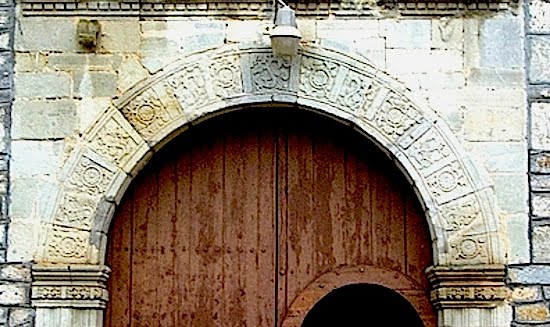 Stylized, foliated O and S shaped motifs * alternate around the arch of the doorway, while a chain of rosettes adorn the archway of the choir window. 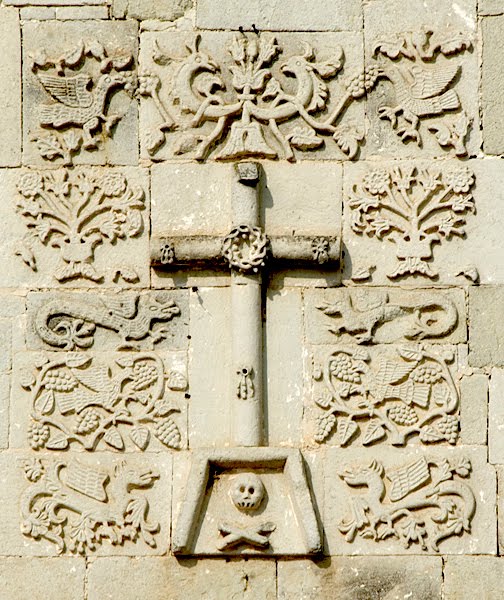 But the relief ornament framing the intervening wall cross is of most interest. Here phytomorphic dragons mix with urns and vines with eagles pecking on the bunches of grapes.

Above a skull and crossbones, the Calvary wall cross bears a crown of thorns at the axis with raised reliefs of Christ’s bleeding wounds on the arms and shaft—a thematic link to the grapevine reliefs. 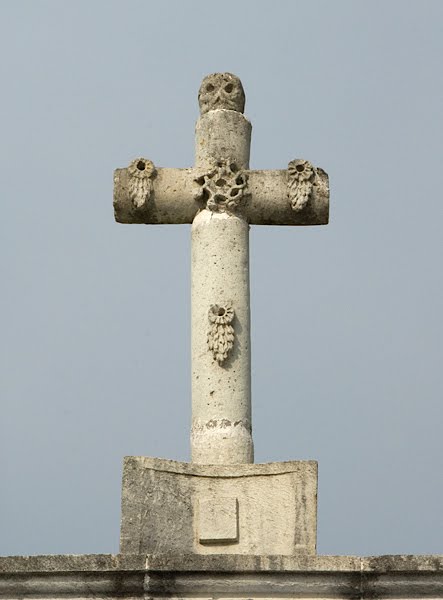 A second, larger cross atop the gateway to the atrium is fashioned in the same manner, except that here the skull is bizarrely placed atop the cross instead of below it as is customary.
* These letters may signify the O.S.A. monogram of the Augustinian Order.
* Check out our other Hidden Gems: Xichu de Indios; San Felipe Sultepec; San Pablo Malacatepec;  Ocoxochitepec; Mixquiahuala;