The Crosses of Tlaxcala

The churches of Tlaxcala are rich in colonial architecture, arts and artifacts, examples of which we have singled out in earlier posts.
One of the earliest groups of regional artifacts is that of carved stone atrium crosses, some dating from the 16th and 17th centuries. Most of the Tlaxcala crosses follow those of neighboring Puebla in form, with long, slender arms and shaft, often decorated with rosettes and other foliar motifs, and capped by ornamental INRI plaques.

In this post we focus on a distinctive group of crosses in the hinterland of the city of Tlaxcala, some in the shadow of the Malinche volcano. They follow the same outline and all are densely carved with small scale Passion symbols in relief, set within raised borders. Especially notable are the hirsute, frontal faces of Christ at the axis.
This regional cluster suggests, as in the case of the Puebla crosses we saw earlier, the work of a local, itinerant group of skilled stone carvers in the late 1600s. 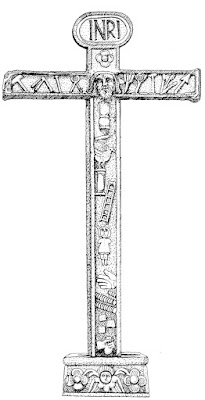 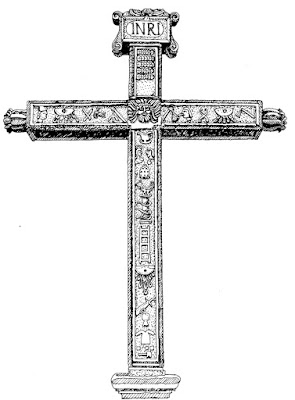 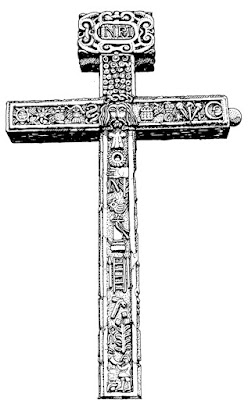 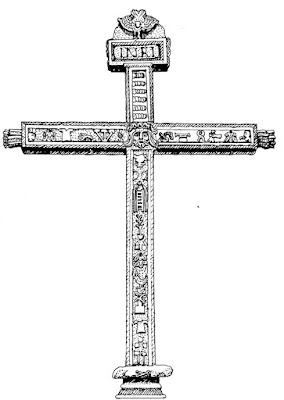 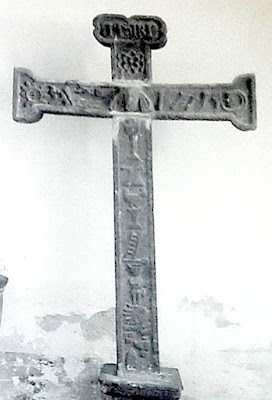 *  Breaking News...
The magnificent atrium cross at Teolocholco was recently broken into several pieces by an unidentified agency.  Hopefully it will be repaired and reassembled soon with only minimal damage.


Belén Atzitzimititlán cross photograph by Judith Hancock
Posted by Richard Perry at 10:12 AM