For the second of our two posts on San Agustín de Oaxaca we describe the altarpieces in the church.

If the church front is impressive, the interior is even more so.  The church is exceptionally well endowed with colonial art and furnishings. It contains several gilded baroque altarpieces of outstanding quality in classic Oaxacan baroque style, together with paintings and figure sculptures.

Side chapels and shallow transepts open off the nave towards the east end. 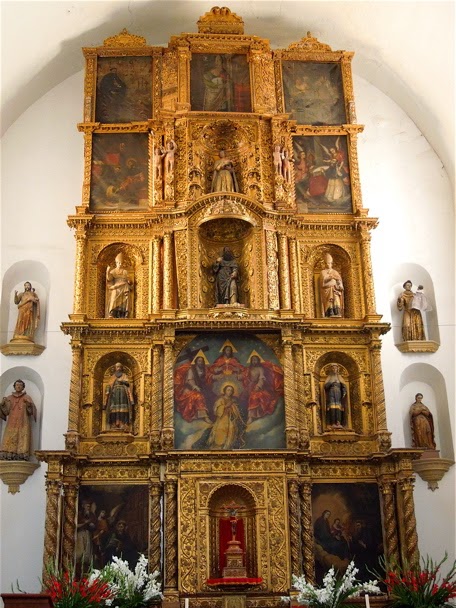 The Main Altarpiece
The apse can barely contain the towering retablo mayor, which rises in five stages, each filled with colonial statuary and paintings—possibly a composite made up of more than one retablo.
Sumptuously framed and gilded, its central pavilion juts forward, flanked by rectangular compartments bordered by slender spiral columns. Layered cornices with hanging spindles, decorative shell niches, and delicate passages of golden arabesque ornament complete the extraordinarily rich effect. 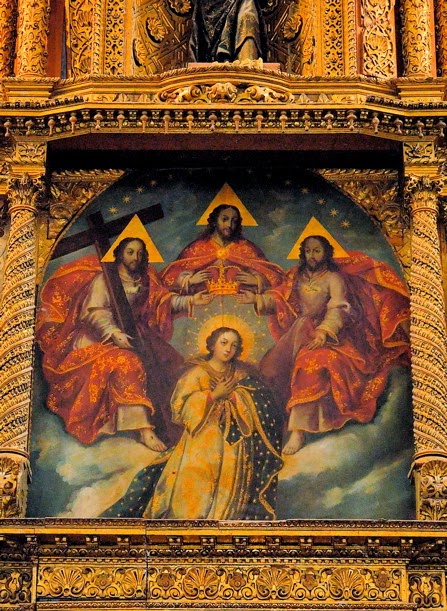 A striking, painted panel of the Holy Trinity crowning the Virgin dominates the second tier, all the figures clothed in flowing robes trimmed with gold. The panel is flanked by statues of St. Joachim and St. Anne, the Virgin’s parents.
Augustinian saints (San Alipio, Santo Tomás de Villanueva, San Juan de Sahagún & San Fulgencio Obispo) accompany the figure of St. Augustine above, while paintings in the upper levels portray scenes from his life. 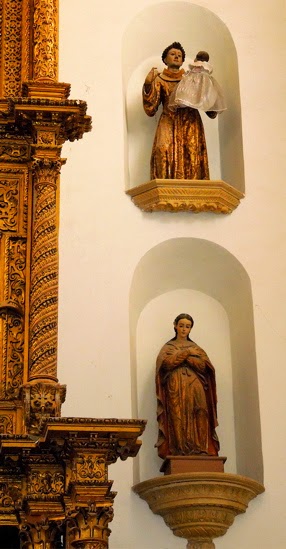 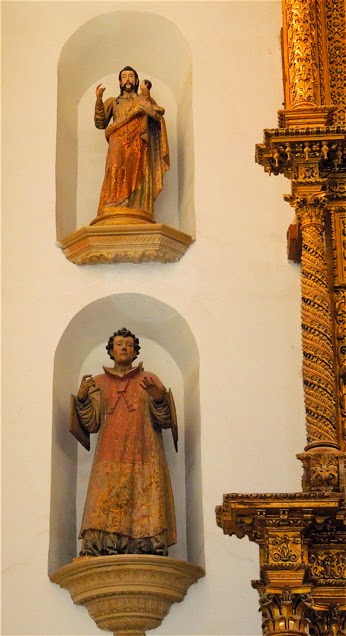 Elegant baroque statues of Augustinian and other saints rest in niches to either side of the altarpiece, some of which may be from another altarpiece.

Two gilded retablos in similar style face each other in the transepts. The altarpiece of St. Nicholas of Tolentino in the north transept—also attributed to the multi-talented Tomás de Sigüenza—features paintings of the saint's life signed by the 18th century Oaxacan artist Isidro de Castro. 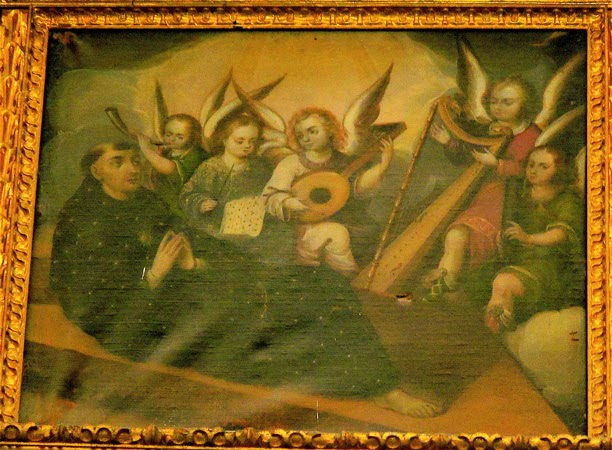 Although a kneeling, penitential statue of the saint occupies the upper niche, in the painted panel above he appears to be entranced by a serenade from a group of musical angels!

The retablo opposite is dedicated to St. Monica, the mother of St. Augustine, and frames scenes from the life of the young Christ and John the Baptist. At the top are portraits of the founders of the religious orders, St Augustine, St Francis and Ignatius Loyola. 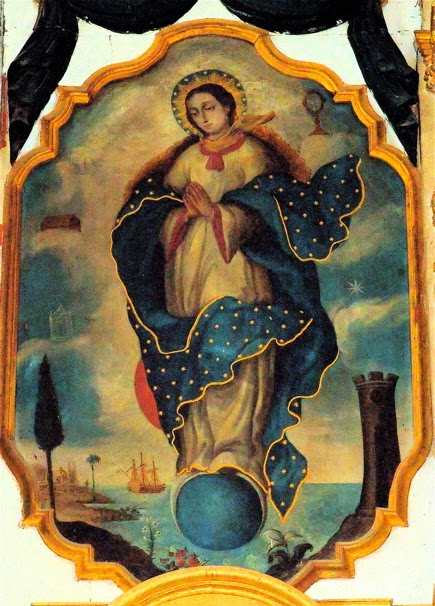 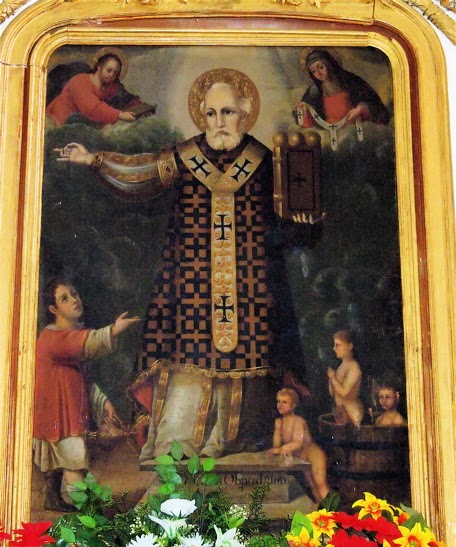 A pair of interesting colonial paintings hangs in a side chapel along the nave: a portrayal of La Purísima clad in a windblown, gilt-trimmed, star spangled, blue robe (left), and a patriarchal portrait of the other St. Nicholas (San Nicolás de Obispo) in his Y shaped robe and pallium embroidered with crosses, and bearing the three golden balls (right).