Located in the northwestern reaches of Mexico State, Jilotépec was an important indigenous Otomí center in ancient times. The 17th century church of San Pedro and San Pablo is noted for its late baroque gilded retablo as well as fine stone carving, in particular its decorative archways and monolithic font dating from the early Franciscan years. 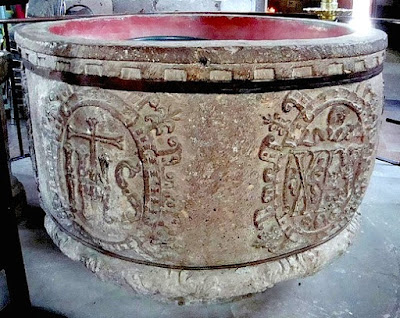 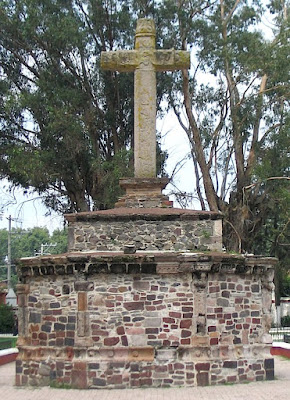 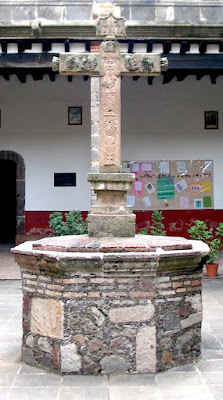 Also several distinctive carved stone crosses are found here, including the original atrium cross (left) dating mostly from the 16th century, and a smaller but more decorative cross (right) located in the cloister patio beside the church. 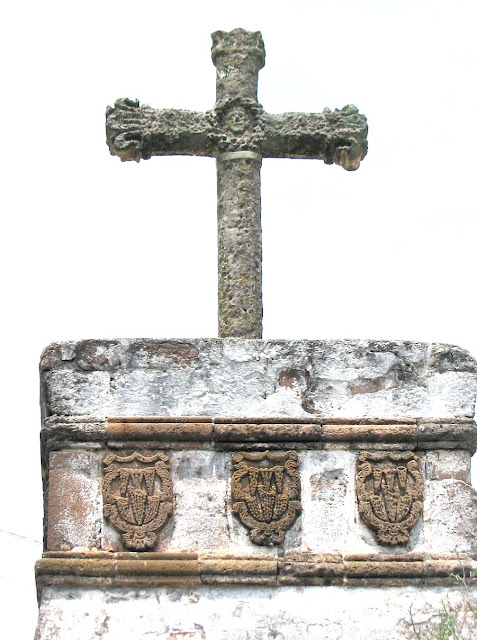 But perhaps the most interesting one, and the subject of this post is the so-called Cross of Doendó. Reputedly the oldest Mexican standing cross in its original location, this elevated Calvary cross, or humilladero, is mounted at a crossroads almost a kilometer from the church.

Its Otomi name signifies “built over stone” and in fact, a large number of stone objects and offerings were found buried at the base of the cross—evidence that the site remained sacred to both religions during the early colonial period. 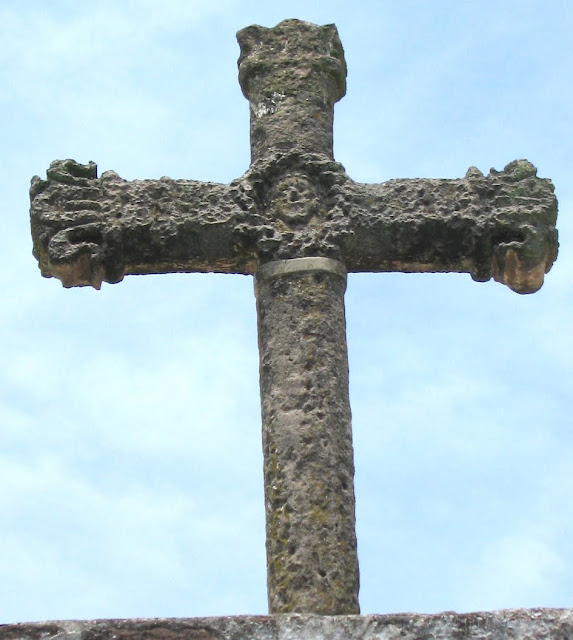 While the arms are rectangular in section, the shaft and neck are round or oval in section. The cross is now severely eroded, to the point where details of many remaining reliefs are almost undistinguishable. The only clearly identifiable motif is the Crown at the crossing, enclosing a worn Face of Christ. Wounds are barely apparent on the arms, which terminate in battered fleur-de-lys finials. 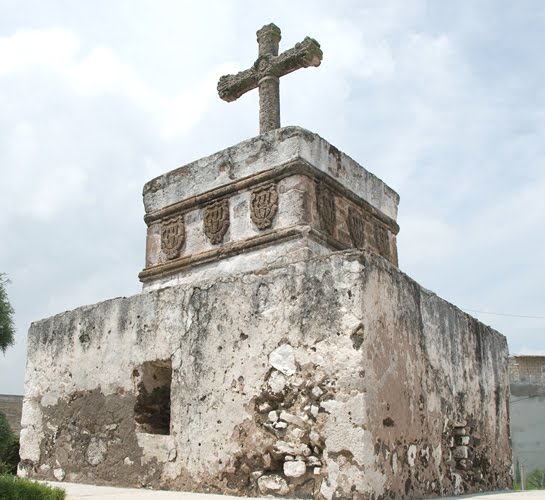 An enormous stepped base supports the cross, with relief medallions of the Stigmata prominently carved into its upper stage. A large, square recess below provides a place for offerings.
text and pictures © 2019 Richard D. Perry
Posted by Richard Perry at 12:38 PM