Facing its own open plaza, set apart from the other colonial buildings of Irapuato, El Hospitalito is reputedly built on the site of a 16th century hospital established by order of Bishop Vasco de Quiroga, soon after the city’s founding, to minister to the Otomí Indians of the fledgling settlement. 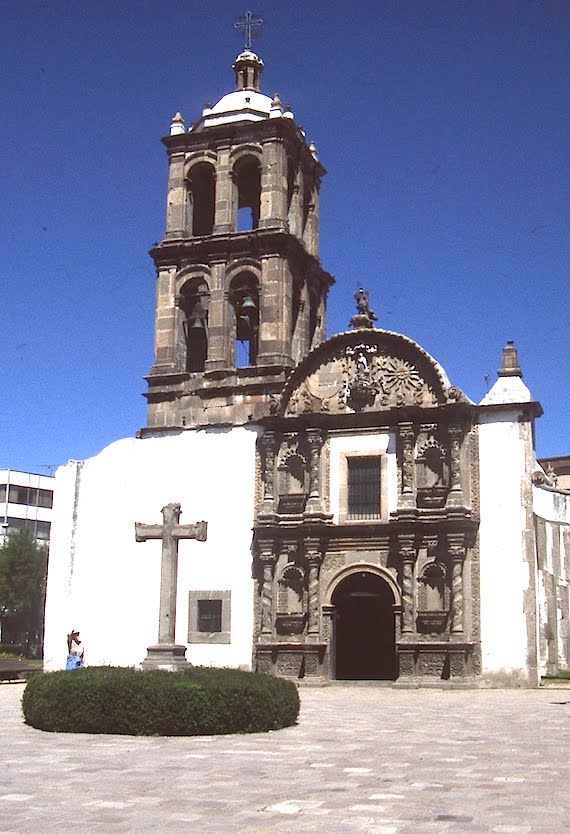 Its rustic retablo facade, dated 1733, is similar to that of the parish church in its emphatic outlines—the spiral columns and shell niches are heavily accentuated. But because of its popular baroque sculpture, it seems more approachable. 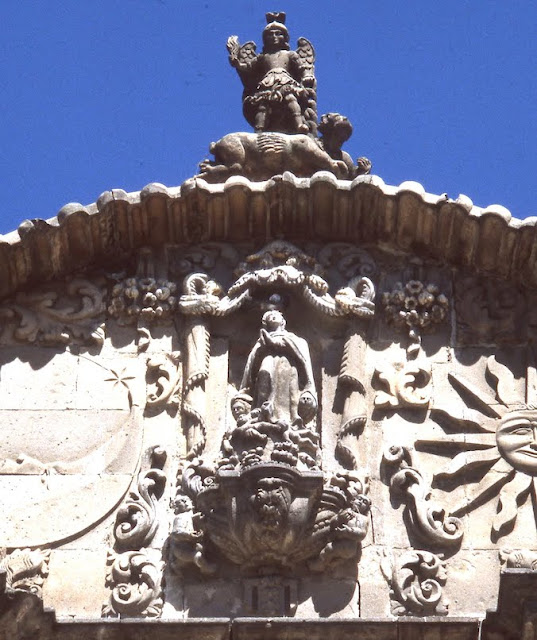 The bold scalloped pediment rising above the church front is reminiscent of the Nativitas Chapel in Salamanca. A statue of the Virgin of the Immaculate Conception, carved by the native sculptor Crispín Lorenzo, occupies the curtained center niche of the gable, flanked by outsize reliefs of the sun and moon—common symbols of La Purísima.  San Miguel stands in triumph atop a demon above the pediment. 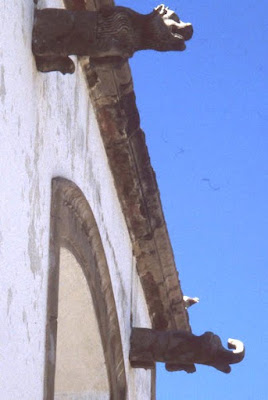 Hospitalito cross © Nick Brooker
A handsome stone cross, carved with Passion symbols, stands before the chapel door, and gargoyles in the form of elephants and alligators jut out from the parapet along the nave wall. The oversized tower is a later addition.