In colonial times, the Camino Real, or "royal road", ran from Mexico City through Oaxaca and then Chiapas - at that time part of Guatemala - on its way to the then capital of Antigua.
In the early years, the road followed an ancient Maya trade route south along the banks of the great Grijalva River, through the tropical Central Depression of Chiapas from Chiapa de Corzo to Guatemala.
Numerous pueblo-de-indio missions were founded by the Dominicans at strategic points along the old colonial highway through the tierra caliente. Most of these were, for various reasons, abandoned - usually because of depopulation - and the missions left to the mercy of the elements.
These included a quartet of still abandoned and less well known missions along the upper Grijalva River basin, a region known in colonial times as Los Llanos. 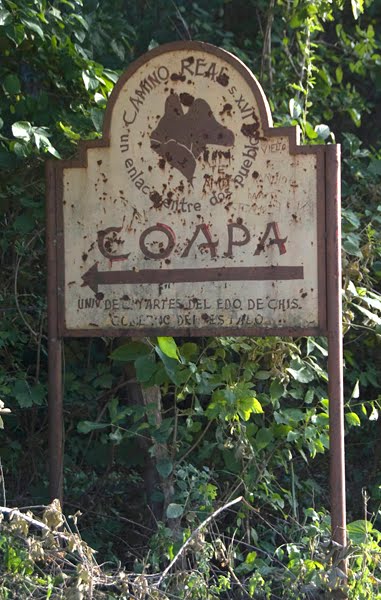 Coapa, Escuintenango, Aquespala and Coneta were initially visitas of the Dominican priory at Comitán, serving congregated villages of the now extinct Coxoh-speaking Maya. Later, all four became missions in their own right. During the1600s, masonry churches with elaborate fronts were built and small conventos added.
Although the crumbling fabric of these early missions has in recent years been partially stabilized, the conventos have largely disappeared and only fragments of the four churches remain - some remains more extensive than others.
Isolated in empty fields, these evocative monuments, however, share a regional, vernacular style of architecture. Although related to the larger Chiapas churches at Soyatitán, Copanaguastla, and that of San Sebastián in Chiapa de Corzo, these venerable buildings still present distinctive features.

We focus first on Coapa, now located on private ranch lands known as Rancho San Isidro Corral de Piedra.
Set in the swampy lowlands of the Central Depression, Coapa retains sections of its mission structures although in varying stages of decay. The earliest building is probably the T-shaped structure behind the main church. This may be part of the original 16th century mission - possibly an open chapel with a wood or adobe nave attached. Only part of the facade now stands, although this includes the remains of an attractive arched doorway framed by an alfiz and crudely carved rosettes. 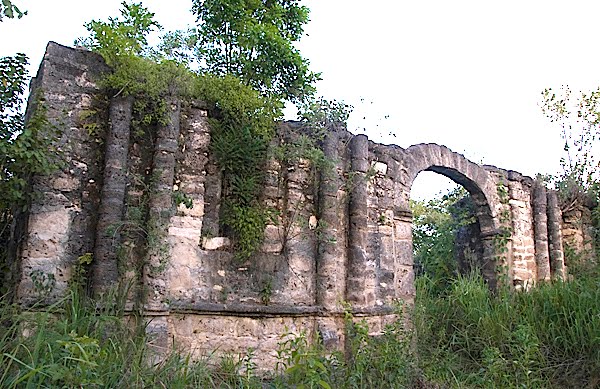 The church dates from the mid-1600s. Its thin walls of coarse rubble are set in mud and chinked with pebbles - a pre-hispanic practice. These have mostly collapsed, however, although a small section of the north nave wall still stands, enclosing a classic Dominican window frame with recessed jambs. Only the lower tier of the facade survives, divided into three bays in a primitive "retablo" design with an arched main doorway and lateral niches separated by double half-columns.
Here the stoneworking is finer, suggesting a later date, although the facade was no doubt originally faced with decorated stucco. A ruined range of rooms, part of the convento, stands to the north of the church. Other foundations, including the possible base for an atrium cross, lie on the south side.

Posted by Richard Perry at 8:19 AM