Tlaxiaco
From prehistoric times Tlaxiaco, located in the Mixteca region of northern Oaxaca, has straddled the main trade route from the Valley of Mexico to the Pacific coast (now Rte 125).  Recognizing its strategic location, the Aztecs established a garrison here in the 15th century to control commerce as well as access to the surrounding highlands.
Following the collapse of the Aztec empire and the founding of the Spanish settlement, a substantial Dominican mission was established here in the 1540s—the first in Oaxaca.

The church at Asunción Tlaxiaco is a classic statement of the Dominican high style, with some of its elements, including fluted columns and the broad coffered archways, derived from antiquity via the work of the Renaissance designer Sebastiano Serlio. 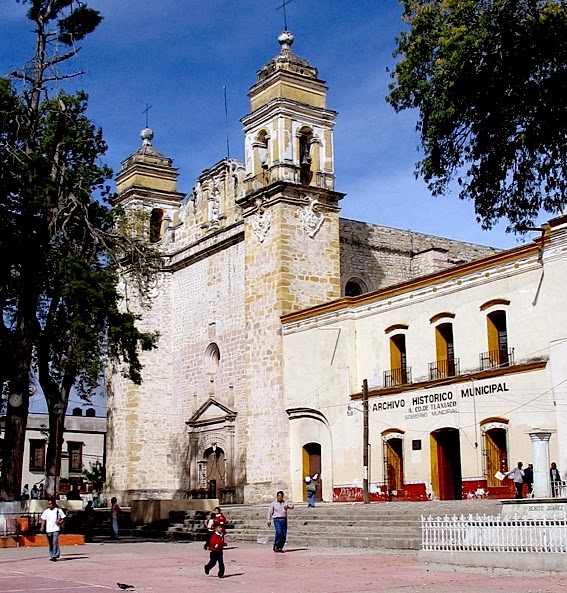 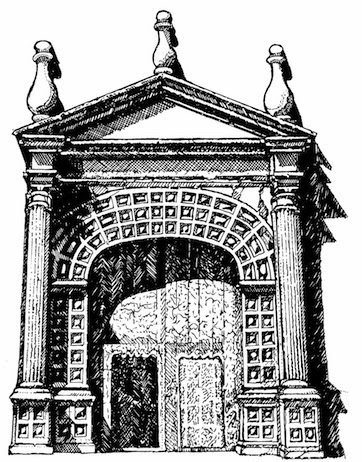 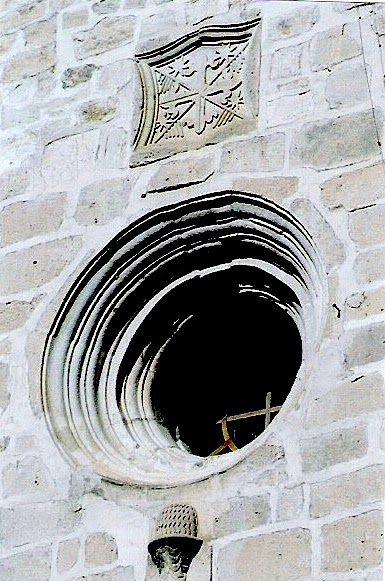 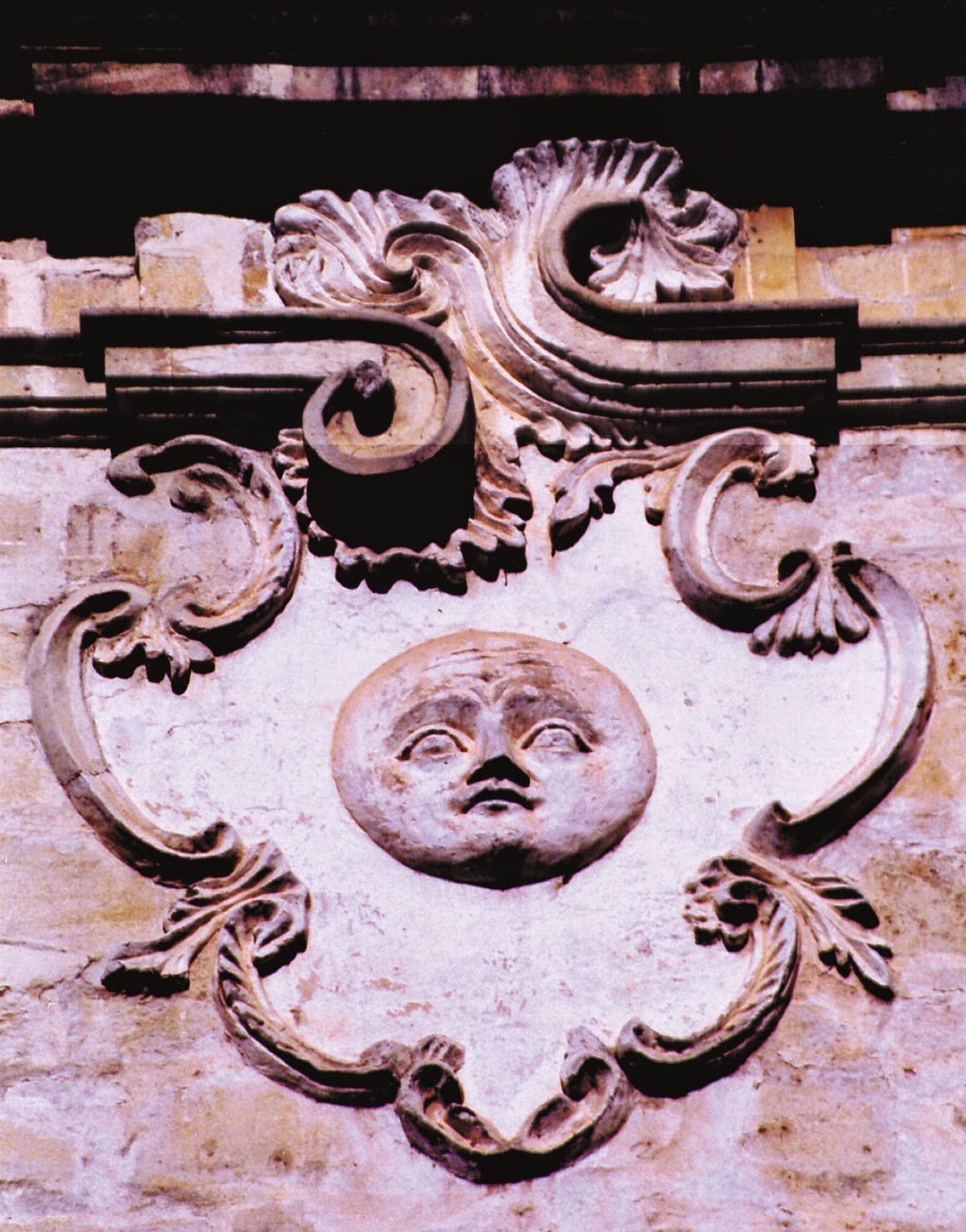 images © Felipe Falcón
Above the doorway, only a simple bull's eye window and the Dominican cross pierce the plain surrounding stonework.
In the upper facade, this classical severity is softened by later additions, notably the towers and a prominent projecting cornice that wraps around the buttresses, interrupted at intervals by “cut and curl” rococo flourishes—a decorative device repeated in the gable above.
A scalloped niche in the broad gable houses a graceful statue of La Purísima—the patron saint of Tlaxiaco—swathed in folding robes and crushing the serpent’s head beneath her feet.

Although a neoclassical makeover has stripped the church interior of many of its colonial furnishings—notably a wealth of fine altarpieces, including a 16th century main retablo reputedly the work of the renowned designer and painter Andrés de Concha—the triumphal arch of the apse, densely coffered like the west doorway and other openings along the nave, remains in place, probably the first of its kind in Oaxaca and a possible precursor of the majestic coffered apses at Cuilapan and Yanhuitlan to the south. 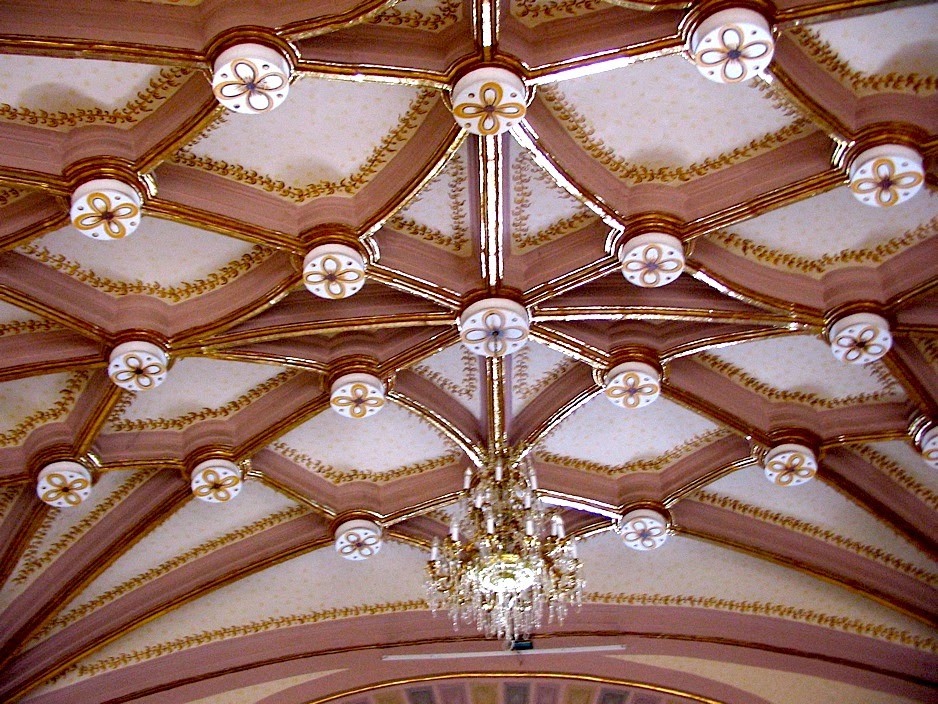 Four lofty ribbed vaults, also from the 16th century, cover the bays along the nave, each springing from drum corbels set in a running cornice that encircles the nave in classic Dominican style.
The newly renovated, ribbed under choir, decorated in white, beige and gold with prominent carved bosses, is especially stylish. 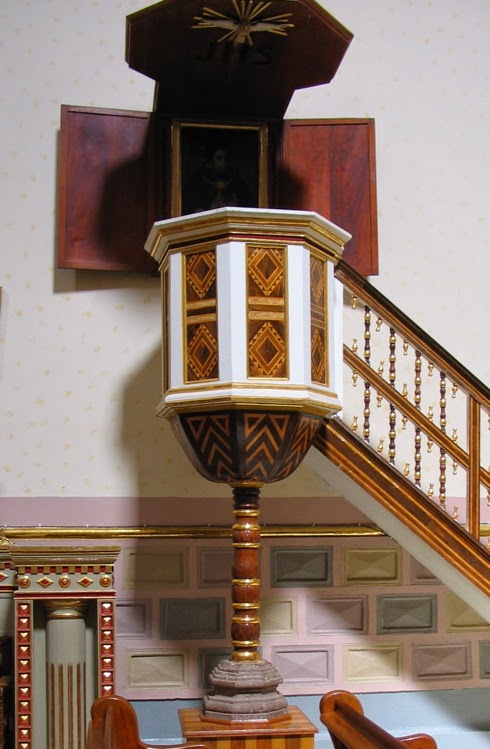 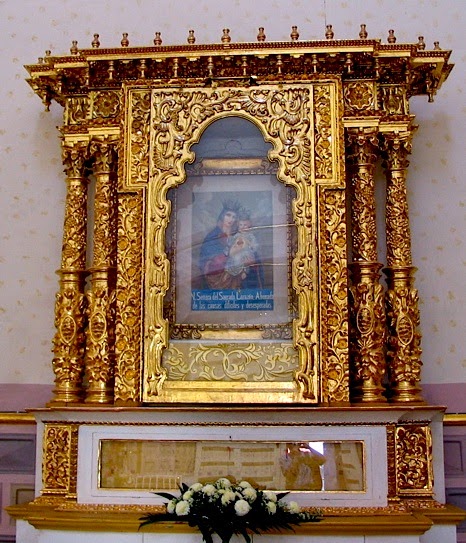 Despite the later makeover, few colonial furnishings have survived inside the church, notably an inlaid pulpit and a partial, gilded retablo in classic Oaxacan baroque style. 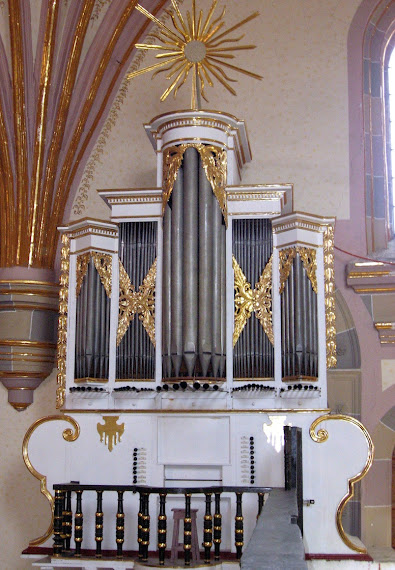 There is also a grand, early 19th century pipe organ, set on its own elevated balcony beside the choir loft. Now restored to playing condition, it is one of the most sonorous in Oaxaca—whose musical timbre we enjoyed during a concert there on our recent Historic Organ tour.


text © 2007, 2014 Richard D. Perry. graphic by the author. All rights reserved
photographic images by the author and Felipe Falcón

Posted by Richard Perry at 2:42 PM