Oaxaca. Treasures of Tlacolula: The Church

Tlacolula: the church
Compared to the Silver Chapel, the ornamentation of the main church seems rather dull. Nevertheless there are several colonial art works of interest along the nave. 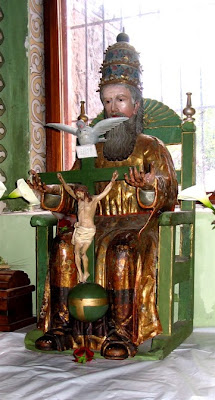 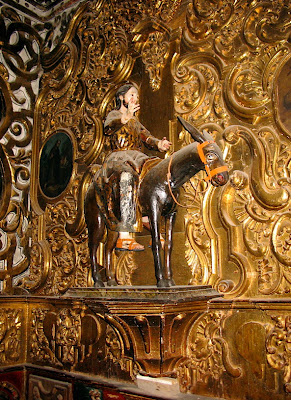 Statuary includes a complete and typically Oaxacan Holy Trinity and several sumptuously costumed 18th century figures including the Virgin of the Assumption and St. Joseph as well as a charming folkloric statue of the Entry into Jerusalem.
Details on these and other carved figures can be found on the updated Stracke web site. 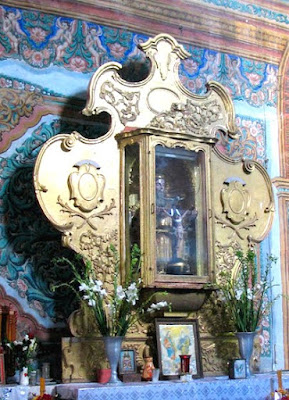 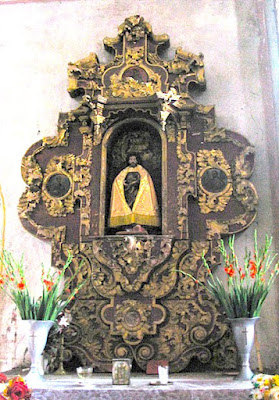 Among the more unusual items is a pair of smaller "medallion" style retablos along nave, whose central images are encased in curvacious rococo frames inset with painted or relief medallions. 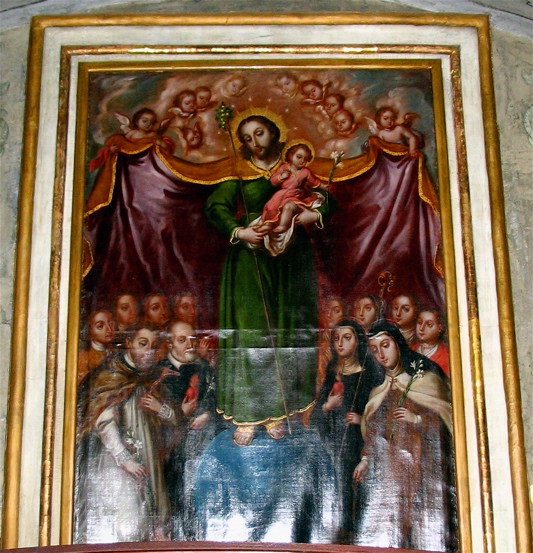 Several late colonial paintings in popular baroque style line the walls of the church and its annex. Just inside the west doorway hangs an unusual painting of great charm depicting an ethereal St. Joseph as Protector of the Faithful surrounded by dignitaries and winsome Dominican nuns.
Side rooms off the former cloister also contain colonial art works of interest notably a charming painting of the Virgin and Holy Trinity with gold trimmed robes in Oaxacan "barococo" style, and an enigmatic portrait of a female martyr with an animated bull—possibly St. Lucy?. 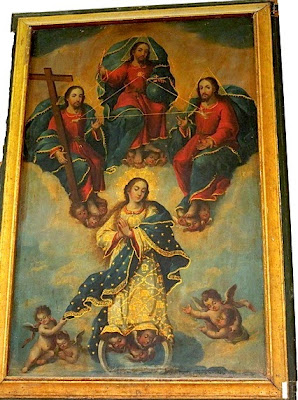 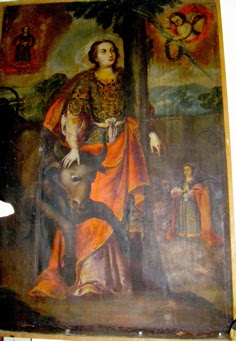 text © 2005 and 2014 Richard D. Perry
Color images by the author, and courtesy of IOHIO, Richard Stracke and Felipe Falcón.