Art of Oaxaca: The Nativity of the Virgin Mary

We follow our post on the Virgin with Portraits of St. Dominic with a look at several portrayals of The Nativity of the Virgin Mary,  as seen in Oaxacan churches. 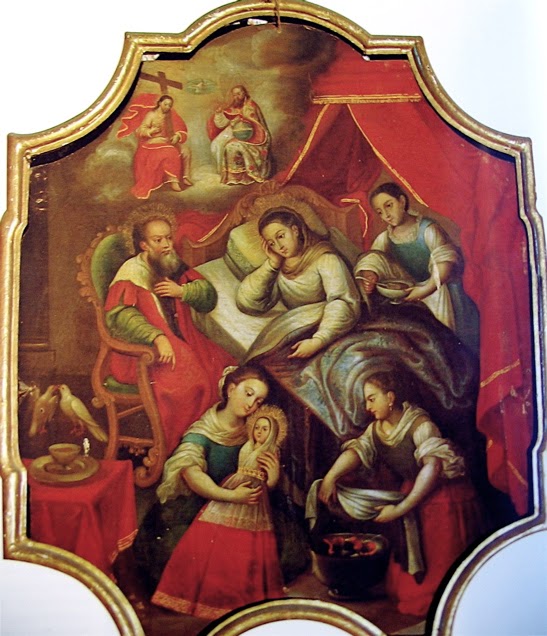 In an earlier post we referred to this endearing painting of the Nativity of the Virgin, located in the city church of San Felipe Neri, by the distinguished 18th century Oaxacan artist Marcial Santaella.
This work portrays an alert St. Anne, the mother of the Virgin Mary, reclined on a curtained bed as the aged St. Joachim sits on an elegant chair beside her. One attendant holds the elaborately swaddled infant while others present food and warm a blanket over a brazier.
The Holy Trinity looks down from above while a pair of doves—a symbol of St. Joachim—commune in the background. The fine clothing, rich, red furnishings and the many servants present reflect the wealthy household into which Mary was supposedly born.
Versions of this event that appear in several Oaxacan churches, as elsewhere in Mexico, are generally portrayed in an accessible, folksy style that emphasizes its popular appeal in a domestic setting.
These intimate scenes dispense with the elaborate architecture, and the numbers of attending angels and distinguished witnesses to the event often shown in European art, while prominently including Joachim, who was customarily excluded from the birthing chamber in many medieval portrayals.
Part of the Christian story since the era of the early Church—although apocryphal and not canonical—the increasing popularity of the Nativity of the Virgin during the later colonial period in Mexico reflected a heightened interest in the controversial doctrine of her Immaculate Conception, as promoted by the religious orders, especially the Franciscans. 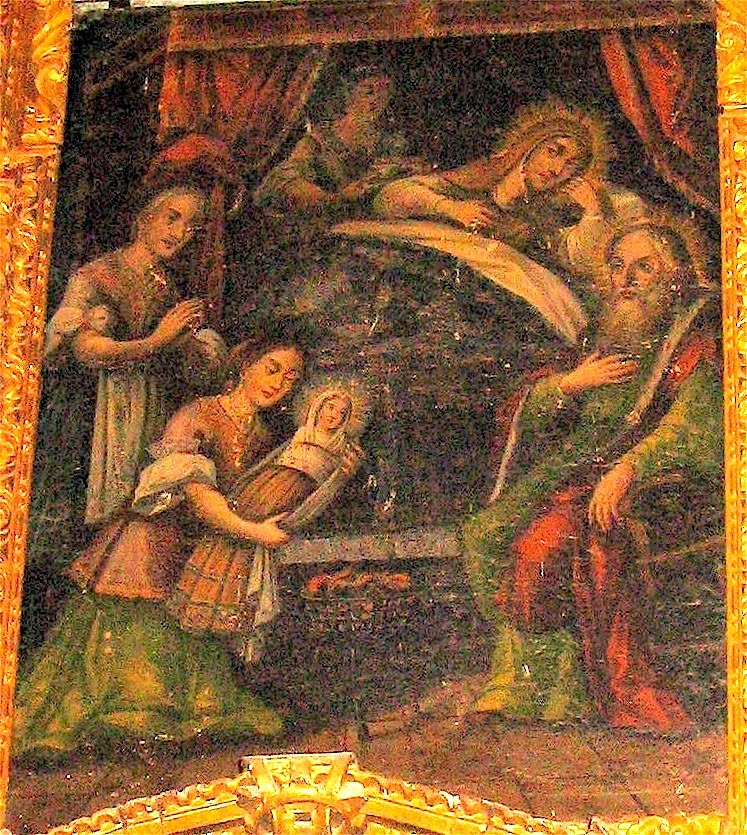 Another example, so far unrestored, can be seen in the church of Zautla, north of Oaxaca city, where, along with other scenes from the life of the Virgin Mary, the Nativity acts as the focal painting in the lateral retablo of the Rosary.
Many of the same elements are here: the seated patriarch Joachim with his hand on his heart, the fine furnishings, the servants, the warming brazier, etc., although this version is even more intimate, with a close focus on the curtained bed. No celestial onlookers here.
The portrayal of the birth of the Virgin in such a luxurious setting both prefigured and acted as a counterpoint to the later birth of Christ in much more humble surroundings. 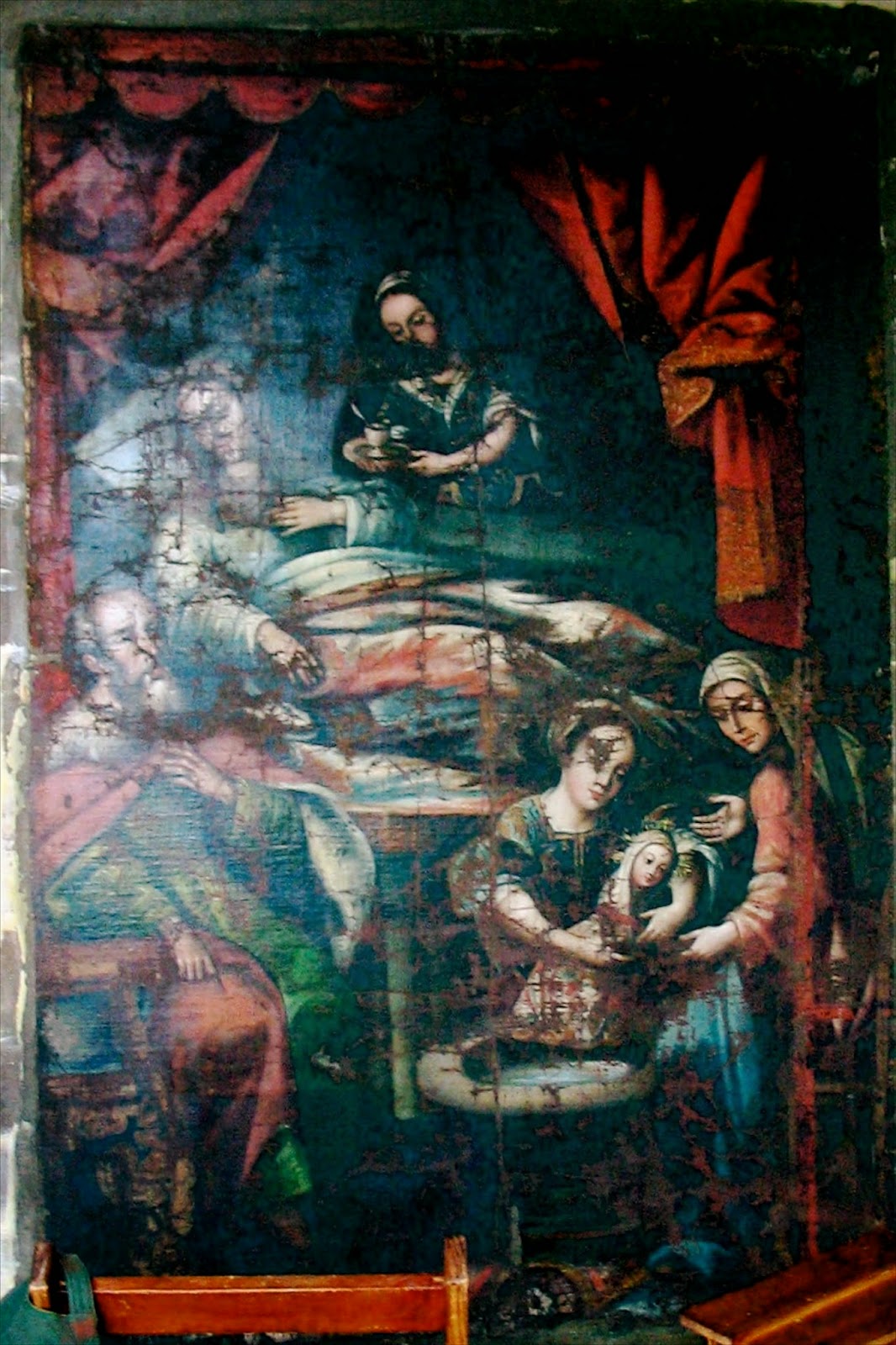 A third painting on the Nativity theme, in even poorer condition although undergoing restoration, comes from the historic church of Teotitlan del Valle, a well known textile village south of the city of Oaxaca, dedicated to the Virgin of the Nativity.
Once again, bed curtains of sumptuous red velvet closely frame the scene as Joachim, richly attired in his traditional green robe, watches the infant Mary being washed by two servants—the focus of the painting.
Here too Joachim appears as a witness to a miracle rather than a participant, underscoring his special but limited role as defined by the Immaculate Conception doctrine, as well as prefiguring the parallel situation of St. Joseph in the birth of Christ.
text and images © 2014 Richard D. Perry