We bring our series on the painted churches of Michoacán to a close with a look at a barrio chapel in the old colonial mining town of Tlalpujahua, in the far eastern part of the state. 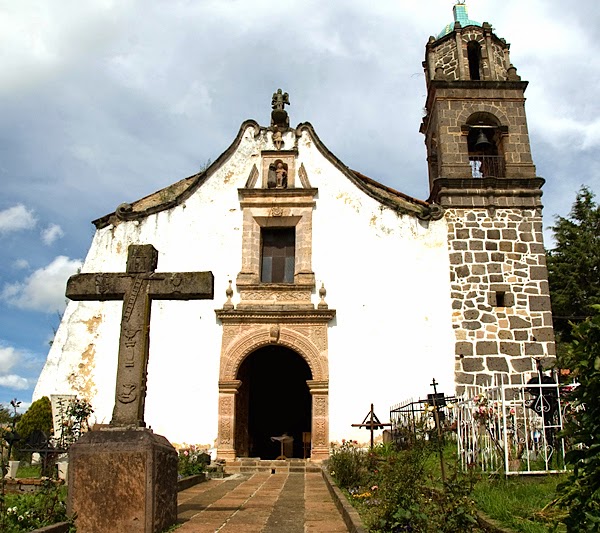 Tlalpajahua is best known for its distinctive baroque church of El Carmen (San Pedro & San Pablo—see below).  It is also home to several interesting barrio chapels, notably that of El Señor de Los Zapateros.
Founded by dissident miners as early as the 1500s, this hillside community flourished in later colonial times under the aegis of its wealthy and powerful cofradía. 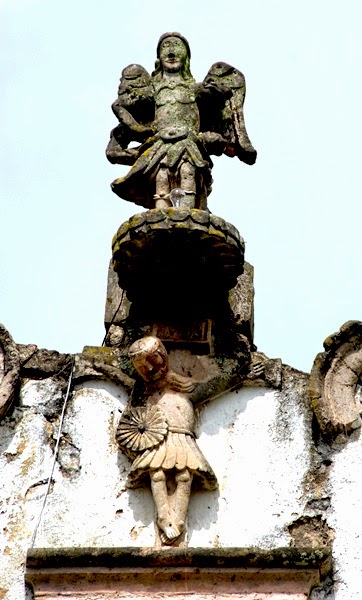 Among the chapel’s many notable artistic features is the stuccoed façade, sculpted filigree doorway, and its lofty gable adorned with sculptures of the Archangel Michael and the patron saint. 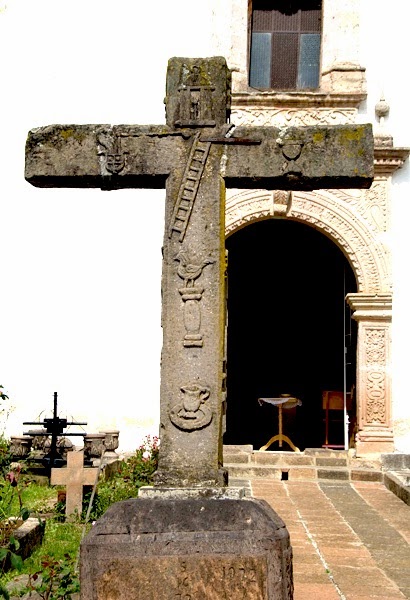 Out front is a rustic stone cross carved on both sides with the Instruments of Christ’s Passion.
On the face shown here we see, from the top, a Lantern, a Ladder, a Column with Cockerel and at the foot, a Jug and Ewer. Corn plants curl up on the sides. 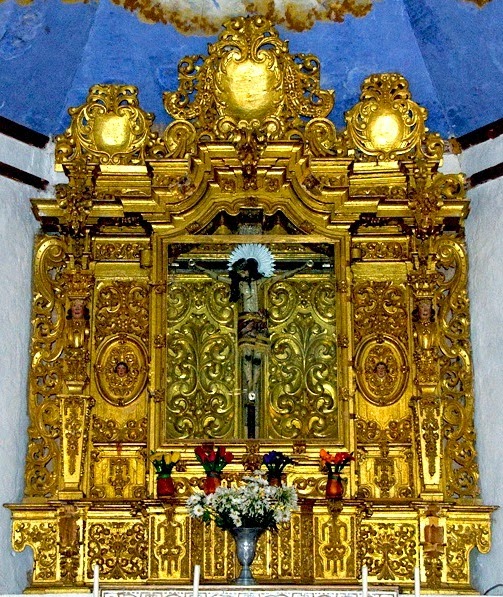 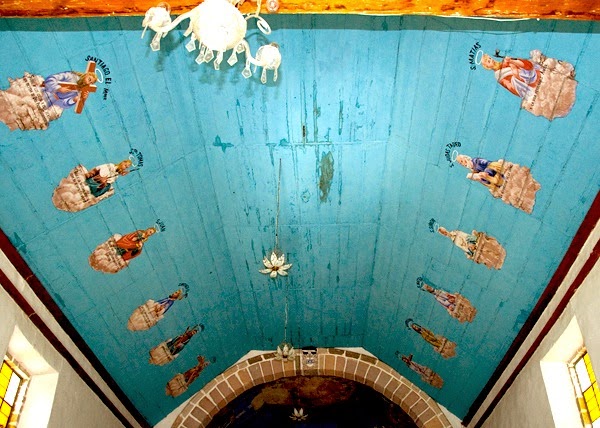 The Ceiling
But the most striking feature in the chapel is its wooden artesonado ceiling suspended above the nave. Its deep blue expanse is dotted with folkloric depictions of all Twelve Apostles, brightly colored in a palette of browns and ochers accented with red and blue.  These are undated although recently restored and repainted. 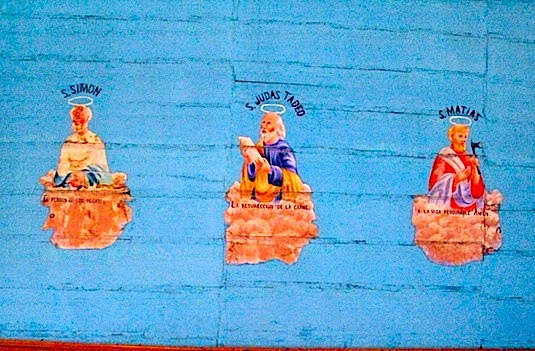 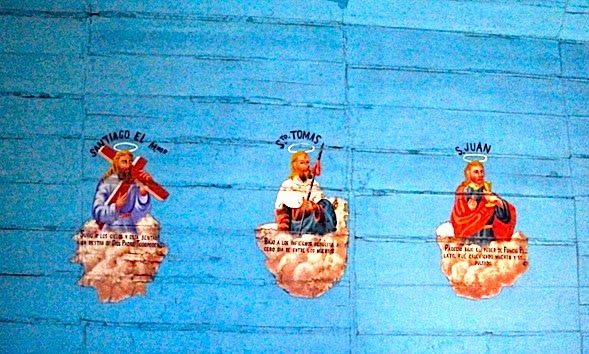 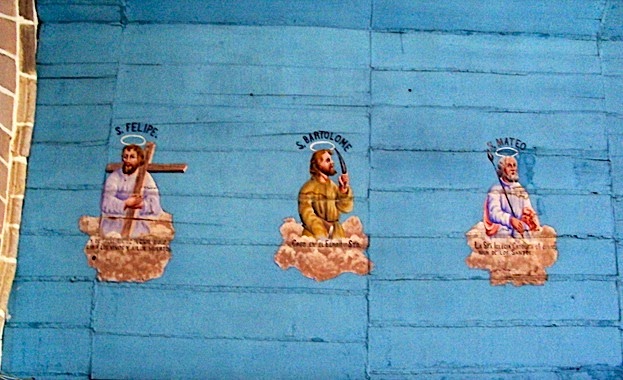 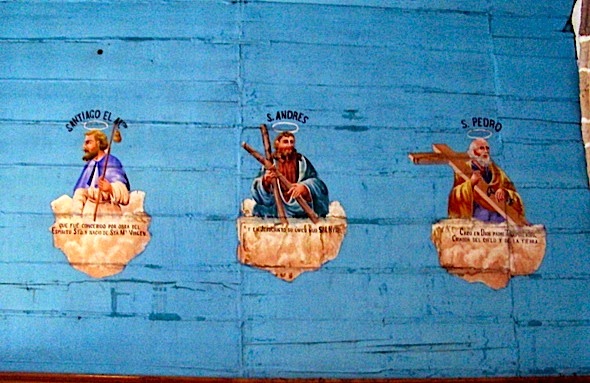 Portrayed in a variety of attitudes, the haloed saints are shown emerging from a bank of frothy clouds, each along with his name, traditional attributes and, as at Charapan and Corupo, inscribed with a line from the Apostles Creed. 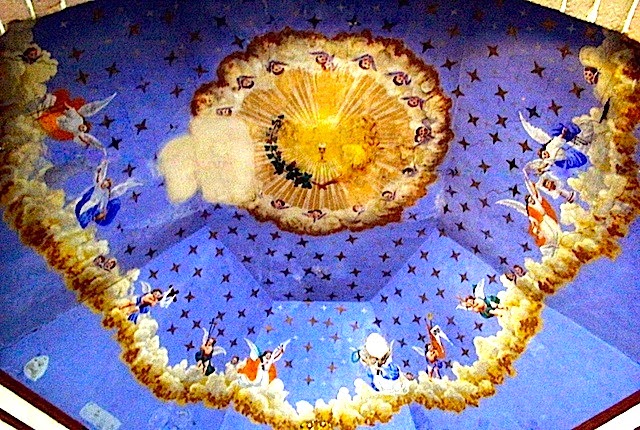 This celestial theme is further enhanced by a dazzling “Gloria” painted on the fan of the apsidal vault.
A golden sunburst emanates from the host rising from the chalice at its center. The gloria is ringed with rose tinted clouds and stars beyond which winged angels hold up the Instruments of Christ’s Passion—a radiant vision of Heaven for the faithful.