Chikindzonot: The Legacy of Pascual Estrella

For our third and final post on colonial Yucatán this month, we turn to one of its formerly ruined but recently repaired and refurbished frontier churches.
In 1853, during the devastating Caste War, Maya rebels burst from the surrounding jungle into the eastern town of Chikindzonot. After massacring the non Maya inhabitants, they sacked and burned  the town including the elegant colonial church of La Candelaria.
Chikindzonot lay abandoned for almost a century and until the late 1900s the roofless shell of the church was open to the elements.
Typical of many frontier Yucatecan churches in style, the handsome stone structure had been built by the secular clergy during the expansion of the colony into eastern Yucatan during the mid 1700s. Set on a lofty limestone outcropping beside a large cenote—which gives the site its name—the imposing twin towered church is approached by a long stone stairway.
However, Candelaria Chikindzonot was set apart from other frontier churches by the quality of its stone carving, executed by the indigenous Maya sculptor Pascual Estrella (a Spanish version of Ek, meaning star—a popular Maya name)
Although Estrella worked on other area churches, notably at Ichmul, Sabán and Tihosuco, the imaginative variety and skill of the stonework at Chikindzonot —much of which survives—is extraordinary.
A grand west porch, framed in provincial baroque style, first impresses the visitor. Complex estípite style pilasters are carved with frontal figures of Adam and Eve, and surmounted by statues of Saints Peter and Paul. 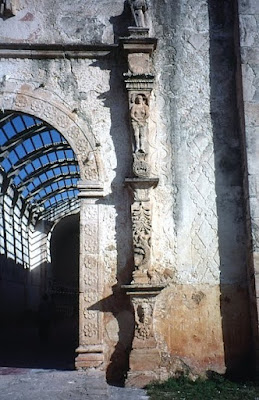 Reliefs of masks, serpents and dragon like fish also adorn the doorway. 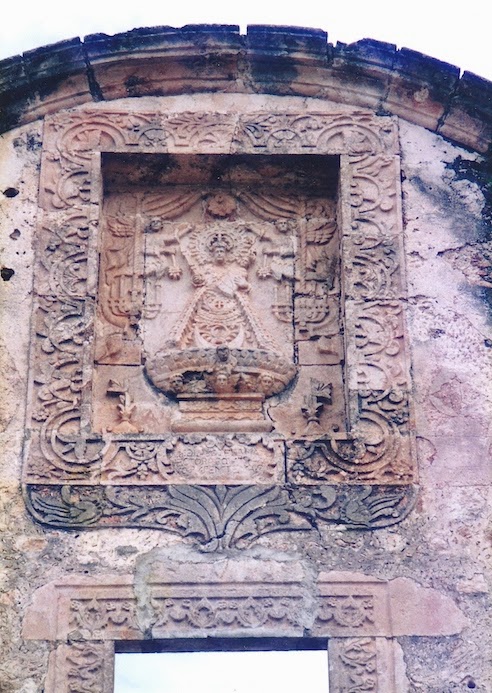 But perhaps the most striking feature of the facade is the complex relief in the crowning pediment. In this virtuosic, stylized composition, the figure of the Virgin of Candelaria is set in an elaborately carved canopy surrounded by a radiant nimbus. Ornate candelabra, censer swinging angels and bands of floral stucco ornament complete the tableau.
Inside the church, naive angels and lions decorate the sanctuary arch and the massive baptismal font, also carved by Estrella, which has miraculously also survived. 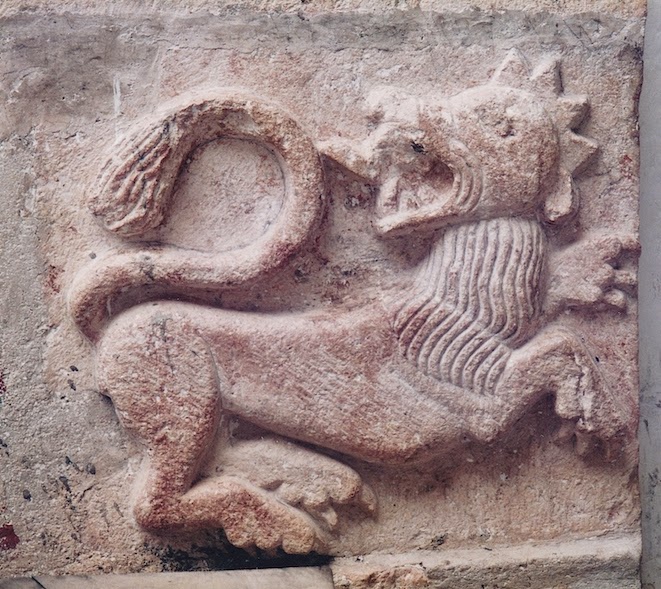 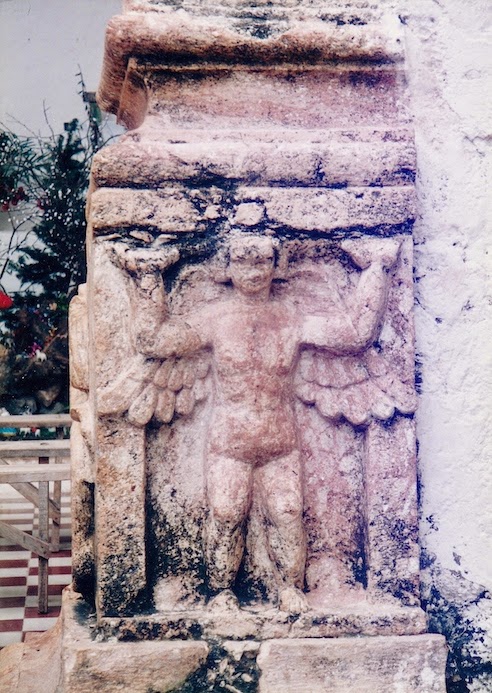 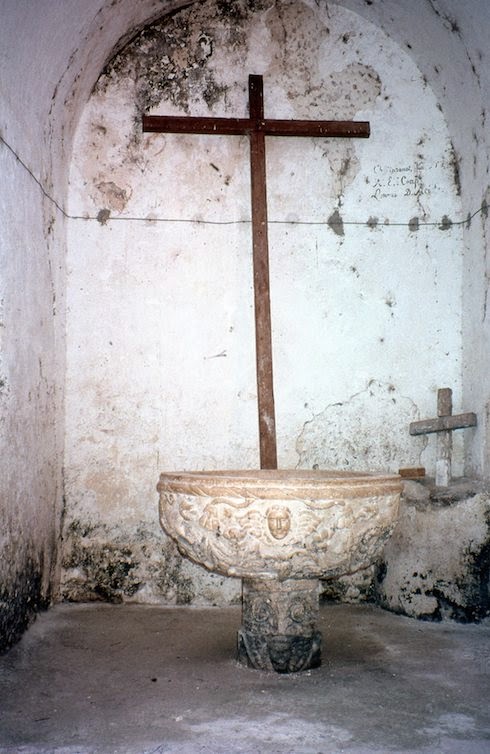 Since 2000, repair, reconstruction and conservation of the church have gone forward, with a new concrete roof and a dramatic painted facade, erasing in the process many traces of its troubled past.

Posted by Richard Perry at 8:44 PM