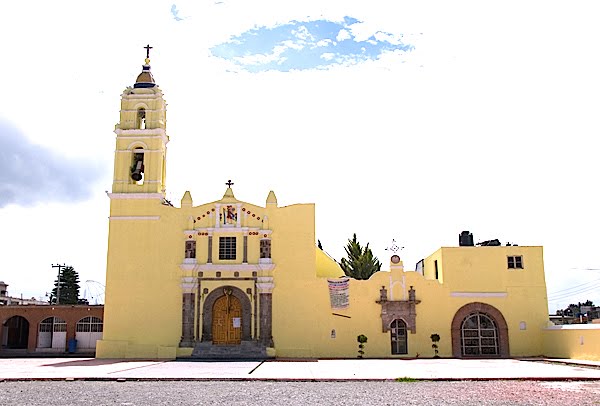 This former salt making village on the shores of Lake Texcoco is home to a handsome temple dedicated to St. Christopher. (San Cristóbal) 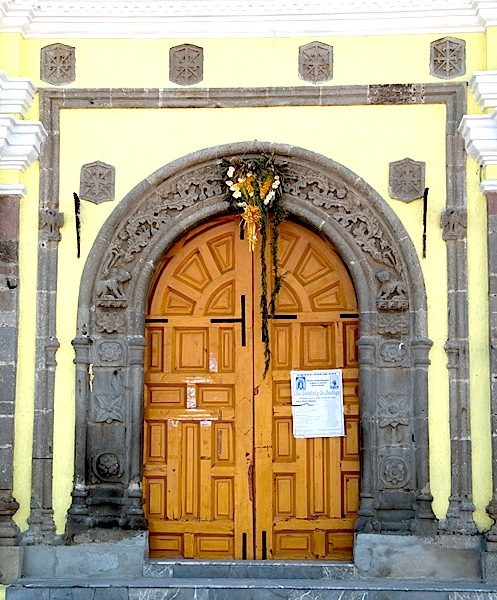 Fashioned from dark basalt, the rounded west doorway may date from the late 1500s. It is framed by an elegant alfiz and carved with several medallions that incorporate the Dominican fleur-de-lis cross. 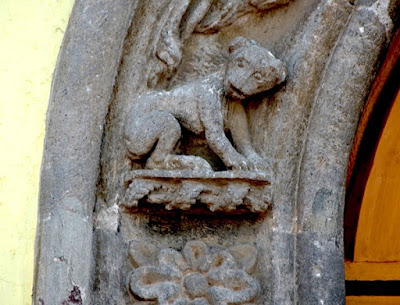 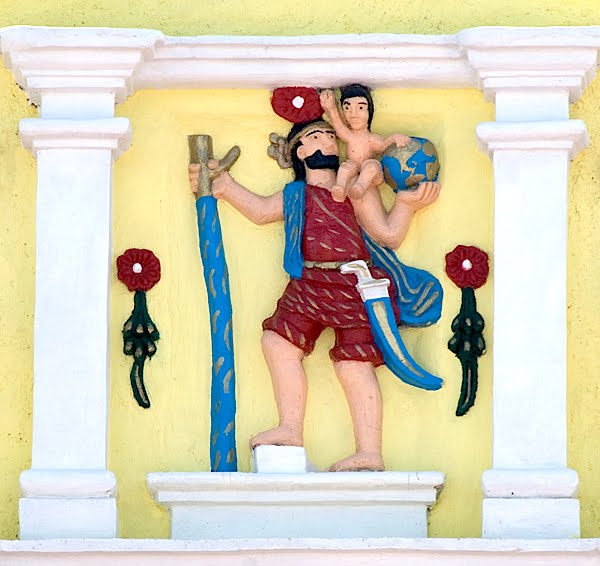 Other carvings in folkloric style at Nexquipayac include a painted relief of the patron St. Christopher in the upper facade, the young Christ on his shoulder, flanked by bleeding, rose like wounds.
Inside the church, a scaly fish poised above a holy water basin is supported by an odd dancing figure.

Another item of early stone carving is the former atrium cross in the churchyard. A similar, plainer but related cross stands atop the gable. Both feature outsized heads of Christ in the regional manner (Acolman). 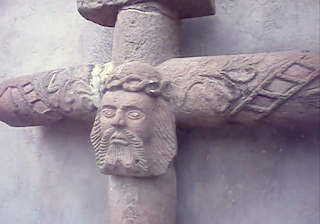 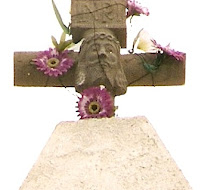