San Martín Alfajayucan. the monastery and its murals

Here is the first of two posts on this early Franciscan monastery in Hidalgo. The second will describe the unique atrium cross there.

ALFAJAYUCAN
Where the Waters Rise
San Martín Alfajayucan is a spartan Franciscan monastery located in the chaparral dotted badlands of the western Mezquital, about 50 kms north of Tula, in the state of Hidalgo. 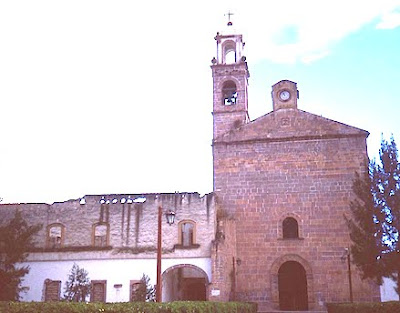 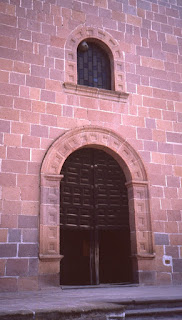 The lofty church front is a tapestry of neat ashlar stonework in mingled hues of ocher, rose-red and hyacinth.  Coffered diamante panels around the arches of the west door and the choir window are the only adornment, reminiscent of the Zempoala and Tula facades. 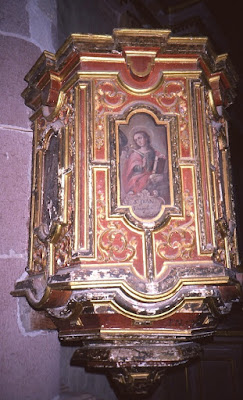 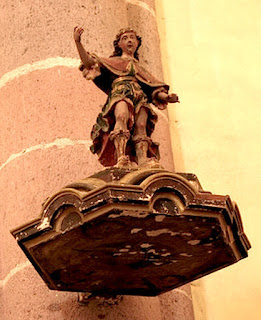 The church interior has been largely stripped of its colonial furnishings, although the exquisite baroque pulpit, dated 1772 and inset with portraits of the four Evangelists and surmounted by a finely finished statue of St. Michael, still remains. 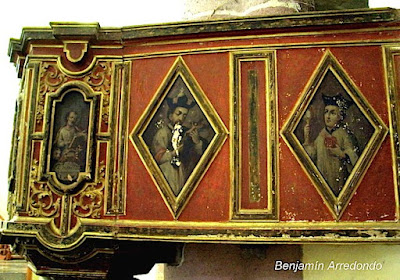 Breakin news...
The formerly blocked portería to the convento on the north side of the church has just been opened up, and its colonnade restored. Now, the grand open chapel behind the arcade is exposed and fully restored, revealing a spectacular new dimension to the monastery.
Murals of the Annunciation—Mary on one side and the Archangel Gabriel on the other—have been uncovered in the spandrels of the chapel arch. Fragments of other murals line the walls, awaiting further restoration. 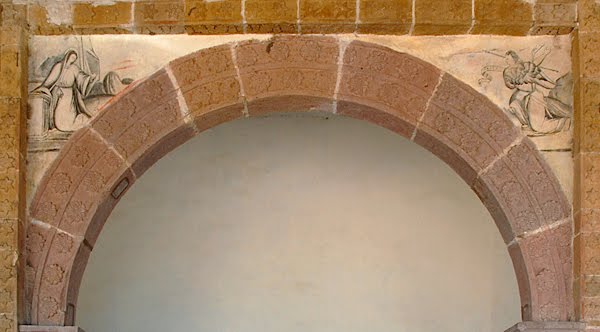 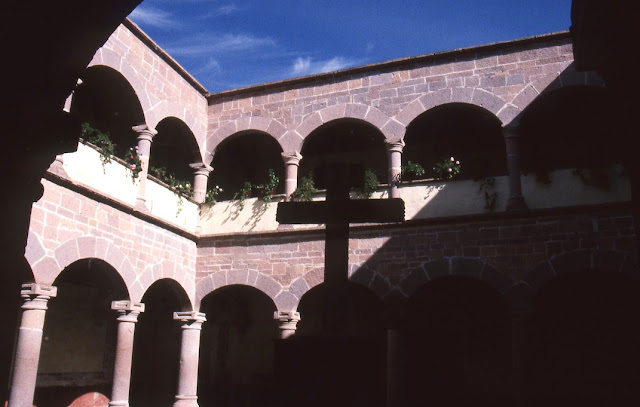 From the single open bay of the portería, a long, narrow passage leads the visitor into the clean cloister, cut from attractive, pink and lavender stonework like the facade.
As with the portería arcade, plain unfolded arches rest on ringed columns with coffered slab capitals and bases severity is somewhat softened by the  tones of the masonry. A carved supporting corbel is dated 1585. 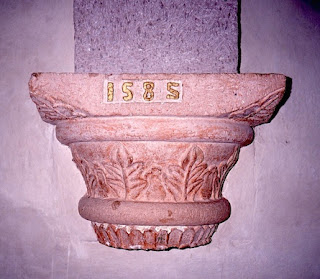 The Murals
Although most of the multi-colored frescoes that once embellished the cloister walks have disappeared, a few fragments remain to brighten these austere precincts. 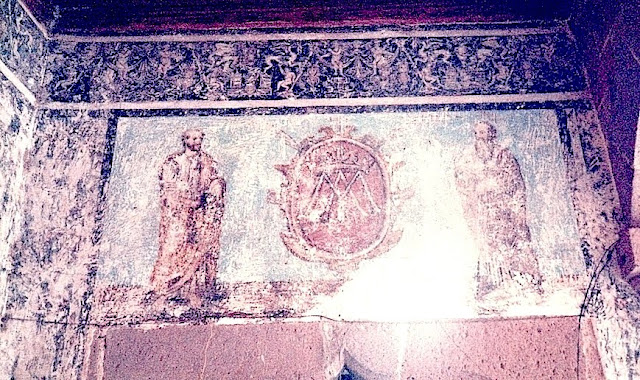 A large, oval Maria monogram, flanked by full length robed figures of saints Peter and Paul, is emblazoned above the entry arch against a faded blue background. The doorway is framed by panels of detailed grotesque ornament with putti entwined in foliage. 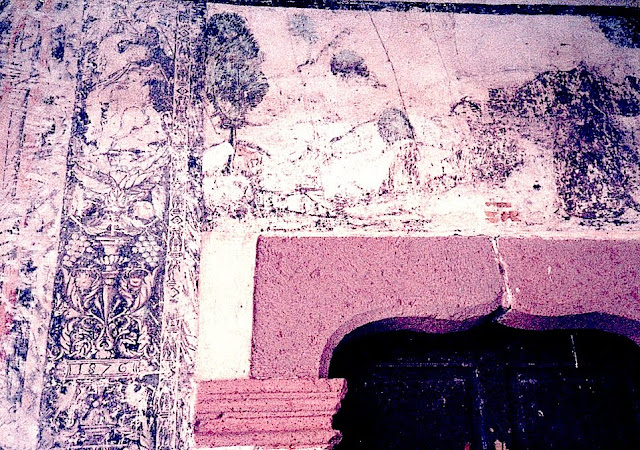 Above the Isabelline arch of a doorway along the north walk appears the vestigial figure of St. Francis Receiving the Stigmata, set in a wooded landscape with rocks, animals and other unidentifiable figures—the only narrative mural now in evidence at Alfajayucan.  Painted panels flanking the doorway include Plateresque candelabra also with the date 1576—a rare dated mural.
Another partial Annunciation scene unfolds on one of the arcades—a portrait of Mary. 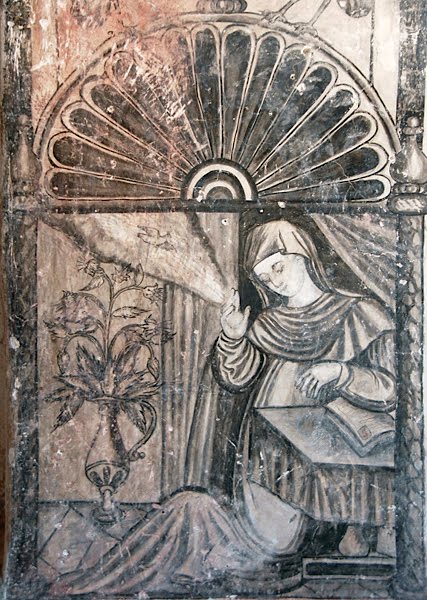 Along the cloister walks, a sinuous upper frieze portrays angels, demonic masks and winged horses (pegasi) picked out in white against a sepia background.