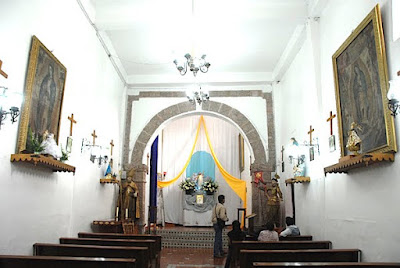 In our second post on Los Reyes Ixtacala we look inside the church with a special focus on the sanctuary arch.

Although the nave has been re roofed and repainted, the original sanctuary arch has fortunately been conserved largely intact—a stand out in the otherwise plain, whitewashed interior. 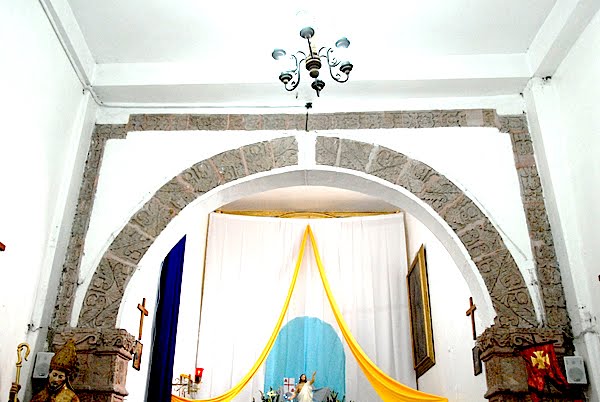 Dating, like the facade, from the mid-16th century and sculpted in similar style, the archway and its supporting pillars are densely carved with foliage and classic Franciscan motifs. 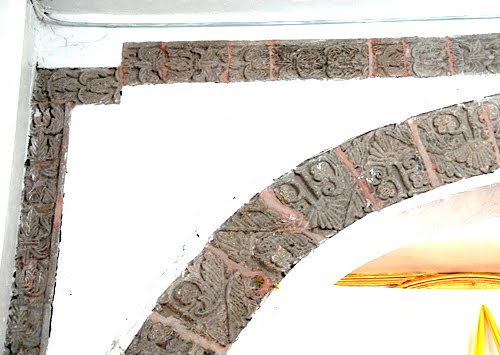 A series of stylized foliar reliefs, with leaves and fronds assertively carved in the early tequitqui manner, make up the broad archway and its rectangular, notched alfiz above. 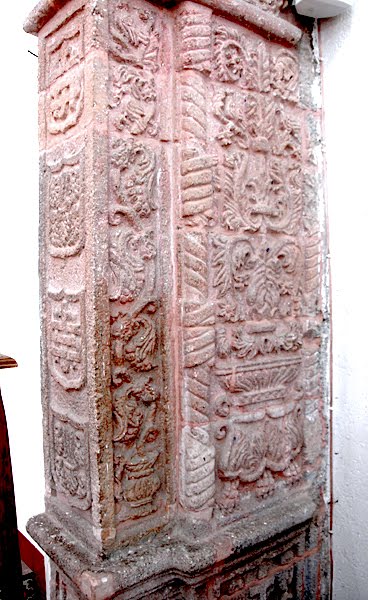 Franciscan insignia, including the Stigmata (Five Wounds) and the Jerusalem cross, are set in heraldic shields along the vertical panels of the complex pillars, together with intricate, foliated reliefs and "grotesque" style urns, and framed like the facade by the knotted cord of the Order.  Scrolled capitals studded with rosettes and beads cap the pillars. 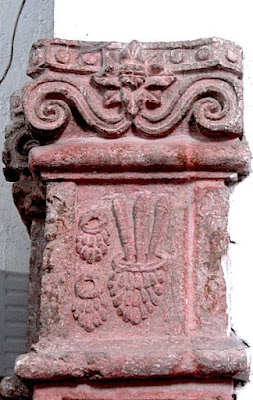 The high quality and extent of the sculpted sanctuary arch and its supports suggest that it may at one time have framed an open chapel.
text © 2016 Richard D. Perry.
color images courtesy of Niccolò Brooker
Posted by Richard Perry at 11:47 AM