Our friend and long time Mexico aficionado Niccolò Brooker has honored us over the years, by allowing us to display his spectacular photography of numerous colonial sites and art works, the product of his unerring eye for telling detail.
In addition he has ventured to and documented many outlying colonial gems previously unknown to or unexplored by us.

Bravo Niccolò!
The church of Los Reyes Ixtacala is just one recent example.  Our post, using his images, is in two parts: first the exterior and then the interior.
Los Reyes Ixtacala
Houses of Salt
Located formerly on the shores of Lake Texcoco, this ancient salt making community* was home to one of the earliest 16th century visitas of the great Franciscan monastery at Tlalnepantla. 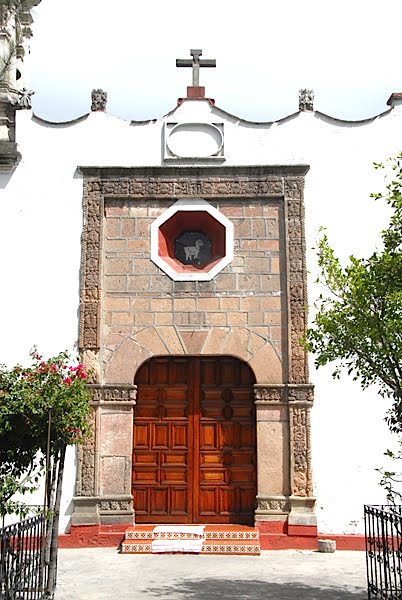 Few early Franciscan carved facades survive unaltered.  This relatively obscure example is one, although there are some gaps.

The sculpted porch is fashioned in classic tequitqui style, with a square alfiz prominently outlined by the familiar knotted cord symbol of the Order.

The Doorway
Banded capitals and bases with carved rosettes and curling acanthus foliage frame the broad doorway, distinguished by its plain, basket handle arch and wide inner jambs.
In contrast, the outer jambs are densely sculpted in grotesque style with foliated panels in high relief.  Cactus reliefs appear at the top of each panel—an unusual indigenous touch. Sculpted capitals on either side display the Franciscan emblem of the Stigmata (Five Wounds) flanked by archaic relief angels. 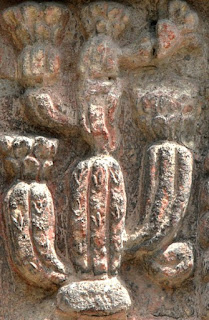 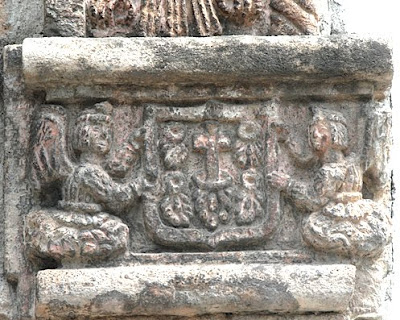 The Alfiz
A sinuous, foliar motif with folded and unfolding leaves is repeated along the alfiz at the sides and on top, subtly morphing into a double headed Hapsburg imperial eagle above the doorway capitals. 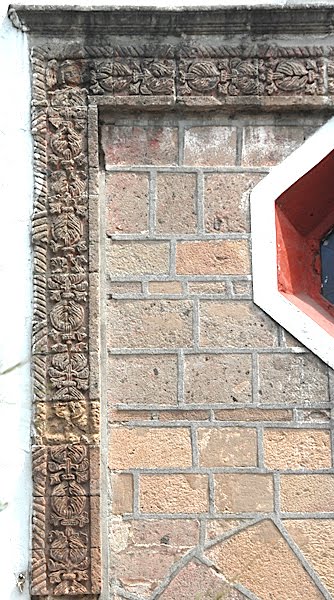 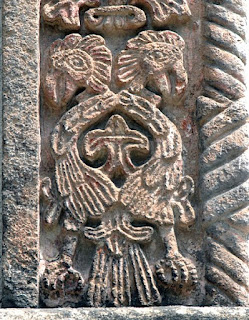 Angel's heads anchor the corners and a central relief again shows the Stigmata. Flecks of red and blue throughout indicate that the entire facade was at one time brightly colored, an even more impressive sight—delightful though it is—than it appears today. 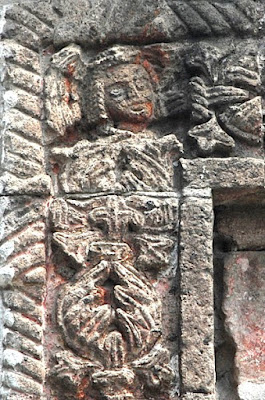 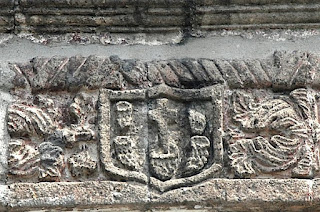 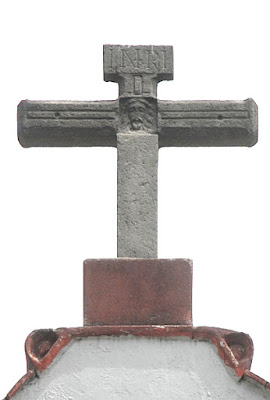 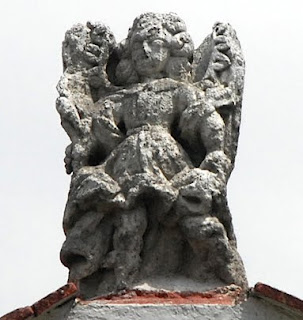 Addition sculptural highlights at Ixtacala include a carved roof cross, several statues of archangels and even embedded Aztec stonework.