In a previous post we described the grand painting at San Juan Coixtlahuaca depicting the meeting of saints Francis and Dominic, by the painter Pablo José de Talavera, one of a noted family of poblano artists, who also worked in Oaxaca. 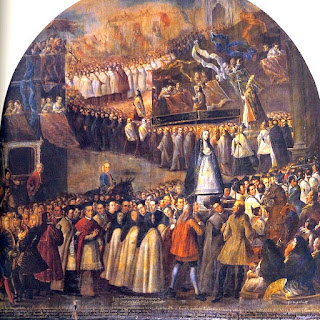 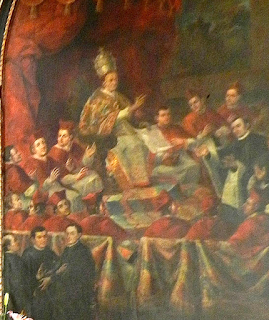 images by José Ignacio Lanzagorta
Talavera is credited with two other monumental paintings of historic events, both hung in the 18th century church of La Soledad in the city of Puebla.

The first depicts a crowded procession of the image of the Virgin of La Soledad through the streets of the city, while the second records the issuing of a papal bull that authorized the building of the new church. 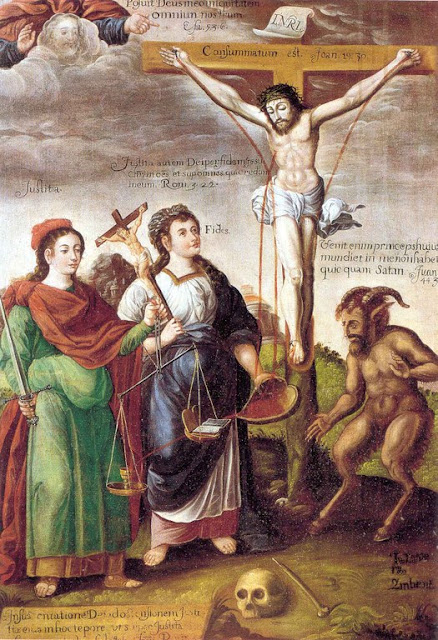 Recently our attention was drawn to another canvas by Talavera, executed on a more modest scale, in the Pueblan monastery church of San Miguel Huejotzingo.
This richly colored composition illustrates in a popular style the theme of the Fulfillment of Christ—a doctrine according to which the events in Christ’s life and death were thought to fulfill many of the prophecies in the Old Testament.
The painting depicts Christ on the cross, flanked by the figures of Justice and Faith on the left, and a horned and goat legged Satan hunched on the right. Justice wields a sword and scales while Faith holds a crucifix and a heart shaped vessel to catch the blood of Christ. The painting is inscribed with several relevant biblical quotations in Latin.
The painting is signed "Talavera imbent (inventor)" emphasizing the artist’s creative achievement in addition to his artistic proficiency, and thus his professional status as a “learned practitioner of a noble art.” 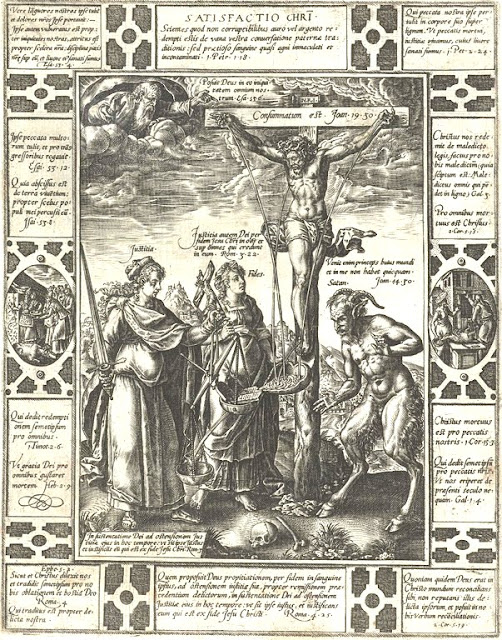 However, according to our colleagues at PESSCA, the image is an almost exact copy of a 1578 engraving by the Flemish printmaker Hendrick Goltzius, part of a series on The Allegories of Faith.    Nevertheless, the confident adaptation of the small print to a larger format, with vivid, added color and finely observed detail, testify to Talavera's skills as an artist and draftsman.

text © 2017 Richard D. Perry
color images by José Ignacio Lanzagorta and courtesy of PESSCA
See our sister site for a series on the Huejotzingo murals. 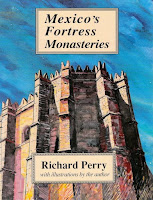