We renew our series on Tlaxcalan altarpieces with a visit to Amaxac de Guerrero.
Although Amaxac (Between Divided Waters) was reputedly founded as early as 1521—even before the defeat of the Aztecs—under the personal sponsorship of the conquistador Hernán Cortés, in the mid-1500s the mission remained a minor visita of the Franciscan monastery in Tlaxcala.
But by the 1600s a more permanent church and convento were in place, now dedicated to the apostle and martyr St. Barnabas. 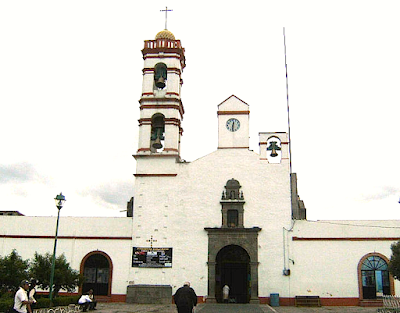 The rather austere church front features a typically severe Pueblan classical porch cut from dark stone. A statue of the patron saint stands in a niche above. The facade is enlivened by its soaring tower, capped by a colorful tiled cupola. A segmented stone cross carved with Passion symbols, rises above the churchyard gateway.

Although much of the church interior was later refitted in the neoclassical mode, with several altars in that style, the earlier main altarpiece remains in place. 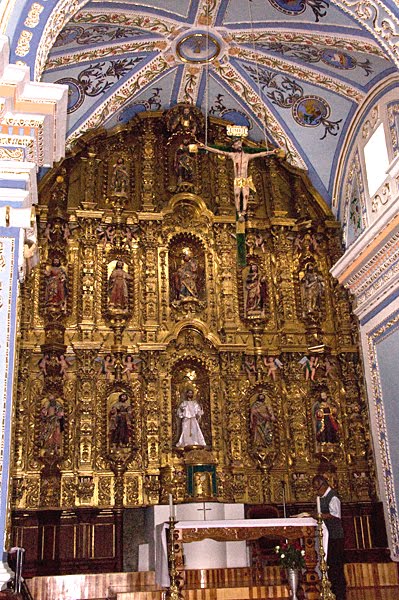 The Retablo Mayor
Like several other 18th century Tlaxcalan altarpieces, this lofty gilded structure is fashioned in late baroque style, faced with estípite pilasters and alive with prancing angels. Ornate shell niches house a variety of saints including St. Barnabus in the center holding up the gospel of St. Matthew. 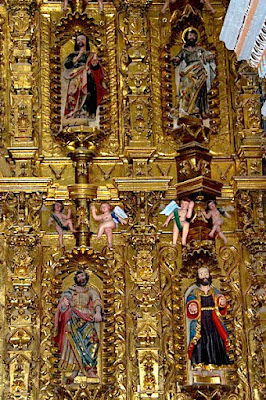 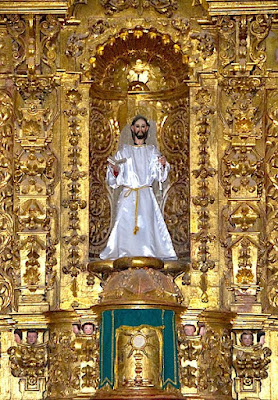 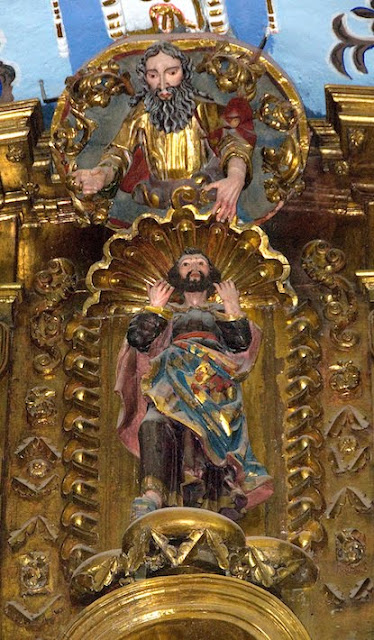 The other 18th century works of interest, currently held in the church sacristy, are paintings by noted Pueblan artists Manuel Caro and José Joaquín Magón, including his Last Supper, dated 1779.