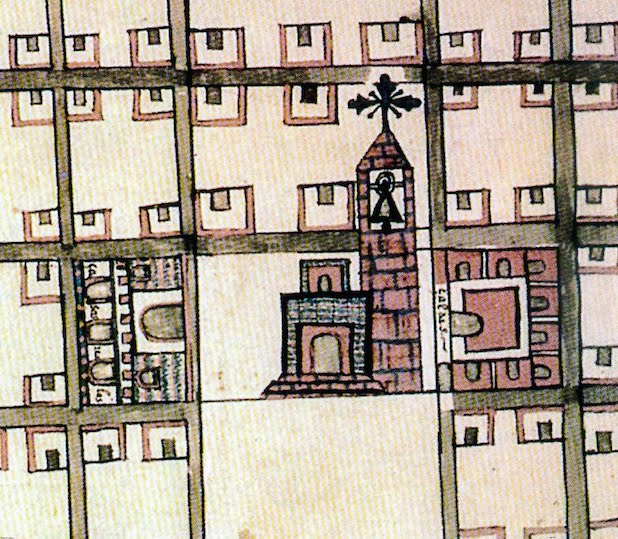 Huatatlauca, from the Relaciones Geográficas (16th century)
Located in the Atlixco valley of southern Puebla state, this ancient community, whose name means "Place of the Red Eagle", is the site of a little known but fascinating 16th century monastery, noted for its rich tequitqui carving. 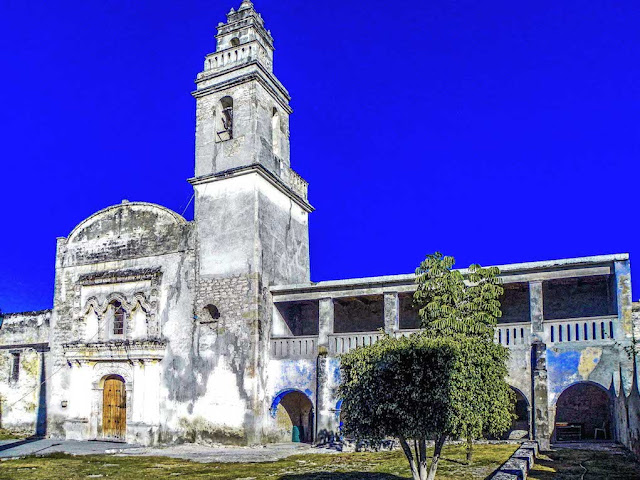 Founded around 1550 by the Franciscan Order, who began work on the church, the monastery was later ceded to the Augustinians, who added the convento, with its colorful murals, in the 1570s—the only convento of the Order in the region.
The church of Santa Maria de Los Reyes is flanked on the left by the great archway of the open chapel, currently blocked up, and on the right, the convento is fronted by a long, low arcade. 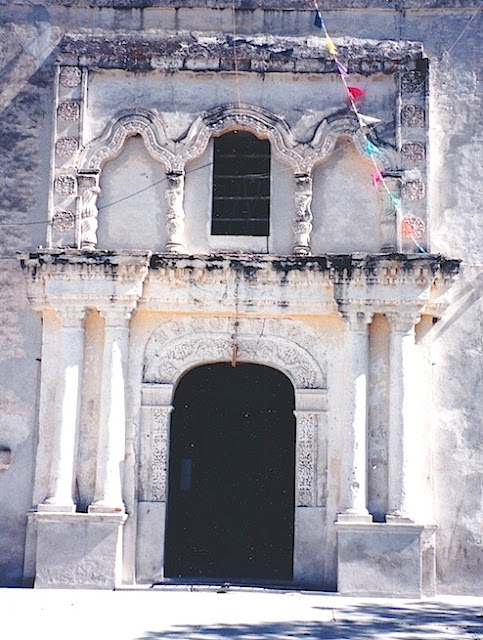 Although the tower is a later colonial addition, the church front is typical of early monastery churches, its ornament being confined to a carved, colonnaded doorframe and surmounting choir window.
Although no facade statuary remains, the triple arcade around the choir window, is framed by a sinuous Moorish inspired arcade trimmed with bands of relief medallions, that may symbolize or may once have contained figures of the Three Kings. 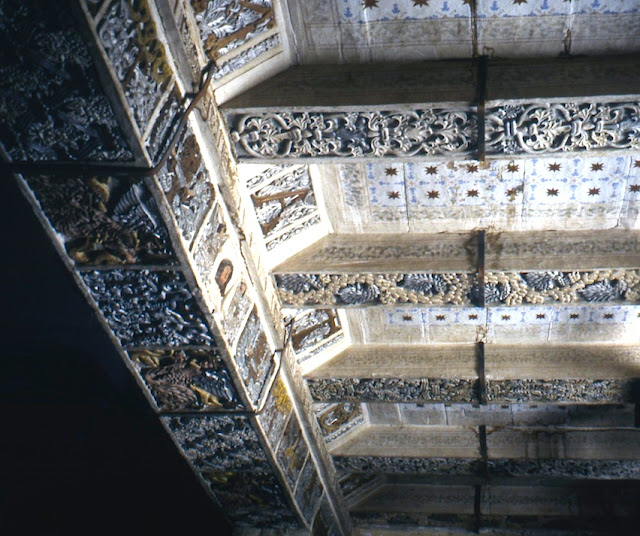 But the principal treasure of the church is its 16th century wooden artesonado ceilings. Spanning the underchoir and part of the nave, these intricate coffered ceilings are richly decorated in red, gold and silver, and inset with a variety of motifs that bear a marked pre-hispanic flavor. 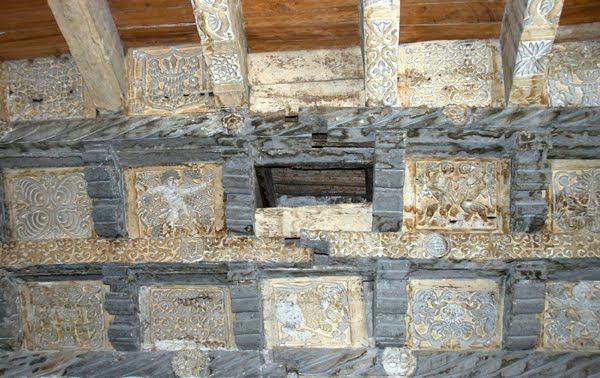 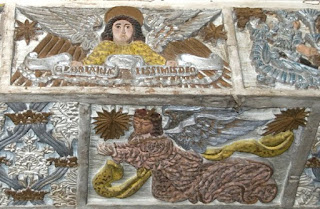 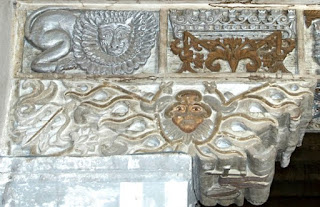 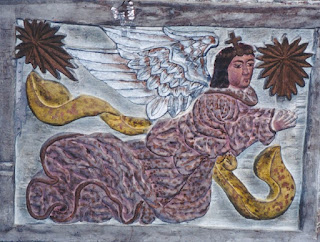 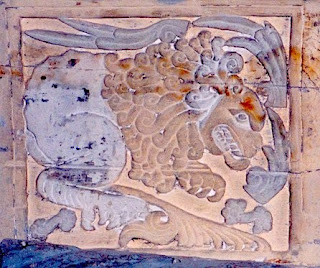 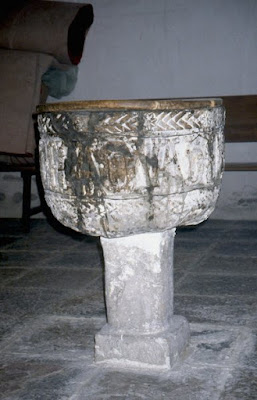 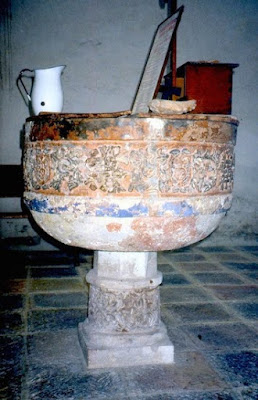 Other examples of early carving in the church are two baptismal fonts, probably dating from the Franciscan era, whose ornately carved basins still bear traces of paint.
text © 2005 & 2020  Richard D. Perry
photography by the author, N. Brooker and Robert Jackson
Posted by Richard Perry at 11:08 AM