One of the oldest religious establishments in Mexico City, it was established by a monastic brotherhood founded by Hernán Cortés. The original church was built in 1586, but later subsided into the lake bed and was replaced in the 18th century by the one standing today. The former monastery building and hospital now house the Franz Mayer Museum.

Construction on the new and current buildings began in 1759 and were finished in 1776, when the towers and the side facade were completed. Saint Blas was declared the patron saint of both the church and the Brotherhood that sponsored it. 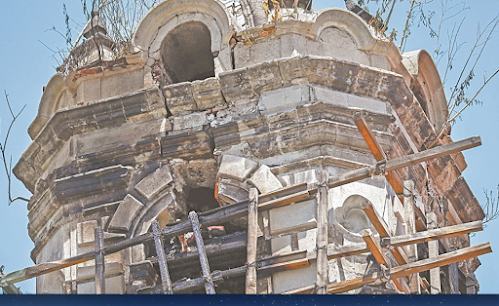 The tower after the 2017 quake

During construction, in 1768, there was a major earthquake in Mexico City, when the church's atrium was used for a mass funeral site.  In addition, much damage was incurred during the recent 2017 ‘quake, and repairs were scheduled by the Instituto Nacional de Antropología e Historia, with the installation of wooden scaffolding before the recent fire, which may have fed the flames, apparently started by homeless squatters.

The building has facades on the west, south and east sides. These handsome facades are traditionally faced in reddish/brown volcanic tezontle with elaborately carved Mexican Baroque portals cut from fine gray chiluca stone. 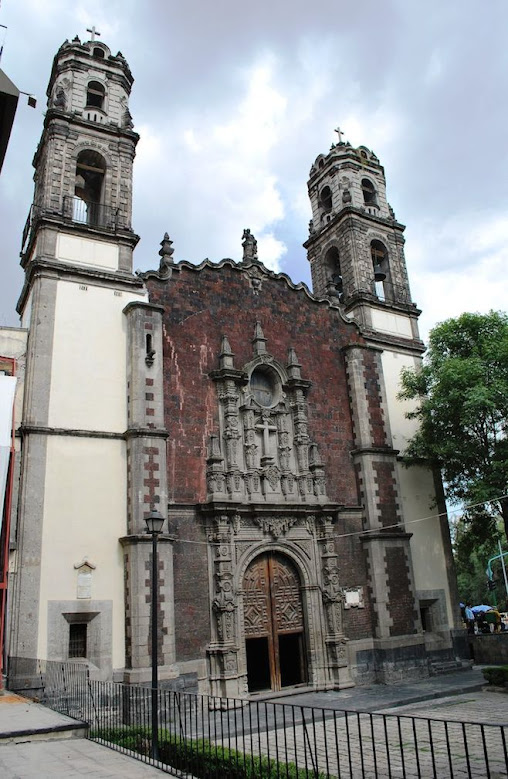 the main entry and facade

The main facade has two levels, the grand entrance flanked by pilasters with elongated estipites. The upper level has two pairs of estipites, with a simple cross, a large choir window, and three pyramidal pinnacles. Atop the facade is a statue of Saint Joseph. 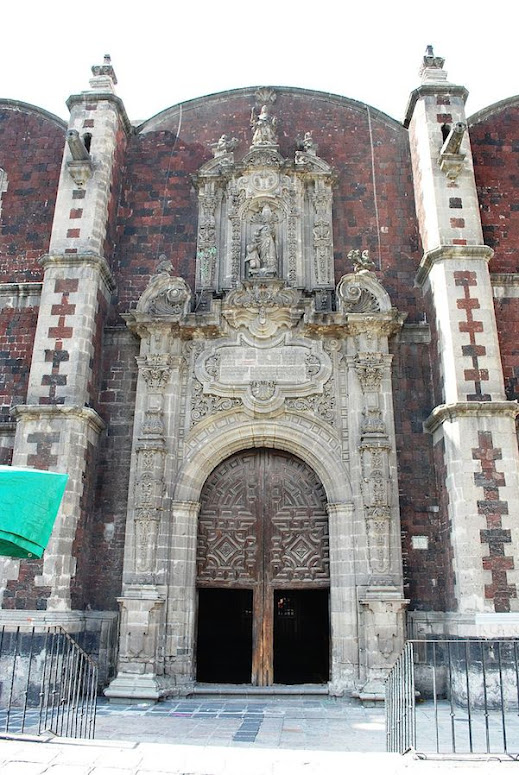 The side portal is also richly ornamented. The rounded entry here is flanked by two estipite pilasters decorated with plants, cherubs and the faces of saints, and capped by two angels carrying flowers.  A dated inscription records completion of the towers and the portal.

The upper level is also framed by estipite pilasters, flanking a decorated niche with an image of Saint Blas, the patron. Above this is a medallion with a cross, and above that a statue of the Archangel Michael.

images with acknowledgment to Wikipedia,