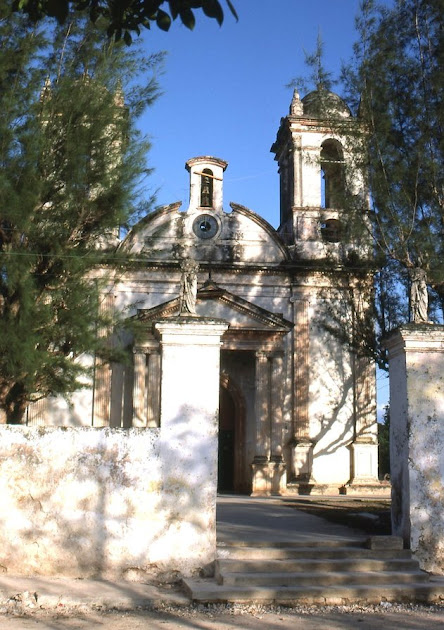 The church at San Pedro Samahil is an unusual sight on the Hunucmá loop west of Merida. Fronting the remains of a rustic 16th century visita of nearby Uman, the wide aisled church is set within an elaborate walled atrium. 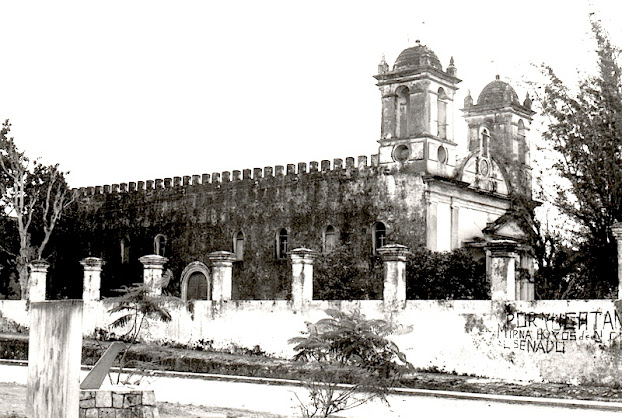 The long nave, capped by crenellated parapets leads to a raised sanctuary and side rooms–—formerly the old open chapel of the visita mission. 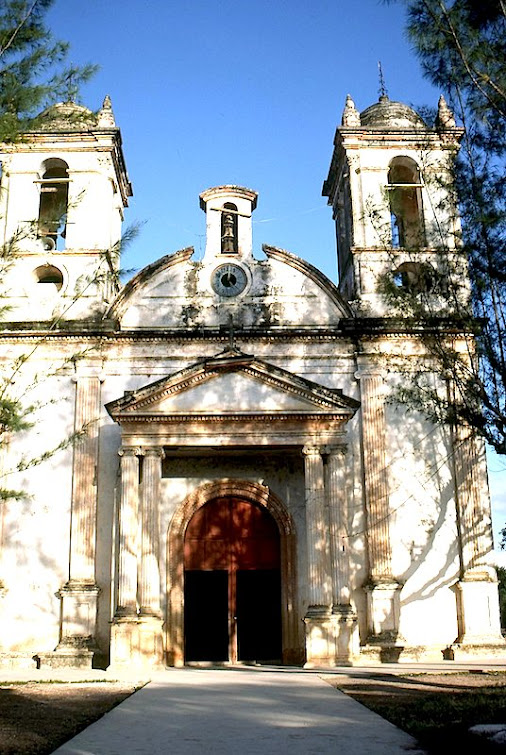 The main attraction of this 19th century church is its elegant neo-classical facade, a charming and quite sophisticated combination of Italianate lines with added baroque detail.
Substantial domed bell towers, unusual for churches of this size in Yucatan, surmount the church front. 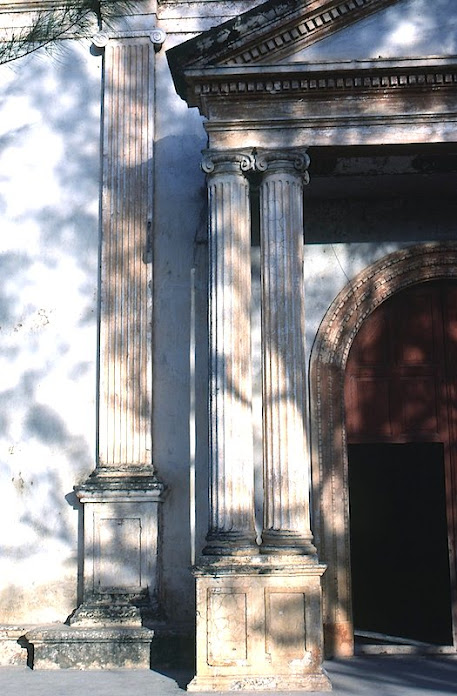 Pairs of freestanding Ionic columns support the outlying porch which frames the plain arched doorway, flanked by decorative "Ionic" pilasters spaced across the facade.
Delicate interior colonnades lighten the nave, lending contrast to the heavy vaulted sanctuary—the former open chapel. A painted stone font in the nave, carved with the knotted cord, mutely reminds us of the mission’s Franciscan origins. (pictures to come) 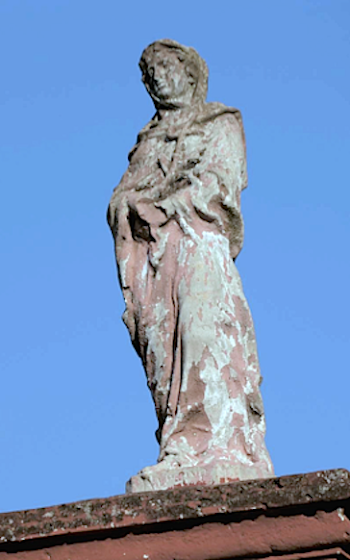 For more on the history and art of the Yucatan missions, consult our published guides.
Posted by Richard Perry at 1:51 PM