In an earlier post we looked at the magnificent atrium cross at Ucareo. In this and a subsequent post we describe first the church exterior, and then the altarpieces. 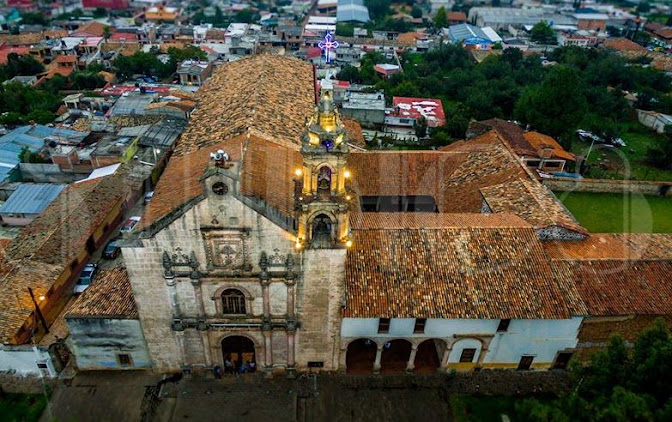 Ucareo, view of the church and convento
San Agustín Ucareo was the eighth monastery to be established by the Augustinians in Michoacán.  It was founded in 1555 by Fray Juan de Utrera, an innovative architect/builder, whose unassuming statue now stands before the church door.
Almost single-handedly he supervised construction of the entire monastery—an imposing project concluded in record time to forestall harsh criticism by the colonial authorities of what they viewed as an unnecessarily lavish Augustinian building program. This feat was achieved by Fray Juan’s then novel method of cutting all the stone to its final form at the quarry, saving time, effort and expense. 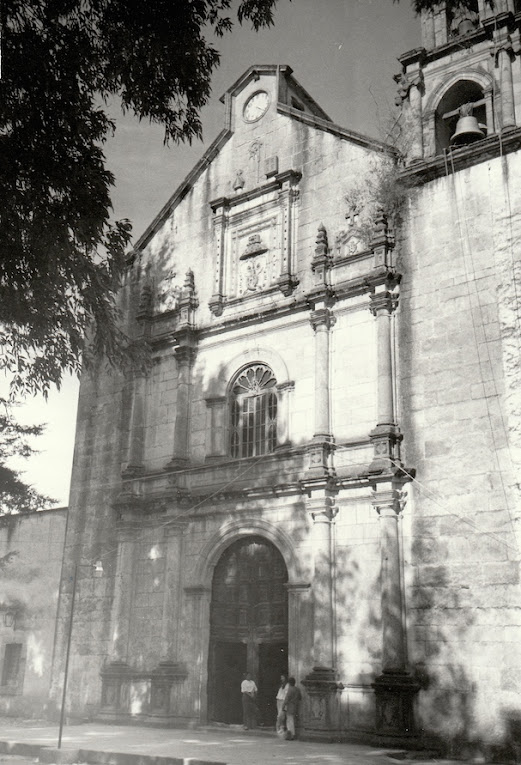 The church was completed in 1603 and despite Basalenque’s claim that it was inspired by the Temple of Solomon, the retablo facade is an uncompromising example of Renaissance austerity. Classical orders of half-columns frame the plain arched doorway and choir window against courses of fine ashlar stonework. 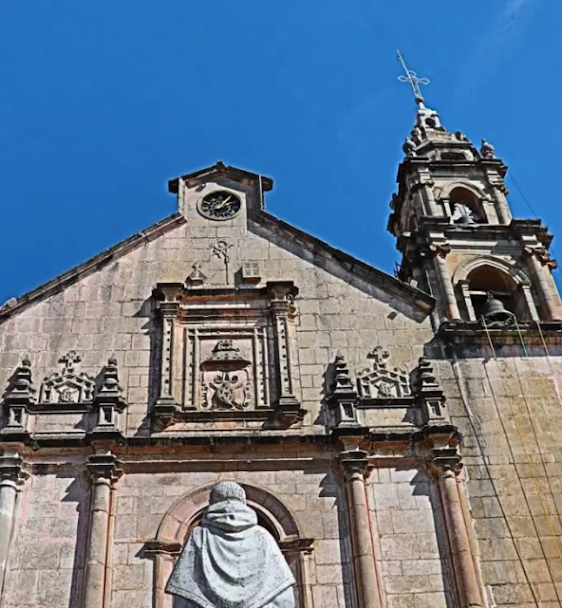 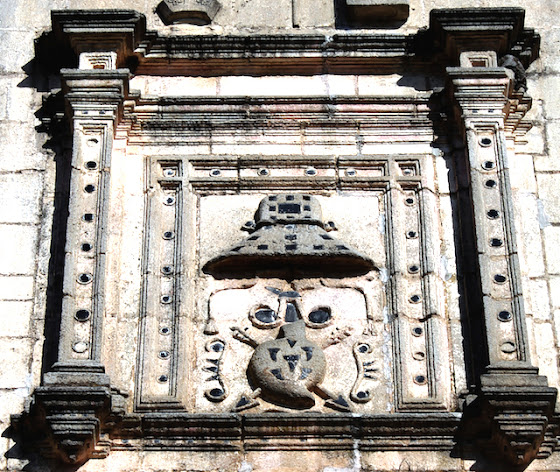 The sole concessions to ornament are the carved Augustinian insignia beneath the gable, inlaid with mirror-like pieces of obsidian.
text © 1997 & 2021 Richard D. Perry
images by the author and Robert Jackson
Posted by Richard Perry at 12:32 PM