Like the barrio of Marquesado, this attractive outlying artisans’ quarter of Oaxaca City was originally settled by Tlaxcalan troops who arrived with Cortés during the Conquest. An early chapel here, built by the Jesuits, was replaced in the 1700s by the present church of St. Matthew the Apostle—the facade is dated 1713, inscribed below the keystone on the arch above the main entry. 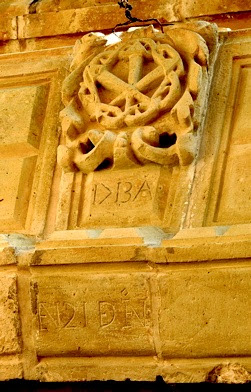 Set in a walled forecourt planted with tulip trees, the church has recently undergone thorough restoration. 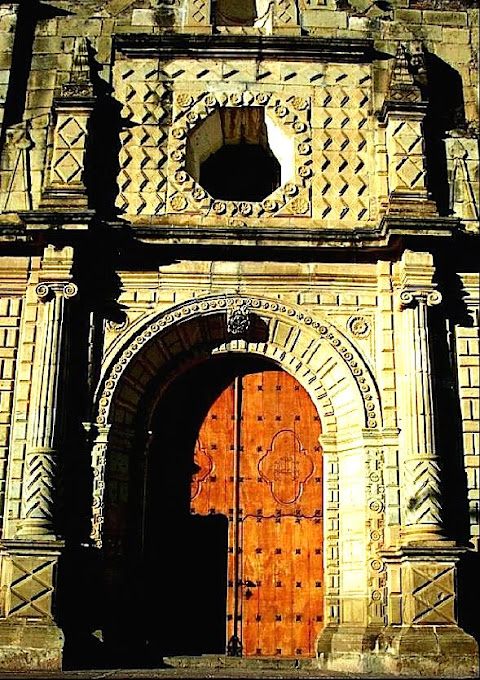 west doorway
Against rusticated walls cut from cream colored stone, or cantera amarilla, the main and side entries are both densely ornamented with geometric motifs—rectangles, diamonds, zigzags and rosettes. The belfry, newly painted in red, blue and ocher, provides a splash of color to complement the dazzling stonework. 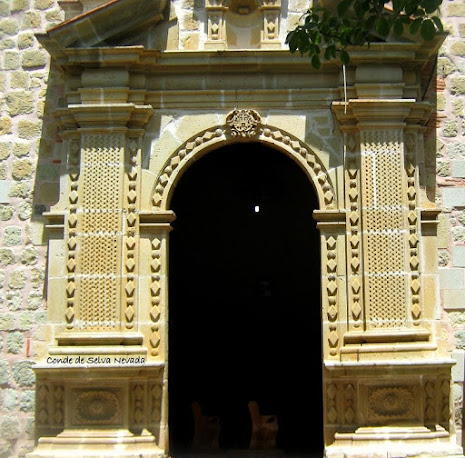 north doorway
The interior has also been repainted in warm tones of red and cream. There are few colonial artifacts of interest remaining, notably an handsome painting of the Mexican Trinity, resplendent in gilded, star spangled robes. 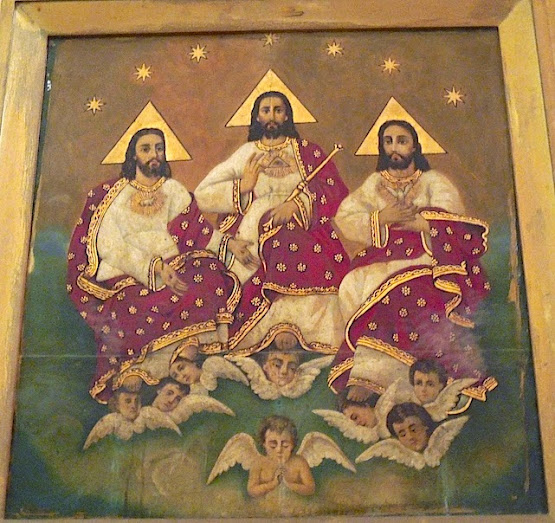 A tall, 19th century pipe organ overlooks the nave from the choir loft, striking in its handsome blue case with decorative carved foliage. It has recently been restored to playing condition. 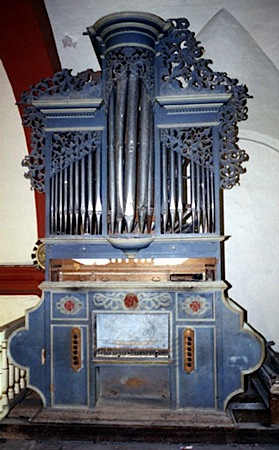 the pipe organ
The altarpiece at the east end houses a locally revered statue of the patron St Matthew, and on a recent visit, parishioners were carrying this image of the saint from the church on a visitation to honor a novena at a private local shrine. 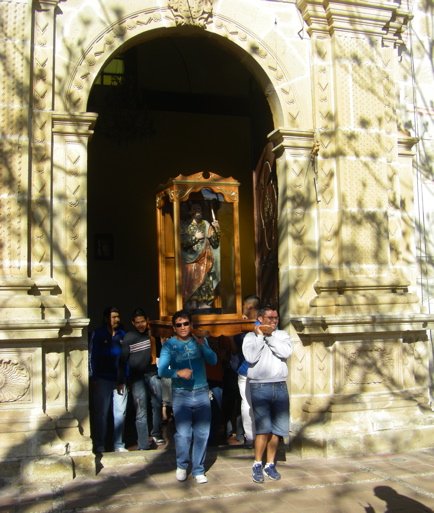 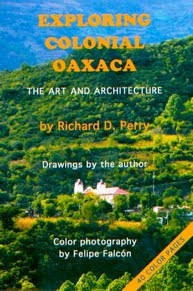