Like most people we love ruins, in our case remnant colonial churches across Mexico. 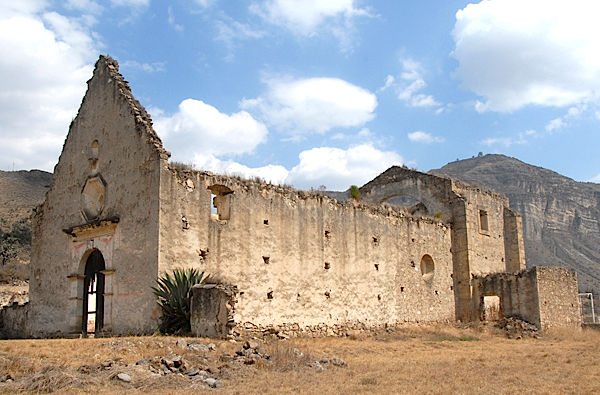 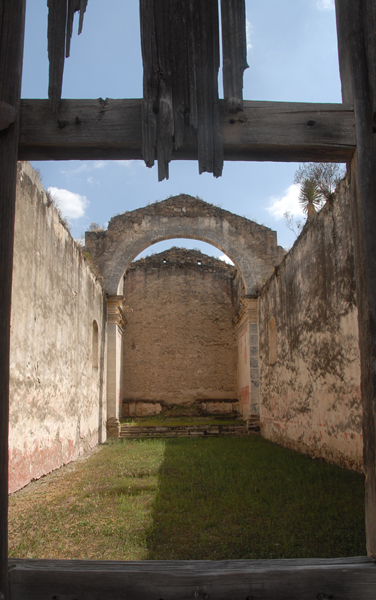 In this post and others to follow we continue our survey of churches in northern Puebla, starting with the picturesque roofless church of Saints Cosmas & Damien on the outskirts of San Francisco Ixtacamaxtitlan in the state of Puebla near Chignahuapan in the Sierra Norte de Puebla. 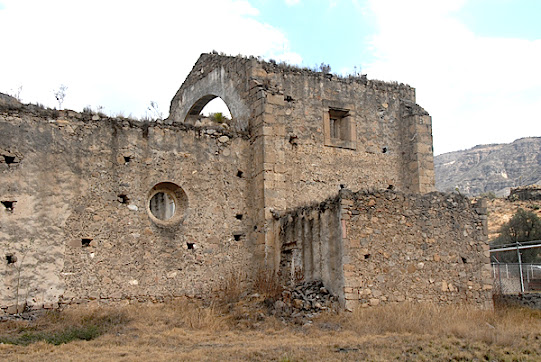 Although undated, the church, a Franciscan visita, was founded on a former temple site and appears to have been built or enlarged in the 17th century, with a long single nave and facade extending out from an earlier chancel or open chapel whose blocky structure still rises from the east end. 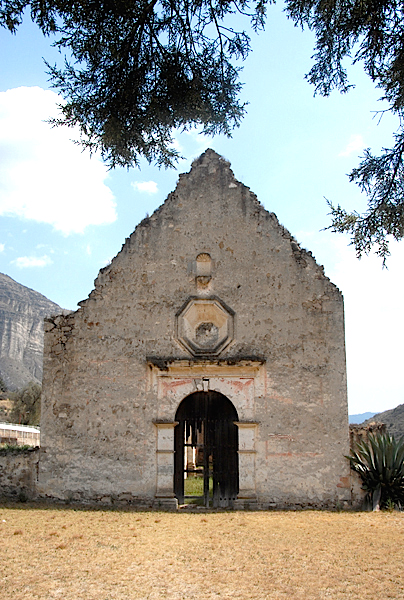 The church is essential untouched since the loss of its roof. The facade is modest enough with a plain doorway, octagonal rose window and a steep gable that formerly framed a pitched, possibly thatched, roof. 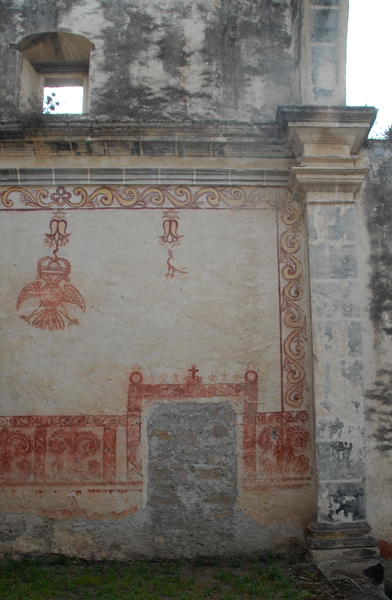 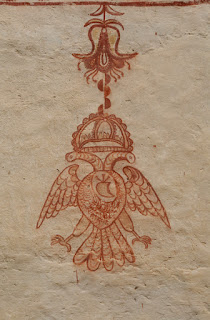 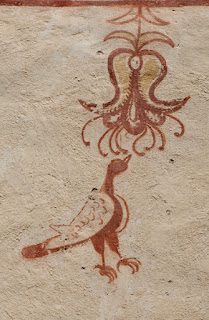