In previous posts we looked at some outstanding late colonial buildings in the city of San Luis Potosí. Another area church of interest is the Santuario del Desierto, located to the immediate west of the capital. 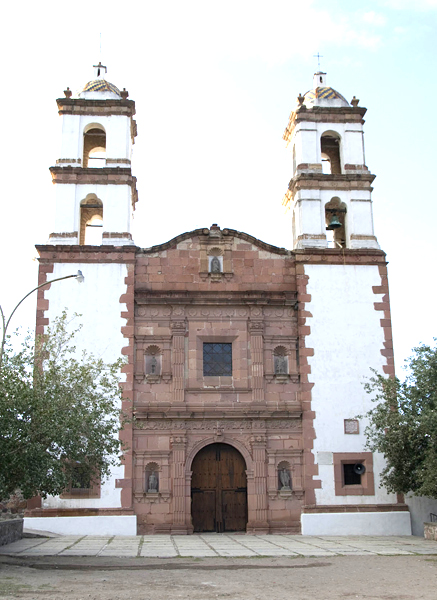 Originally a small hermitage consecrated to San Juan Bautista, the temple was built in 1635. But it was not until the year 1735, according to inscriptions in the Sanctuary, that the construction of the present building took place—a pilgrimage shrine devoted to the cult of Guadalupe. 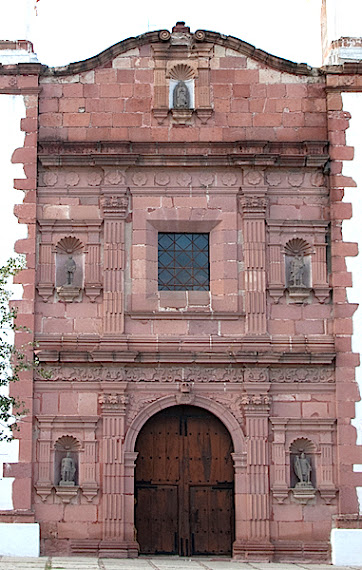 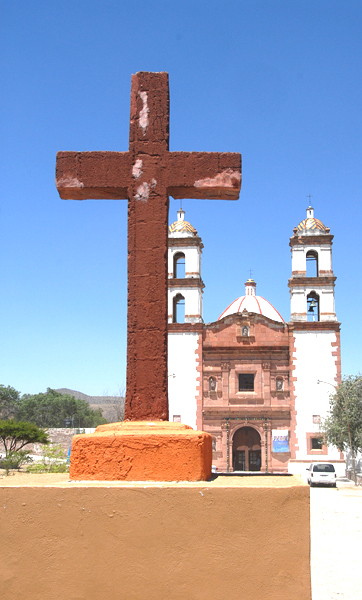 The other exterior item of interest is the atrium cross cut from red sandstone that retains a few eroded reliefs. 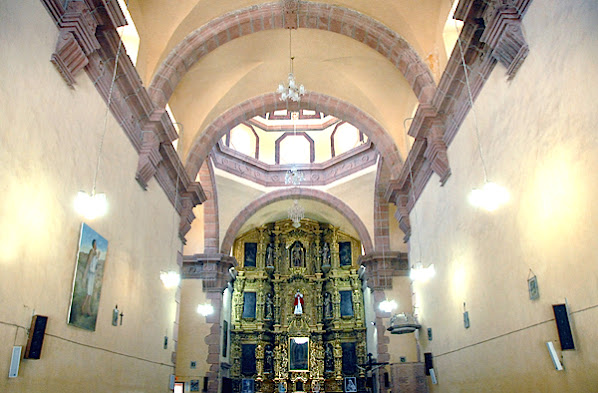 The nave and high altar 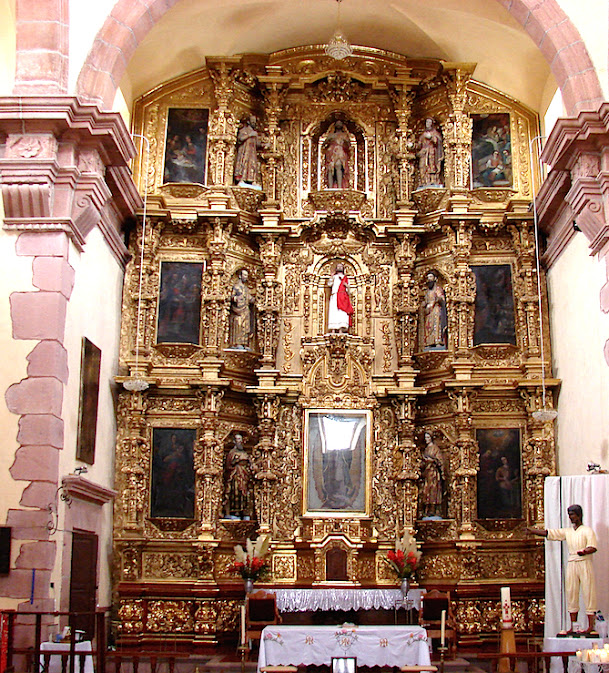 Set in an otherwise sparsely furnished nave, the handsome 18th century gilded main altarpiece has a broad central pavilion flanked by projecting wings that house statuary as well as paintings depicting scenes from the life of the Virgin. 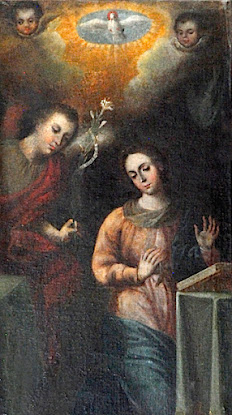 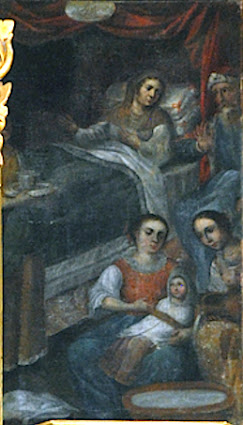 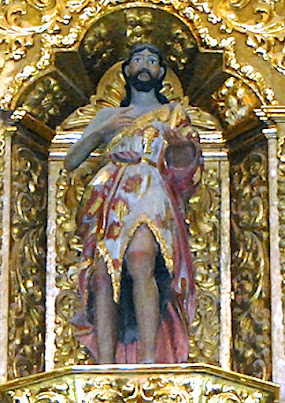 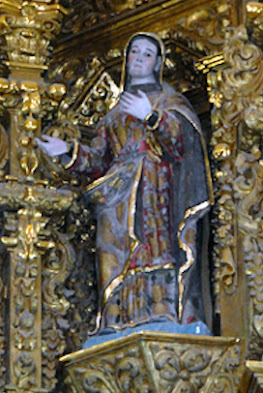 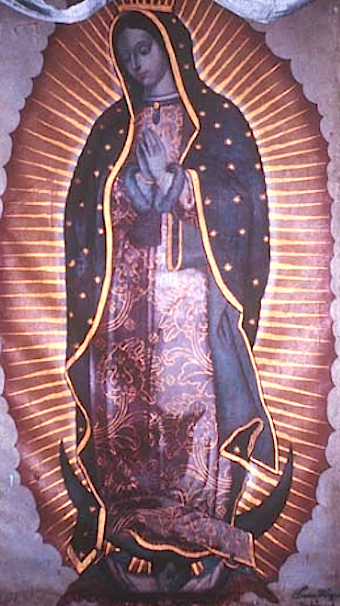 Flanked by the statues of Sts Joachim & Anne, the central image of the Virgin of Guadalupe is a rare signed work by the noted Pueblan painter Lorenzo de la Piedra—dated 1625 and like that at Mexquitic (see previous post)  among the earliest art works in the region.
text © 2021 Richard D. Perry
images courtesy of Niccolo Brooker and from online sources
see our earlier page on the Temple of Carmen
Posted by Richard Perry at 10:26 PM