For the next in our series on the churches of Chihuahua with painted ceilings, we go to Santa Rosa de Lima Cusihuiriachi.

In 1687, a major silver strike was found at Cusihuiriachi. Quickly the Real de Santa Rosa de Cusihuiriachi became one of the most important mines in the northwest of the state of Chihuahua, the locale attracting many Spaniards and Creoles. 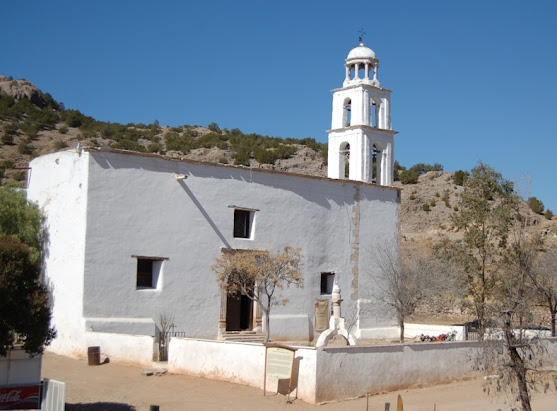 Although  the community is now largely abandoned, the temple of Santa Rosa de Lima survives as testimony to the former wealth of Cusihuiriachi, its long single nave roofed like others in the area by wooden beamed ceilings. 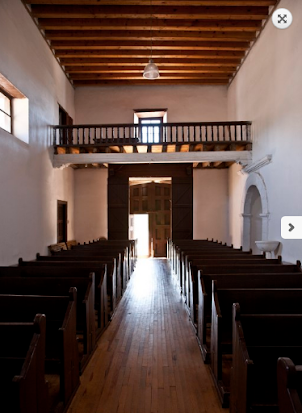 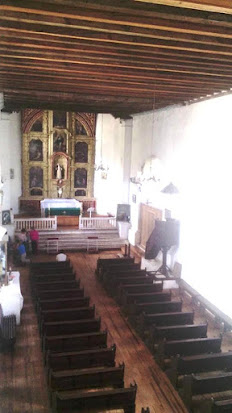 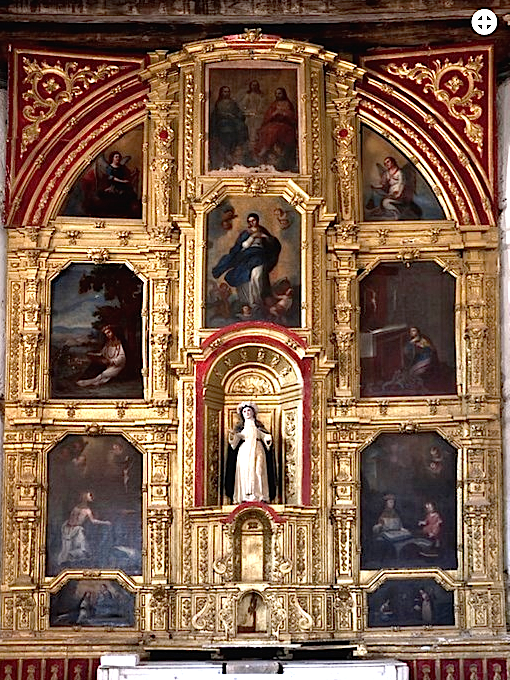 The highlight of the church interor is its gilded late baroque altarpiece which frames 10 paintings illustrating the life of Santa Rosa de Lima some signed by the noted Basque artist José de Alcibar. 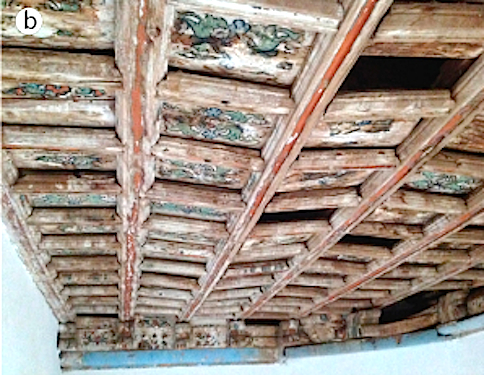 The other item of special note is the remnant painted section of ceiling above the altarpiece, one of a handful of similar surviving works in the area, notably at Santa Maria de Cuevas.
text © 2021 Richard D. Perry
Posted by Richard Perry at 1:13 PM