San Francisco Popolá has a long history. It was founded in the mid-1500s as a visita of San Bernardino de Sisal and, according to Father Ponce, in 1588 it boasted "a stone church, monastery and a chapel with a ramada large enough for 1000 Indians." 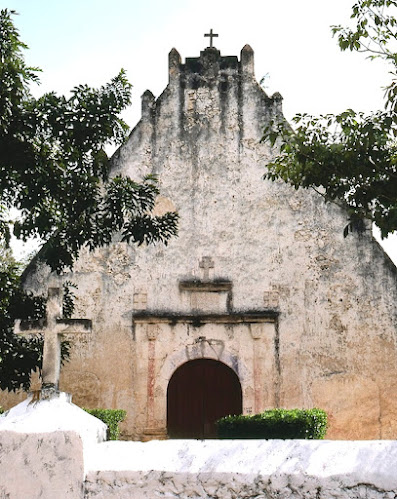 The remnants of the mission still nestle within whitewashed atrium walls capped by crosses and merlons. The steeply pitched thatched ramada was replaced early in the 17th century by the now roofless church, whose striking triangular facade is still intact, with a plaque dated 1639. 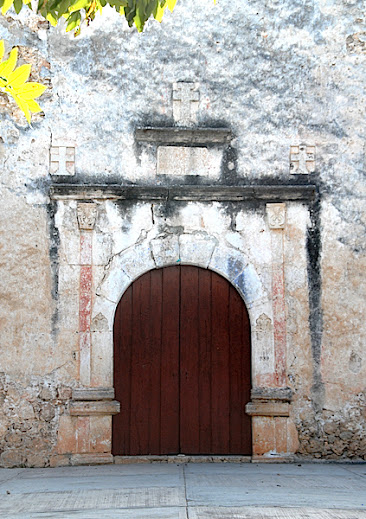 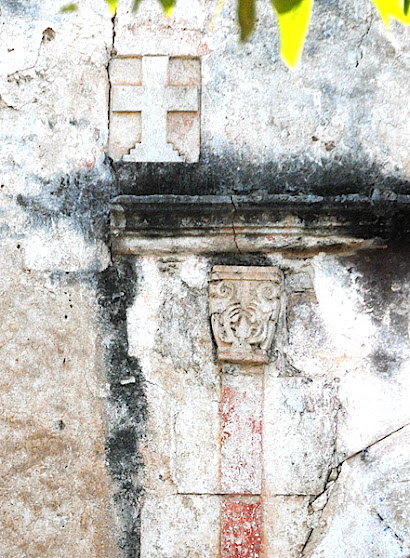 A wall belfry is attached to the southwest corner. 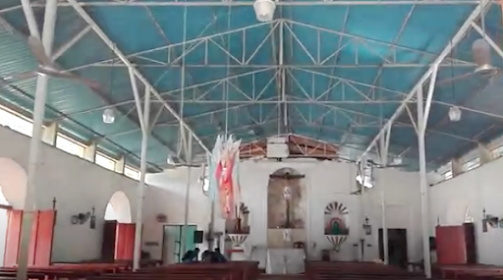 A chapel has been erected inside the former nave, now partly roofed again. 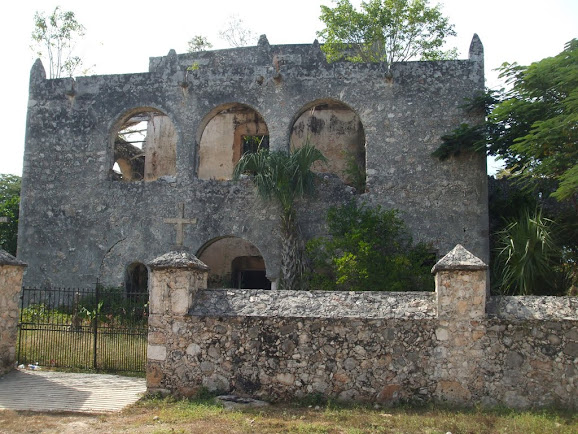 However, other parts of the 16th century visita remain, notably the original open chapel which was later incorporated into a striking two story camarín. Erected before 1750 to house a local image of the Virgin, now lost, the camarín featured an elevated altar within an arcaded gallery. 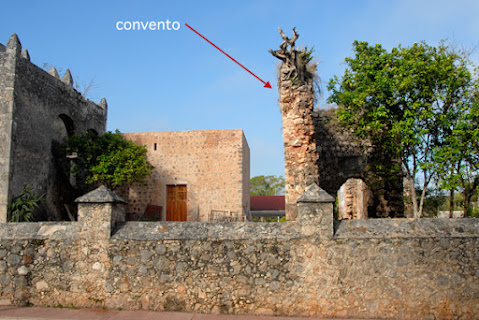 A remnant of the ruined convento lies to the north east of the church.

images by the author and courtesy Niccolo Brooker