We return this month to Yucatan to look at some lesser known churches in the eastern region of the peninsula. First the handsome early mission of San Miguel Temax.
Visiting Temax in the 1840s, the American traveler John Lloyd Stephens was impressed with its “fine plaza with a great church and convento.” 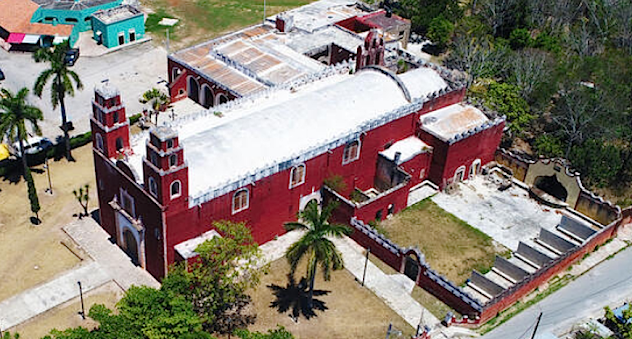 This former visita of Dzidzantún is a classic amalgam of colonial religious architecture in Yucatan. The spacious late 16th century mission—a square open chapel, vaulted with flanking side rooms and a belfry—lies at its heart, forming the sanctuary and sacristy of the later church. 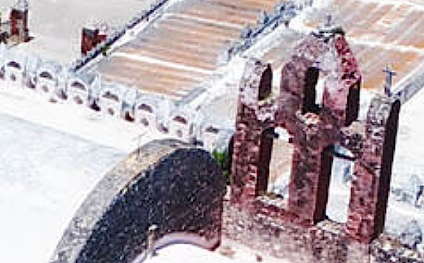 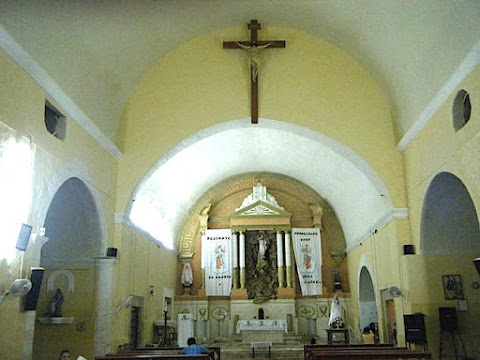 The 17th century church is impressive. Small transepts—uncommon in Yucatan—open up in front of the sanctuary and are now used as side chapels. The nave is lit by large lateral windows; massive nave walls support the broad barrel vault and enclose a camino de rondo. 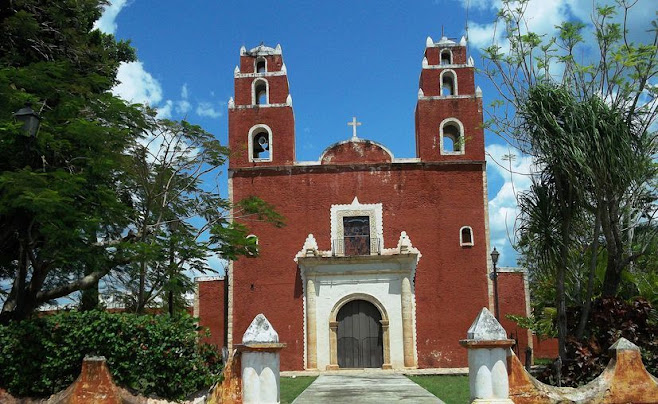 As at nearby Dzemul, a pair of telescoped, triple-tiered towers cap the west front, which is otherwise square and rather plain except for the outsize colonnaded porch framed by serpentine borders. Carved floral panels surround the choir window, and smaller openings illuminate the tower stairway and the interior camino de rondo galleries. 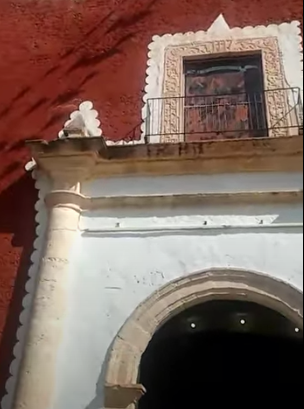 As with so many Yucatecan churches, the interior was despoiled, although a handful of modest stone pilas survive along the nave. An image of the Archangel Michael—the church patron—rests in a niche above the altar. Passing through the elegant sacristy door, one can still view the remains of some rare late 16th century murals, including a Crucifixion similar in style to the frescoed niches at San Bernardino de Sisal (Chapter Four). 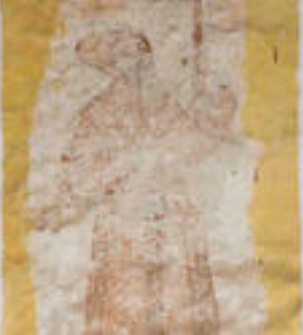 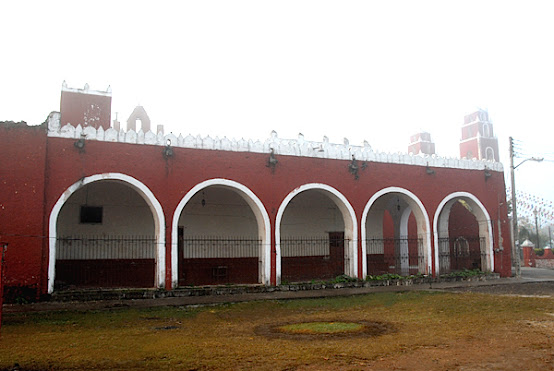 The convento lies to the rear of the church ADJACENT to the sanctuary. While the easterly rooms of the austere cloister may date from the 1500s, most of the convento was built in the 17th century.
The convento has recently been renovated. 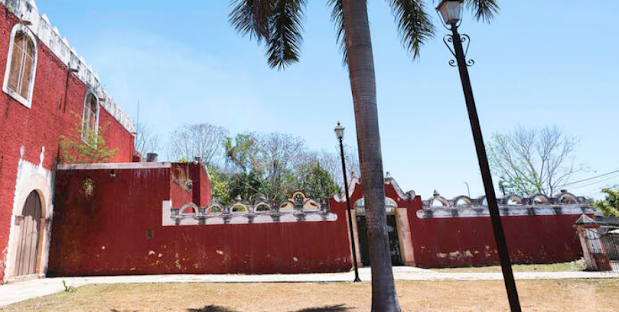 The outer arcading, however, is an 18th century addition, as are the cemeteryand its striking neo-Isabelline gateway on the south side of the church.
Girded by its scalloped atrium walls and uncrowded by any neighboring buildings, San Miguel Temax dominates the settlement as it has done since early colonial times.
text © 1988 / 2021 Richard D. Perry
images by the author and © Emily Lloyd

Posted by Richard Perry at 6:01 PM