In this post we return to Hidalgo to look at the conventual church of Santa Monica near Epazoyucan. 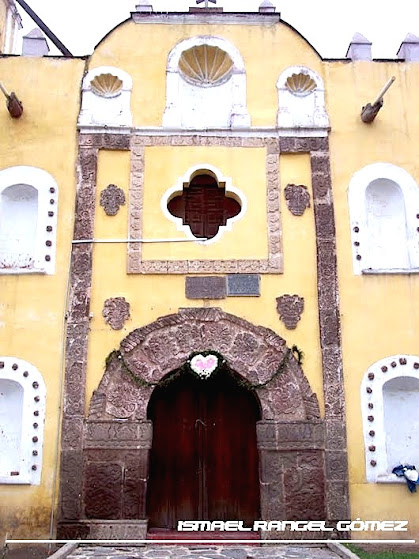 The church is all that remains of a 16th century Franciscan mission here, although considerably altered in the 1700s by all appearances. 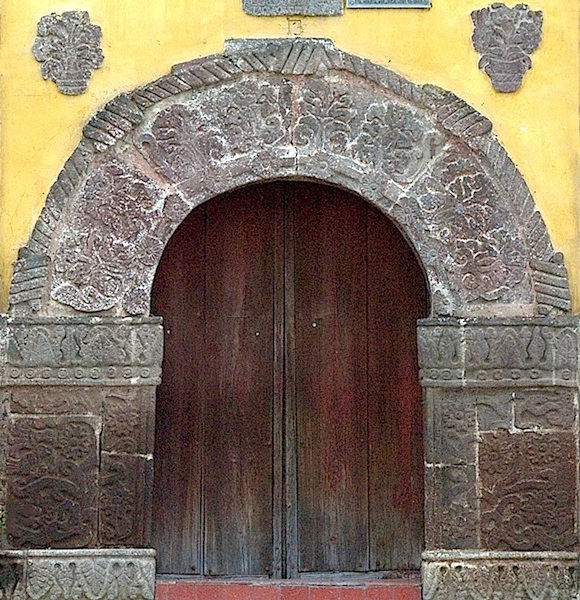 The West Front
The most striking aspect of the facade is the elaborately framed original doorway, whose broad jambs and surmounting alfiz are carved with a variety of complex floral reliefs, from swirling flowering vines to more compact bush like plants, that give the ensemble a disruptive, staccato rhythm that may have been intentional.
The archway of the entry is emphatically framed by the Franciscan knotted cord and linked rosettes. 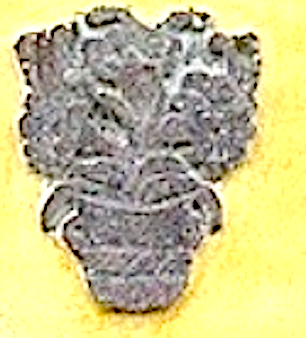 Curiously, stylized reliefs of more bushy potted plants stand out in the spandrels above, where one might expect Franciscan insignia such as the Stigmata, which may signify the former sacred association of these, possibly psychoactive plants. 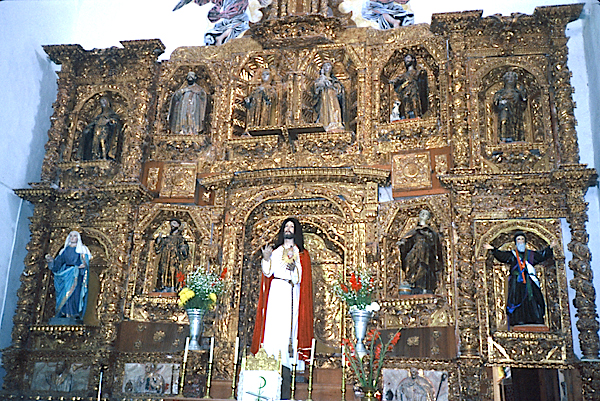 The Main Retablo
This unusual gilded altarpiece, set in the apse—in front of the sacristy or former open chapel— is notable for its numerous sculpture niches, also framed with a variety of supports.
The broad center pavilion is flanked by wings on either side with complex spiral columns which date the retablo to most likely the early 1700s. 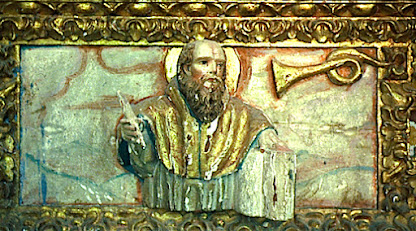 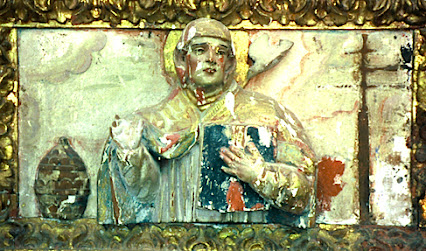 St Augustine
A variety of Franciscan and Augustinian saints fill the niches, while distinctive painted reliefs of the Fathers of the Latin Church, notably Saints Jerome and Augustine occupy panels in the base predella.
text © 2021 Richard D. Perry
color images courtesy of Niccolo Brooker except where noted.
Posted by Richard Perry at 1:18 PM