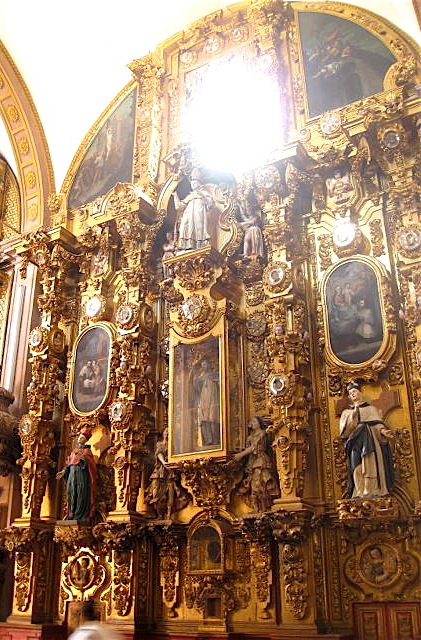 Although not an original Rojas design and less adventurous than the Santa Rosa altarpiece, this retablo was initially worked on by a local woodcarver, Luis Ramos. Following his death it is thought to have been completed in the 1740s by Pedro de Rojas, who may have carved some of the statuary—generally considered to be among the finest in the church despite some inappropriate repainting.


The early date is indicated by the relative clarity of the retablo structure. A conventional vocabulary of baroque ornament—predominantly scrolls and angels, here accented with mirrors—enriches the surface, although less densely ornamented than the Santa Rosa retablo. 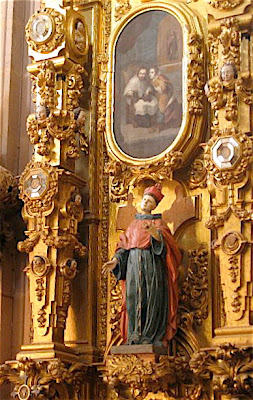 The central vitrine contains the inconspicuous figure of St. John Nepomuc—the 14th century Bohemian aristocrat and Franciscan saint to whom the retablo is dedicated. Oval panels illustrate his life and death—martyred by drowning in the Moldau River. These scenes are rendered in uneven chiaroscuro, and signed by the little known Queretaran painter Agustín Ledesma.


Complex, encrusted estípite columns enclose statues of the Doctors of the Church, notably Franciscans St. Bonaventure and St. Thomas Aquinas. Another imposing estofado figure is that of St. Louis, Bishop of Toulouse, standing above the center vitrine.


As noted, much of the statuary and incidental figure carving is thought to have originated in the Rojas workshop. 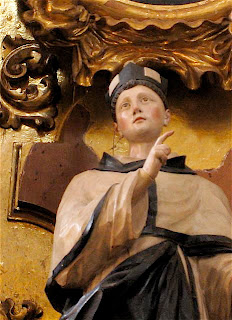 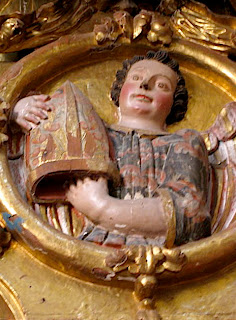