The city of Querétaro is distinguished by several nun's churches. The most prominent and luxuriously appointed are those of Santa Clara and Santa Rosas de Viterbo—both founded by the Franciscans.
Between them, the several sumptuous retablos in these two churches virtually define the opulent Queretaran style of altarpiece design—the work of a small group of talented designers, sculptors and retablistas: Francisco Gudiño, Mariano de Las Casas and, the subject of this feature, Pedro José de Rojas.
We begin with the the church of Santa Rosa de Viterbo.
Santa Rosa de Viterbo
Two distinctive and closely related altarpieces, stand opposite each other in the first bay adjacent to the apse. They have been attributed to either Francisco Gudiño or Pedro de Rojas—possibly in collaboration—and are both classic examples of the highly ornate but less structured anástilo manner of late baroque altarpiece design, sometimes called "barococo" which typifies the Queretaran style.  In this post we first consider the retablo of Guadalupe. 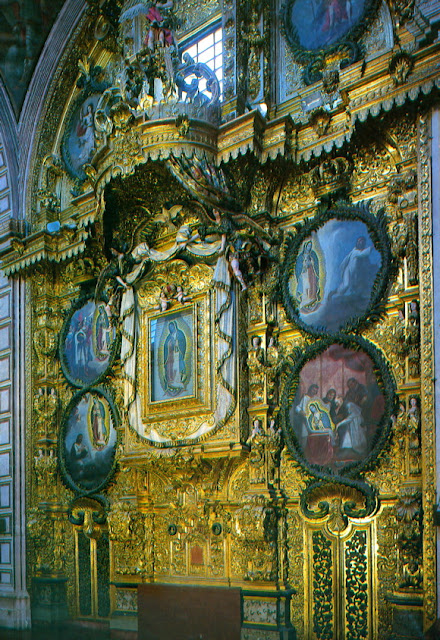 Restored in 1993, this colorful gilded altarpiece is one of the most refined of the Santa Rosa retablos.
Ornate estípite pilasters incorporating garlands and polychrome caryatid figures subtly divide the retablo, their forms almost disappearing into the dense filigree background. 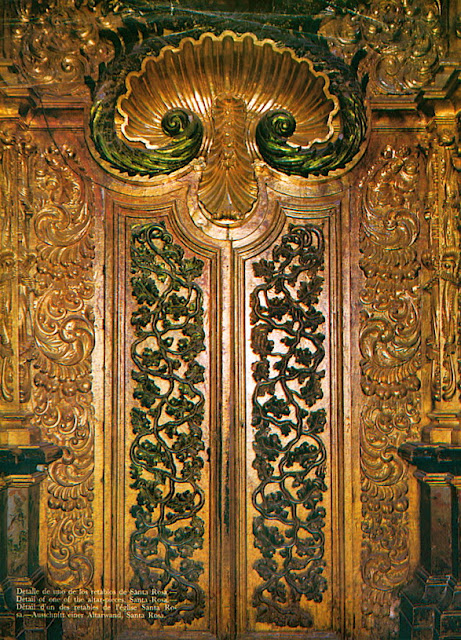 The fine carving of the retablo is especially evident in its ornate tabernacle, flanked by a pair of exquisite scalloped doorways that gleam with green and gold foliage. 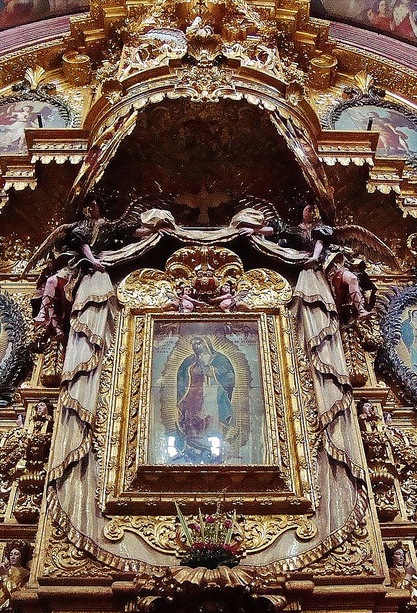 The central panel with a 19th century painting of the Virgin of Guadalupe is theatrically displayed beneath an extravagantly swagged canopy, capped by an enormous projecting crown and ringed by four oval paintings illustrating the Apparitions of the Virgin. These are enclosed by green, garlanded frames and are now thought to be from the hand of the Mexican baroque master Miguel Cabrera. 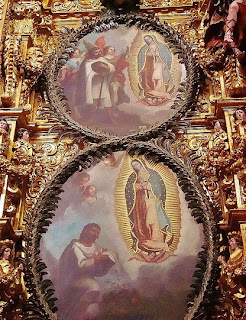 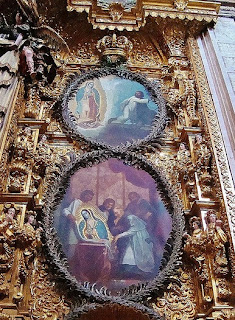 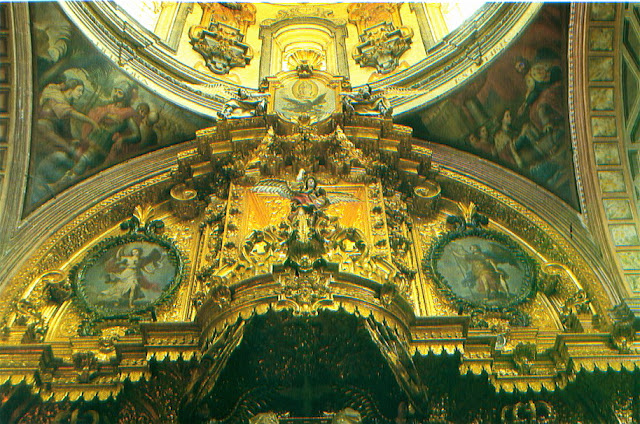 Angels and Archangels
As with the related San José retablo and others, the sculpted figures of angels are believed to be the work of Rojas and his studio.  Restored archangels with enormous wings and laced buskins draw aside the curtains above the center niche framing the Guadalupe image, and hold up the dove of the Holy Spirit at the crest of the retablo. 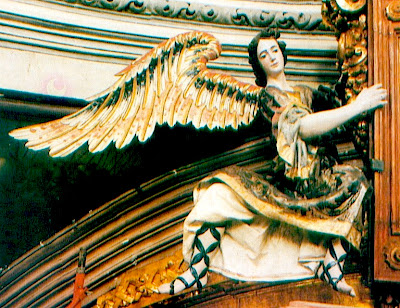 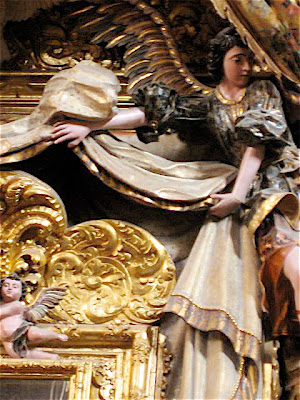 Silhouetted against the nave window in the pediment above the crown, the commanding winged figure of the Archangel Raphael, robes aflutter, is flanked by graceful paintings of the archangels Gabriel and Raphael.