We continue with our survey of the former visitas of Santos Reyes Metztitlan, the hub of Augustinian missionary work in the eastern part of what is now Hidalgo, in central Mexico.
As previously noted, these were initially simple open chapels often later adapted into larger but still modest mission churches. 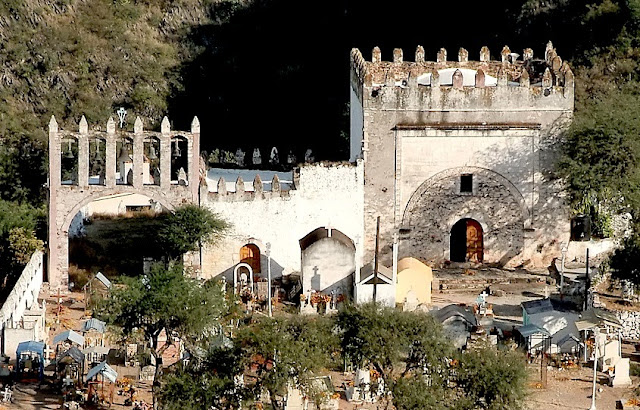 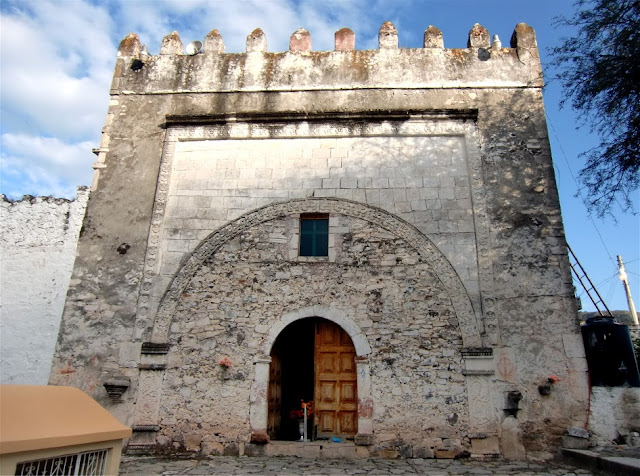 Although the grand original archway is now partially blocked, with a reduced entry, it retains its majestic sweep and intricate carving in the form of a vine sprouting leaves and fleurs-de-lis.
Ornament around the square alfiz consists of complex, eight point rosettes reminiscent of the classic Aztec Fifth Sun motif.
Lusher vines complete with leaves, tendrils and ripe bunches of grapes, adorn the doorjambs in beautifully rendered relief. Stone holy water basins remain embedded in the wall on either side. 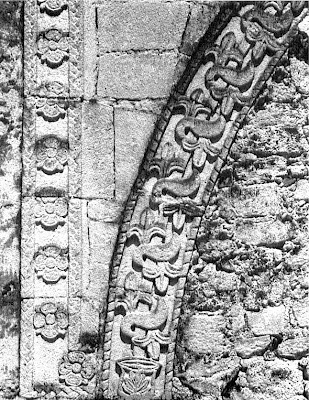 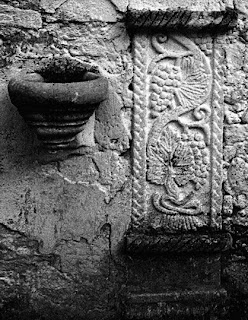 
We accept no ads. If you enjoy our posts you may support our efforts
by acquiring our guidebooks on colonial Mexico