Another of the churches we visited during the Historic Organ Festival was that of the early Dominican mission of Santiago Tejupan in the Mixteca region of northern Oaxaca. 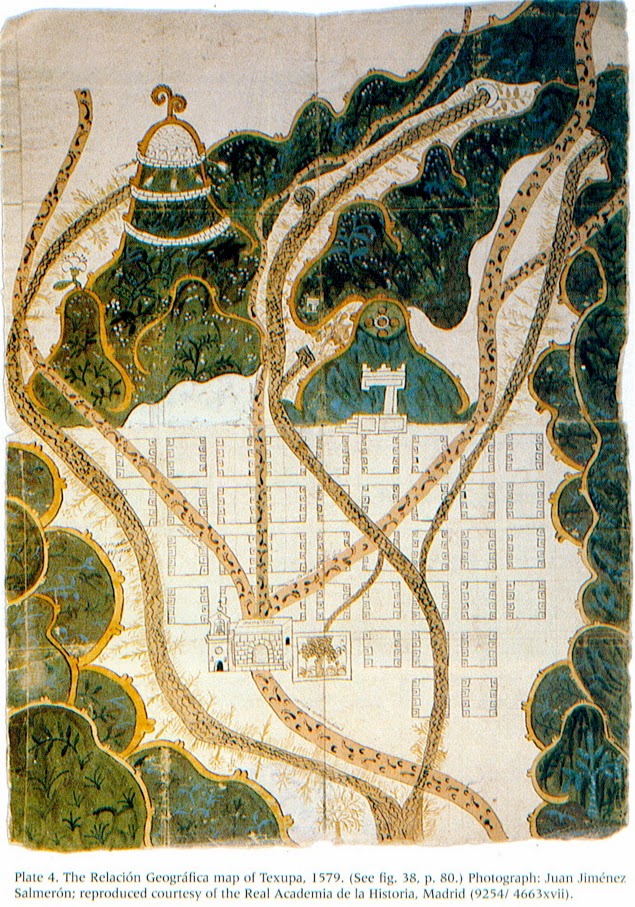 Tejupan
Land of Turquoise
Formerly the ancient Mixtec kingdom of Texupa, Tejupan was a wealthy, populous community at the time of the Spanish conquest.
It was transformed into a significant Dominican mission town, renowned for the skill of its tlacuilos, or native artists, who in 1579 drew up a beautiful picture map, or lienzo, of the colonial settlement, together with rivers, roads and mountains as well as the mission—one of the finest early examples of this genre in Mexico. 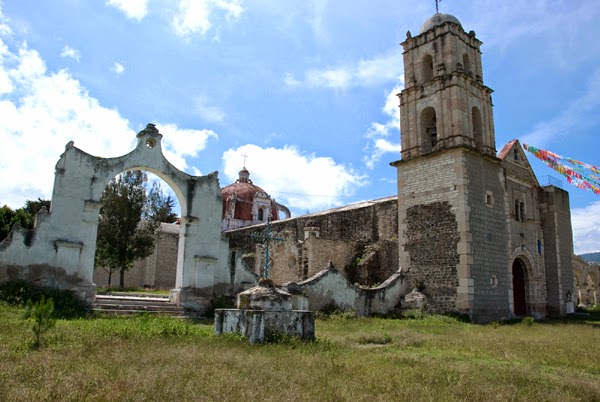 Today the monastery of Santiago faces north, away from the arcaded town plaza, overlooking its vast, empty atrium and the picturesque cemetery beyond. Remodeled with a huge bell tower and a baroque dome, the church nevertheless retains much of its original Dominican character. 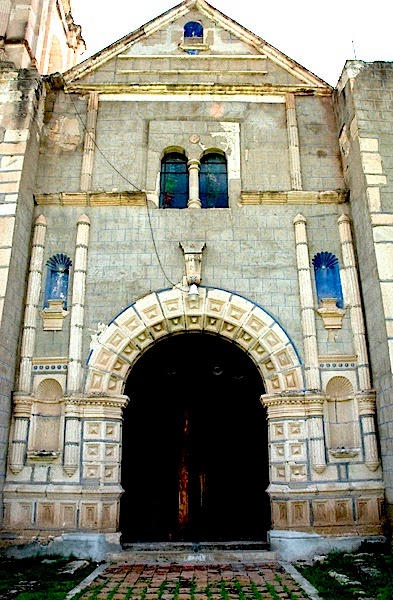 The elegant classically inspired facade is dominated by the multifaceted west doorway, which is elaborately coffered in Dominican style following the model of nearby Tlaxiaco (more on Tlaxiaco later)
The geometrical, layered panels extend along the base of the facade.
Slender floating fluted pilasters—another Dominican architectural feature—enclose the now vacant shell niches on either side.  A fluted alfiz caps the divided choir window and a steep triangular pediment surmounts the lofty facade. 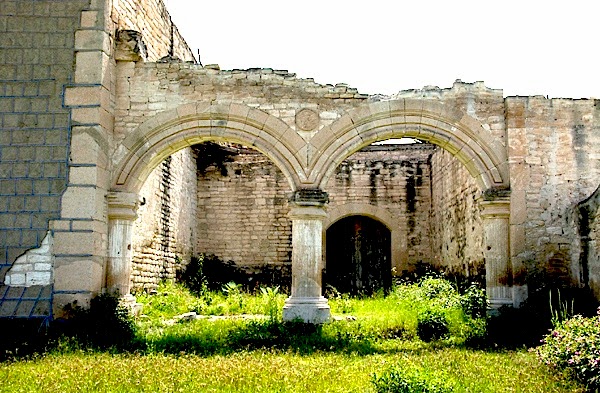 The adjacent monastery entry or portería, overgrown but intact, features a handsome double archway discreetly emblazoned with the Dominican cross. 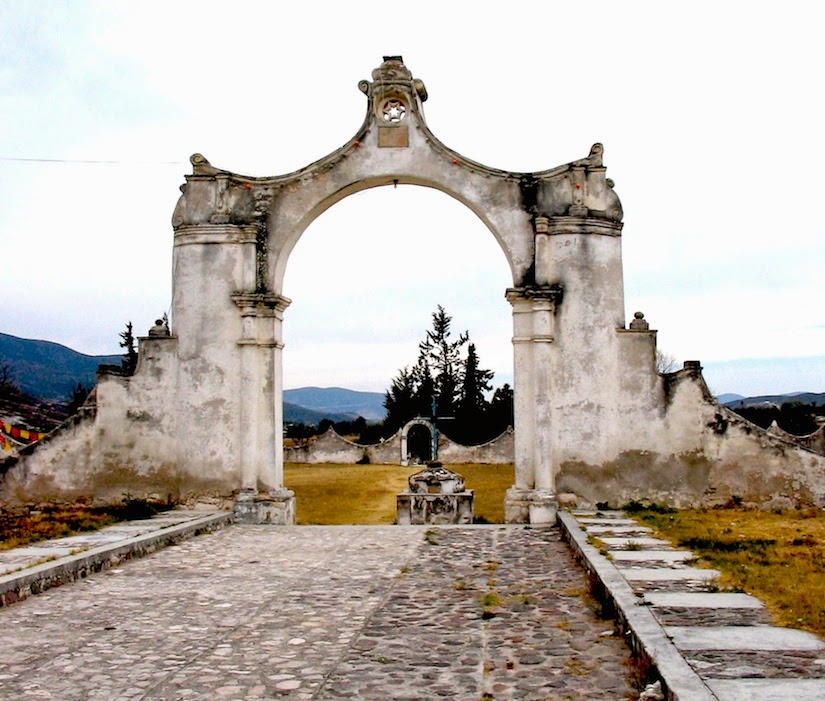 Outside, a stroll through the ornamental atrium gateway leads to the graveyard beyond—a fantasy landscape of broken colonial headstones and modern tombs crafted of whitewashed concrete and wrought ironwork.

Posted by Richard Perry at 2:44 PM