In this first of a series on various carved reliefs of special interest, we look at the facade of the Apostolic College of Guadalupe, near Zacatecas. 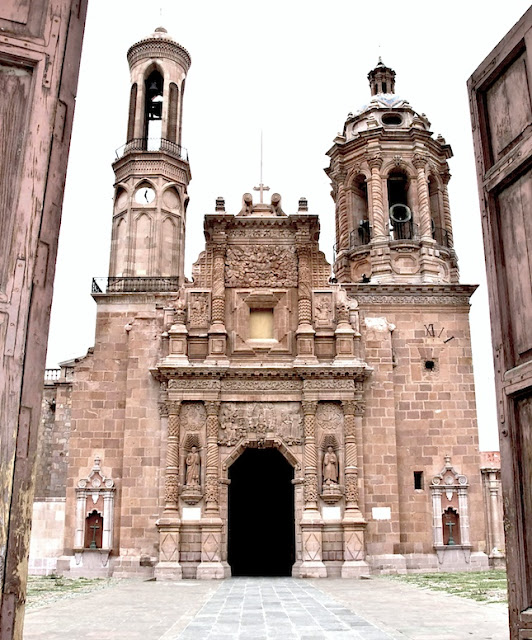 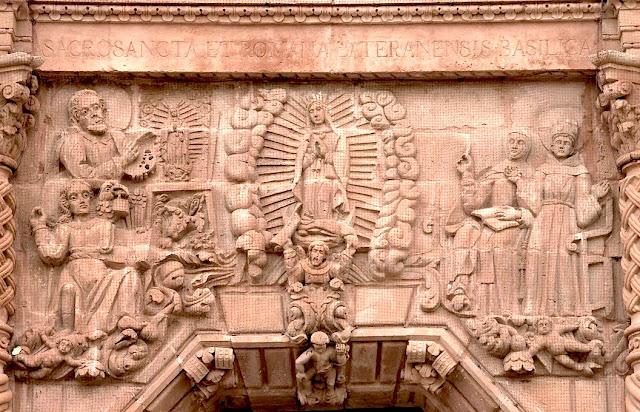 Arrayed above the church entry, the main relief is among the most intriguing in the region.  Carved in popular style by indigenous master artisans, the tableau is sculpted in the round and depicts a cast of religious figures supporting a doctrine dear to the Apostolic Franciscans—the Immaculate Conception of Mary. 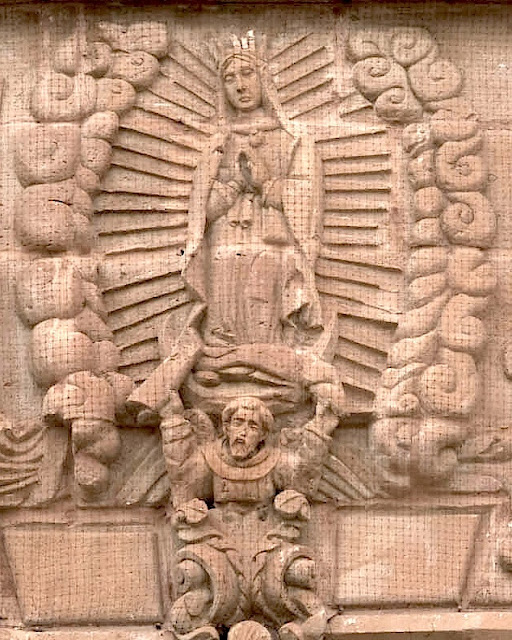 At center is the patron, the Virgin of Guadalupe, standing above the crescent moon and framed by rays and scrolled clouds.
One intriguing detail is the winged bust of St. Francis above the keystone supporting the Virgin.  As the scholar Jaime Lara has recently noted,* this is the only sculpted example known of the winged saint in Mexico—a theme more popular in the Andean region. 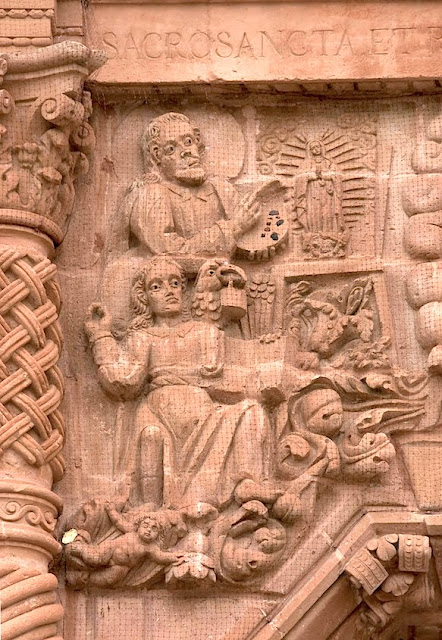 The Virgin is flanked on the left by St. Luke, jewel studded palette in hand, painting her portrait. And below, a youthful St. John the Evangelist, author of the Apocalypse * accompanied by his eagle, holds a pen (missing) and his open gospel. 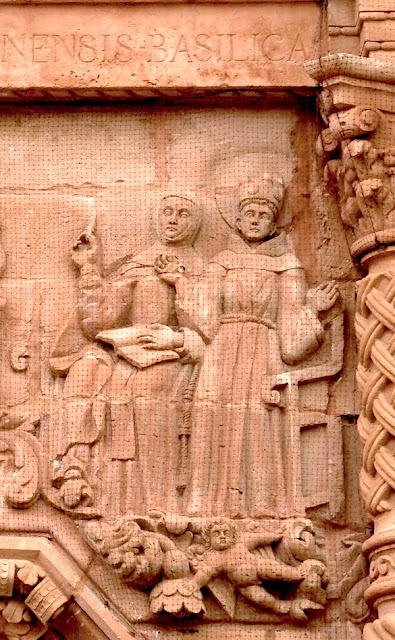 On the right, the "subtle doctor" Duns Scotus, wearing a biretta, stands arms raised beside the mystic Sor Maria de Agreda holding her pen and book—both noted supporters of the doctrine of the Immaculate Conception. 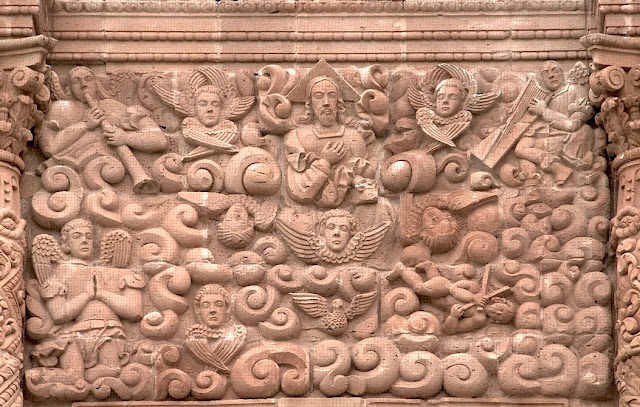 The other large relief, above the choir window, although somewhat rearranged, depicts God the Father and the Holy Spirit accompanied by winged seraphs and musical angels playing harp and horn in a celestial sea of angel heads and puffy clouds.

* The image of the Virgin Immaculate was traditionally based on the Woman of the Apocalypse as envisioned by St. John in his Book of Revelation.
* Jaime Lara,  Birdman of Assisi  ASU-ACMRS  2016
Posted by Richard Perry at 12:37 PM