From time to time we take a look at less well known colonial churches and missions across Mexico that are overlooked by many students of viceregal art and architecture, but that often possess features of special artistic or historic interest. We like to call them Hidden Gems.

We dedicate this post to Diana Roberts, our friend and fellow aficionada, whose many insights and photographs over the years have contributed greatly to the documenting of Mexico's colonial art and architecture, that is also the mission of this blog. 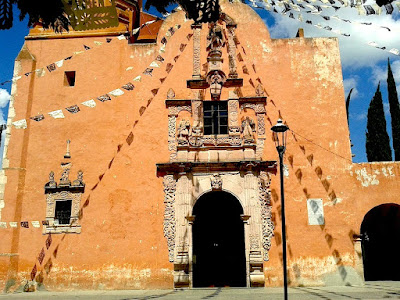 San Juan Bautista Xichú de Indios (now called Victoria)
Although less well known than the 18th century missions of the Sierra Gorda de Querétaro, this Franciscan frontier settlement was founded much earlier, in the 1500s.
Located in the northeastern reaches of the Sierra Gorda, in the present state of Guanajuato, a permanent mission was established to help secure the area, then subject to raids from Chichimec tribesmen, and to provide a base for further evangelization in this remote, mountainous region.
Although under royal Spanish patronage since 1550, the mission was only firmly established in 1580, and resettled under the native Otomí cacique Don Alejo de Guzmán, who came north from the mining town of Temaxcaltepec, with an interest in developing the silver mines of the region. 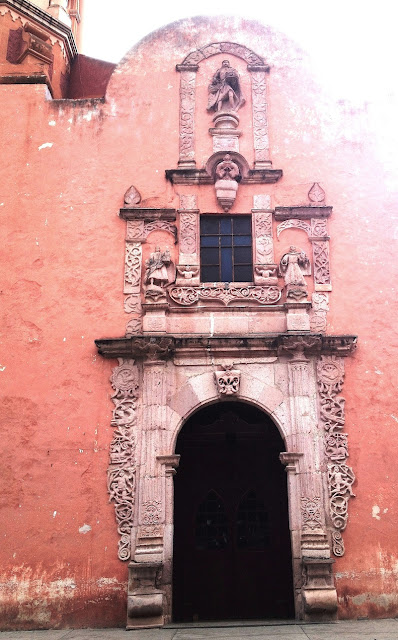 Subject to intermittent Chichimec incursions throughout the 1500s and 1600s, the church was partly rebuilt in the later 1600s under secular Diocesan authority. However, the church front retains much of its original sculptural program, including foliated relief carving and Franciscan related details. 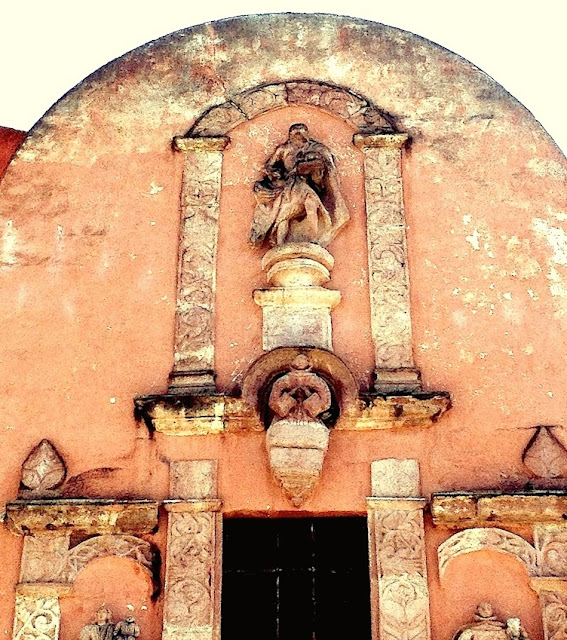 A dynamic statue of John the Baptist, the patron saint of the mission, still lodges in an archway high in the church gable, while Franciscan saints Francis and Anthony of Padua stand in niches to either side of the choir window—all bordered by panels of curling vines in sharp relief, supported by angels. 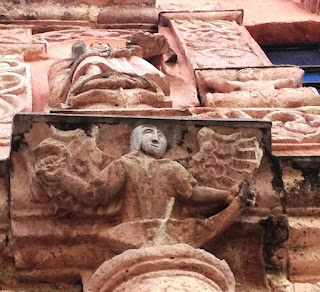 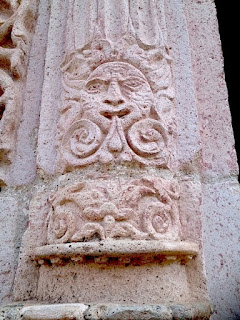 The most original and unusual sculptural reliefs embellish the main entry: Sun/lion masks are emblazoned below the fluted half columns of the doorframe.

Paired, grotesque style carvings flank the doorway, entwining a variety of motifs that include the Franciscan crossed arms at the top, peacocks, the Lamb of God with a victory banner, and below, running figures enmeshed in vines. Two other crude and curious figures huddle below the column bases, possibly intended as sinners or wild men? 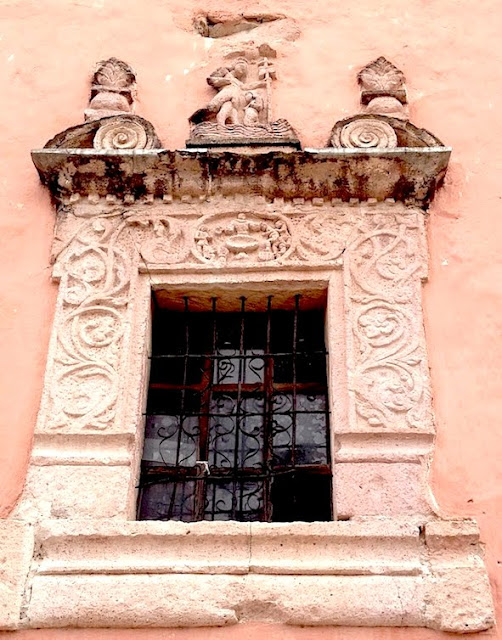 John the Baptist reappears in a tableau above the ornamental baptistry window, grasping a victory banner and baptizing the kneeling Christ in the River Jordan. 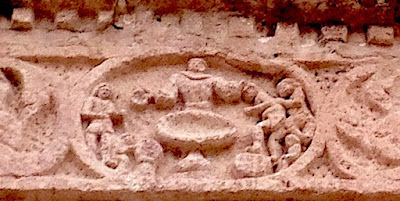 This scene is echoed in the window frame below, where a relief portrays a friar baptizing native neophytes. 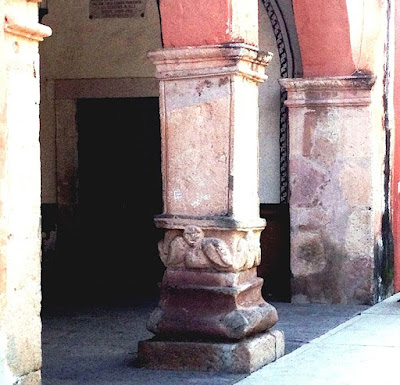 Portería
The double archway of the adjacent convento entry is also still in place, its center pillar set on the heads of angels. 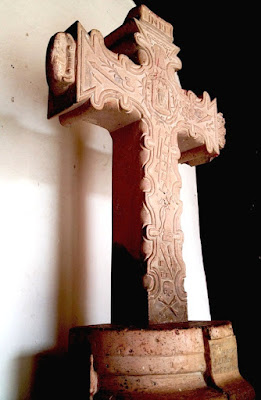 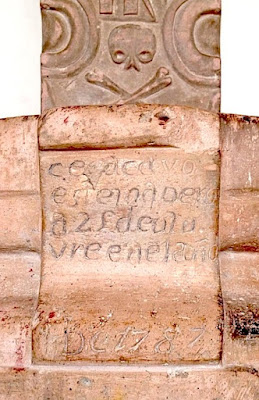 The other notable piece of stonecarving at Xichú is the ornate cross in the cloister, dated 1787 on the base.
* Check out our other Hidden Gems: San Felipe Sultepec; San Pablo Malacatepec;  Ocoxochitepec; Mixquiahuala;