The Tlaxcala altarpieces: the Dancing Kings of San José

We start our new series on the colonial altarpieces of Tlaxcala with a look at an historic retablo in the principal parish church of San José * in the city of Tlaxcala:
Before the Spanish conquest and throughout the colonial period, the native lords of Tlaxcala enjoyed considerable power and prestige in the region. As indispensable allies of the Spanish during the defeat of the Aztecs they continued to enjoy special privileges above the indigenous nobility elsewhere in New Spain.
When the Franciscans founded their first monastery in Tlaxcala, the four principal native lords built their own substantial chapel, La Capilla Real de Los Indios, since removed, adjacent to the church. 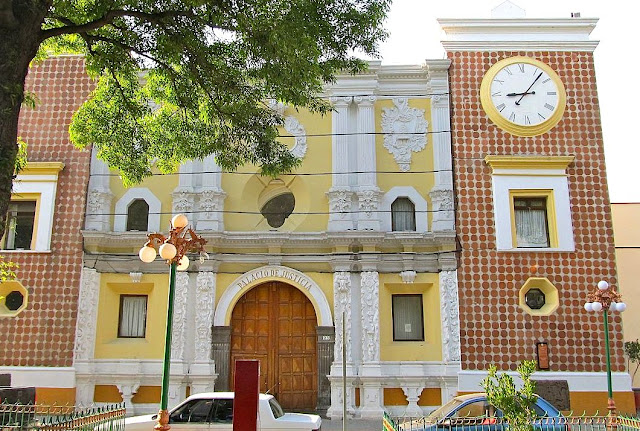 In the 1700s, with the secularization of the monastery, the Lords established a new, imposing baroque Capilla de Los Indios (now the Palace of Justice) in the main plaza across from the tiled parish church of San José. 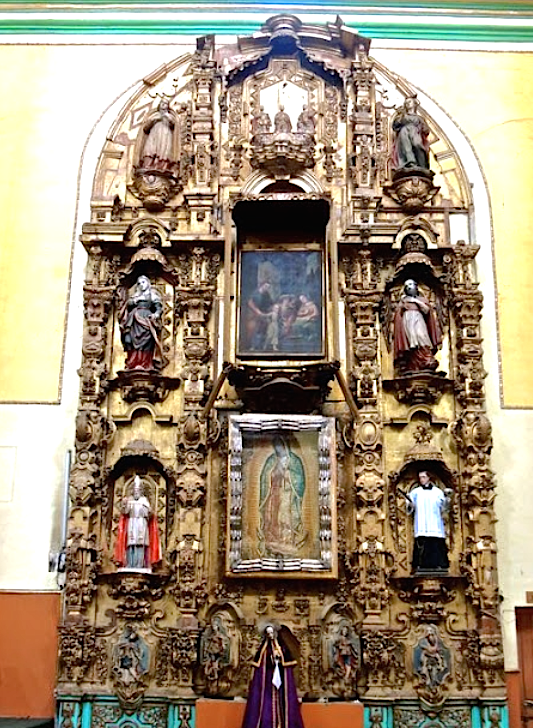 In the nave of San José stands an impressive 18th century altarpiece dedicated to the Virgin of Guadalupe, framed with giant estípite pilasters like those of the Capilla de Los Indios. In fact it is probable that this altarpiece was commissioned by the Tlaxcalan nobles themselves, like other art works in the region, and formerly rested in the Capilla. 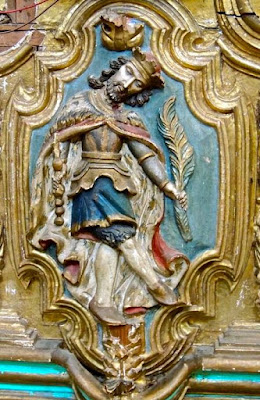 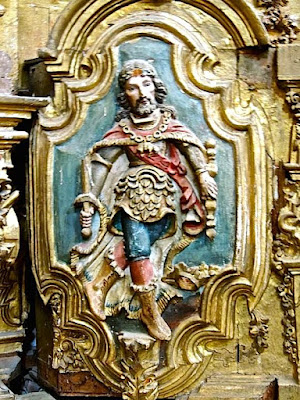 The altarpiece retains most of its original paintings and statuary, but of special interest are the four polychrome reliefs of "dancing kings" framed in ornate cartouches along the predella or base level of the retablo. These represent four royal saints, from left to right, St. Hermenegild; St. Ferdinand of Castile; St. Louis of France, and probably Edward the Confessor of England. 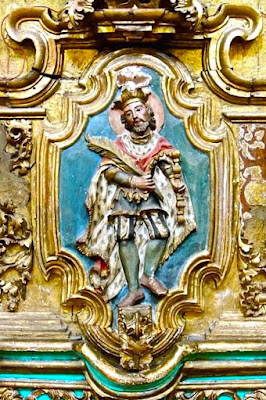 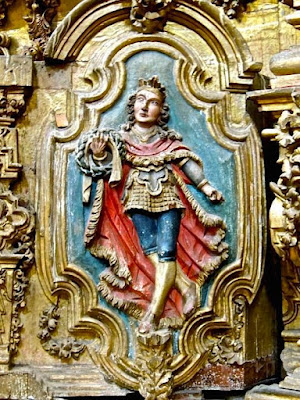 Since this altarpiece is not dedicated or related to the Franciscan royal Tertiaries, as for example the retablo in the Third Order church of Atlixco, the presence of these "Reyes" is puzzling.
However, they may stand for, by analogy, the indigenous lords of the four ancient regions of Tlaxcala themselves, emphasizing their continued importance in the region during the colonial era, and their support of the native Mexican Virgin of Guadalupe.
By further extension, their choreographic poses may covertly refer to the stylized sacred dances, known as netotiliztli, performed by the native lords in prehispanic ceremonial.

* Note: Because of recent earthquake damage, San José is currently closed to visitors.

text © 2018 Richard D. Perry
color images courtesy of Jim Cook
based in part on the monograph, The Glories of the Republic of Tlaxcala by Jaime Cuadriello.