Churches of the Yucatan frontier: Ichmul. Part One

We continue our series on the frontier churches and missions of Yucatán with visits to a group of churches associated with the colonial Maya sculptor Pascual Estrella.

After the conquest, Ichmul became an important mission town. Initially a shrine to Christ of the Blisters, it later became a cult center of the Virgin of the Immaculate Conception. However, the whole town was laid waste during the Caste War and abandoned on Christmas Day in 1847—a catastrophe from which it has never fully recovered.
Although the Franciscans founded a modest friary here in the 16th century, a simple convento and an open chapel with a thatched ramada,the present enigmatic complex of buildings dates from the late 1700s and early 1800s—one of several ambitious building projects launched in the region by the diocesan clergy under Bishop Luis de Piña y Mazo.
Grouped around a grassy plaza with its well and cenote, the structures include the ambitious but unfinished parish church, the extraordinary Santuario beside it, and across the plaza, an L-shaped cemetery complex. We begin our description with the Santuario of the Virgin. 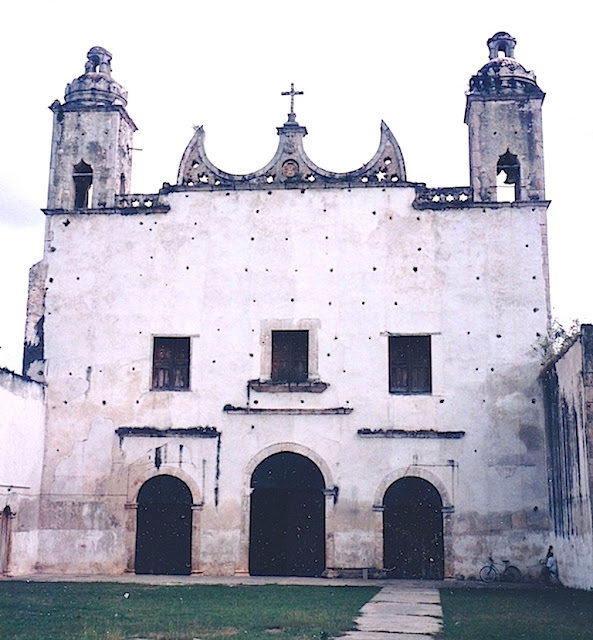 El Santuario
One of the most singular religious structures in Yucatan, this grand chapel preceded the adjacent main church. Built by the prominent Jesuit priest Juan Manuel Rosado, it was complete by 1784—contemporary with his churches at Sabán and Chikindzonot.
Possibly occupying the site of the original Franciscan open chapel and even harking back to its original form, the square Santuario with its triple doorways and enclosed atrium was intended as a shrine dedicated to the Virgin Mary and a possible regional pilgrimage chapel.

Triple doorways in the soaring, rectangular chapel front give entry to the broad but narrow transverse sanctuary. The facade is surmounted by the twin towers characteristic of Rosado's churches,  pierced with ogival openings and crowned by coronet shaped cupolas. 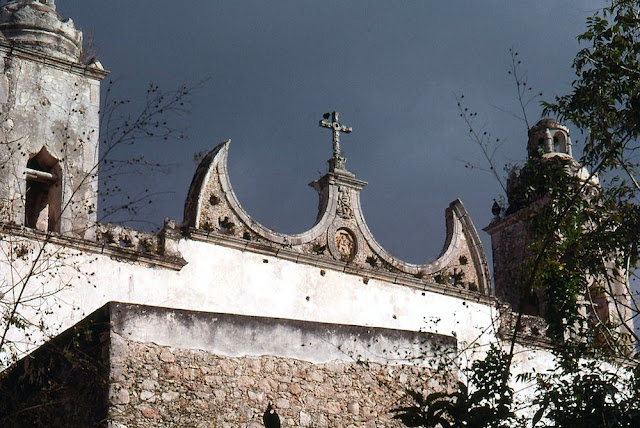 The striking, scalloped gable between the towers, another signature feature of Rosado’s churches, takes the form of a crescent moon pierced with star openings—together with the crowning cupolas clear references to the Virgin Mary. 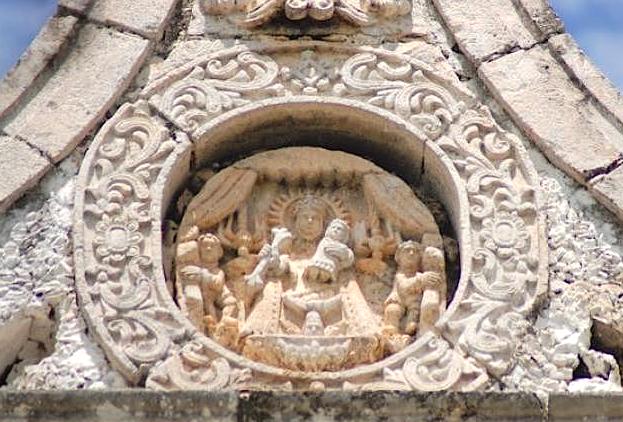 A spectacular canopied image of the Virgin of La Candelaria, appears in a medallion at the center of the pediment. Virtually identical to the facade medallion at Sabán, it is believed to have been carved by the preeminent sculptor of the day, the Mayan Pascual Estrella. 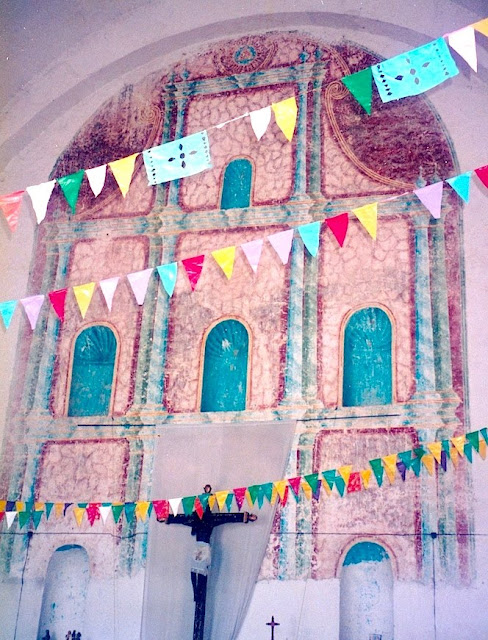 The Mural
A huge red, blue and ocher mural on the rear wall, representing a retablo in neo-classical style, dominates the spacious but otherwise colorless interior.  A replica of the miraculous black Christ of the Blisters stands in front of the fresco. 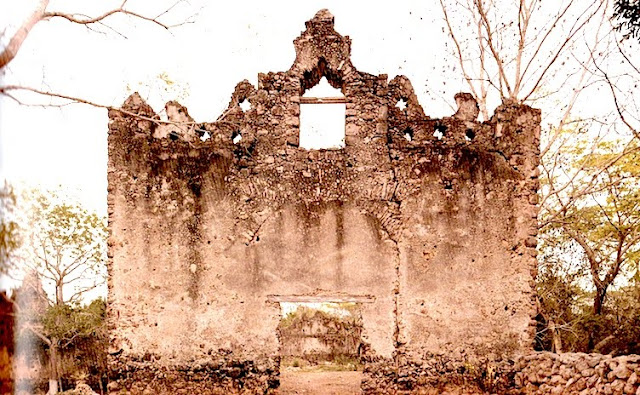 The “Cemetery”The L-shaped complex on the north side of the plaza is the former cemetery, with its abandoned chapel and gateway. Like the Santuario, with which it is contemporary, the chapel front is topped by an undulating parapet pierced with stars, again suggesting a dedication to the Virgin Mary.


text © 2018 Richard D. Perry, with acknowledgments to Miguel Bretos
color images by the author and courtesy of Miguel Bretos and Júrgen Putz

Please visit our other pages on the frontier churches of Yucatán: Chemax; Chikindzonot; Ichmul; Sacalaca; Saban;
Posted by Richard Perry at 11:10 AM