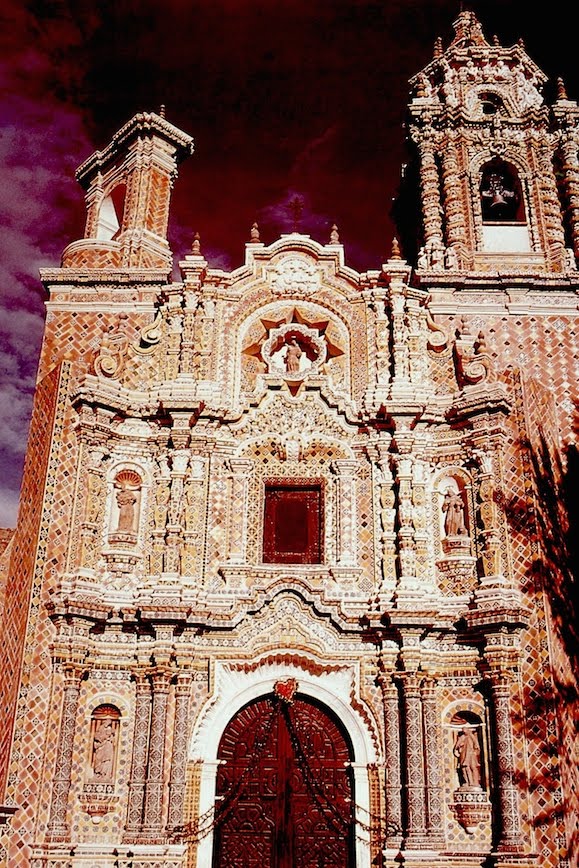 Described by noted Mexican art historian Manuel Toussaint as a "porcelain temple," San Francisco Acatepec displays the most spectacular and sophisticated of the Cholula area tiled church fronts.
Constructed starting in the 1650s and complete by 1750, the retablo style facade is a blaze of red, yellow and blue azulejo tiles, that outline and infill every surface. Supposedly created to order for the facade, the tiles articulate its varied columns, the moorish inspired arches and openings, and even its crowning scrolls and flame finials.
Richly encrusted surfaces and sculpted cornices frame the single south tower, which is also striped with bands of blue and yellow tile.
Statues of Franciscan saints occupy the sculpture niches, with the patron, St Francis, within the star shaped upper niche.
Text © 2020 Richard D. Perry
color images by the author and © Carolyn Brown
see our earlier series on the tiled churches of Puebla
Posted by Richard Perry at 12:35 PM