Mexico. the crosses of Teotihuacan 1.

We begin our new series of posts with a look at colonial artifacts from around Mexico State.
Several carved stone crosses located in the churches and chapels around the town of San Juan Bautista Teotihuacan show a distinct family resemblance. All are foliated, ie: variants of a tree cross wholly or partly wreathed in vines with outsize leaves and bunches of grapes, and in some cases painted.
Although none are specifically dated, because of their adoption of the helical, vine clad format associated with the early baroque Solomonic column, they may be dated to the early or mid-1600s.
Two examples we spotlight here in our first post can be seen in the communities of San Juan Evangelista, and the barrio of La Purificación. 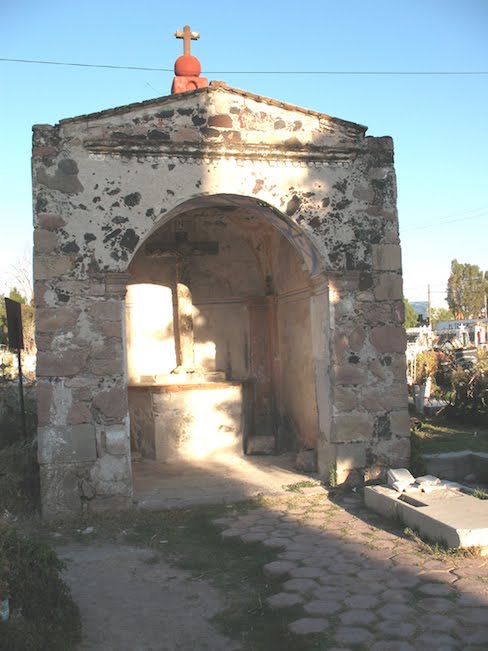 San Juan Evangelista
Currently housed in a freestanding, painted posa in front of the Calvary chapel of San Juan Evangelista, this cross is a classic example of this local style. Judging by its condition, it may be the oldest of the group and perhaps served as a model for the others. 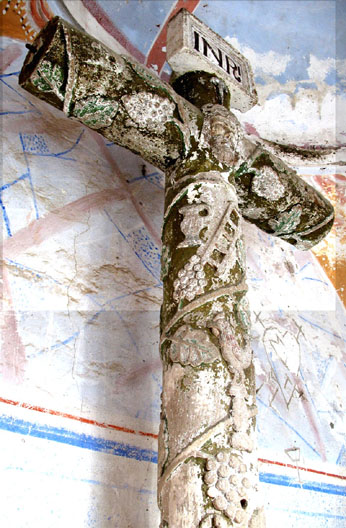 Carved vines, sprouting large leaves and dangling grape clusters, spiral around the shaft and arms, enfolding several familiar Passion reliefs including the sensitively sculpted Face of Christ at the axis.
Inexpertly painted in now fading green, black and gold, this imaginative and charming, hybrid tree cross may be derived from the earlier crosses at not too distant Acolman. 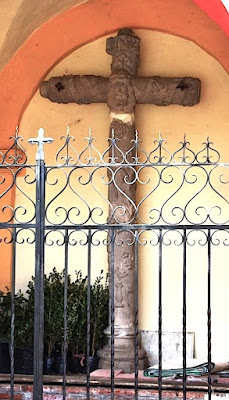 Purificación Teotihuacan
Mounted like that of San Juan in a gateway chapel or posa of the barrio church of Purificación, noted for its iconic image of La Candelaria, this exceptionally tall, cylindrical cross, although not truly foliated, is an interesting variant of the Evangelista cross. 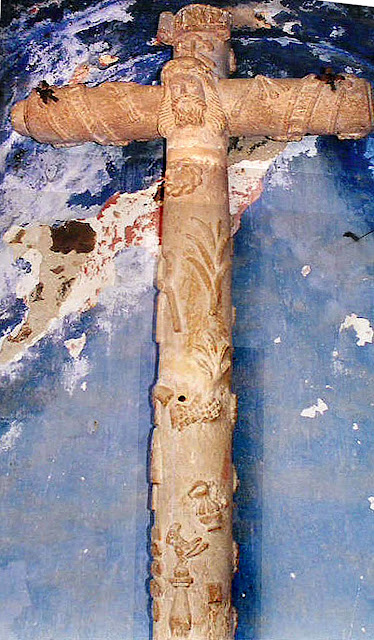 Although prolifically carved with familar Passion symbols, the most striking is the sensitively sculpted, luxuriantly coiffed head of Christ at the crossing—clearly related to that at nearby Acolman.
A spray of three crossed Nails appears above Christ’s head and a small, wreath style Crown is carved below. Blood from spreading Wounds oozes down in uneven gouts on either side from the upper arms. 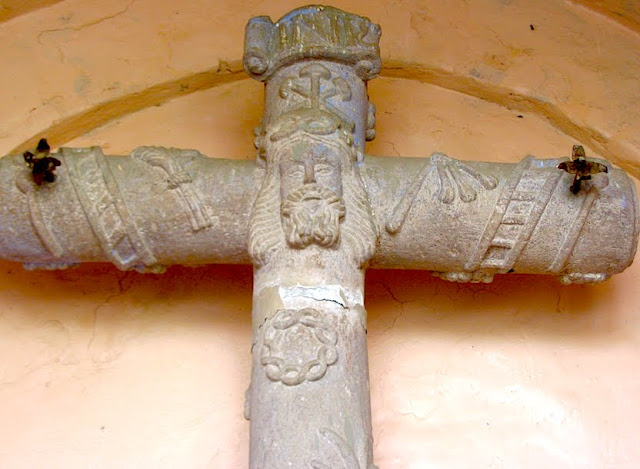 Ladder-like bands wrap both arms, suggestive of vines but more likely representing a priest’s stole as at Atzacoalco. 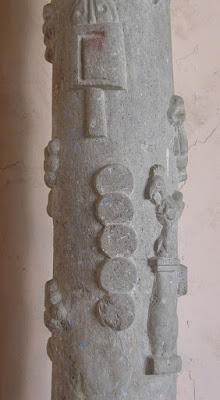 The other reliefs are evenly spaced in no particular sequence around the long shaft and stubby neck. One notable example is an elongated Corn plant apparently grasped by a mailed hand. A small, tightly wound INRI scroll heads the cross.
text and images © 2020 Richard D. Perry
all rights reserved.
Posted by Richard Perry at 10:30 AM