As a follow up to our previous post on the ruined church of Santa Teresa del Nayar, we look at its companion church of la Santísima Trinidad de La Mesa del Nayar, the pioneer and flagship church of the Jesuit missionary effort in this remote area of western Mexico. 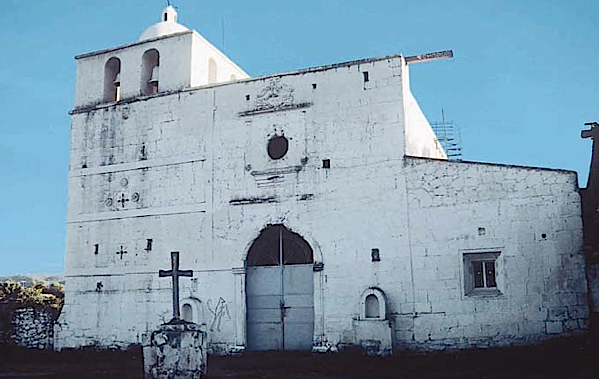 Dating from the mid 1700s, the rectangular stone church front is dominated by its massive tower which supports a single tier. Above the plain doorway a bulls eye choir window is situated in the upper facade with a variety of horizontal moldings and a heraldic relief at the apex. 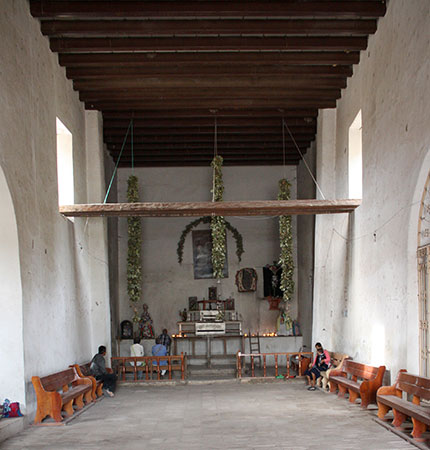 Unlike Santa Teresa, La Santísima Trinidad at one time possessed at least one carved wooden altarpiece in late Baroque style. Probably manufactured in and transported from Zacatecas, and quite possibly created in the celebrated Ureña/Castañeda workshop, active there at that time.
All that has survived of the retablo is one or two statues and a focal painting of the Holy Trinity in the Mexican style (Three identical figures) which has been restored by the villagers under the supervision of Renata Schneider of the CNCPC/INAH. (picture to come) 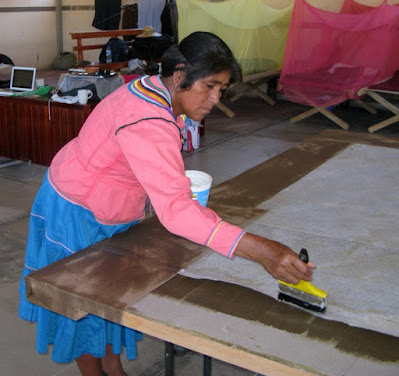