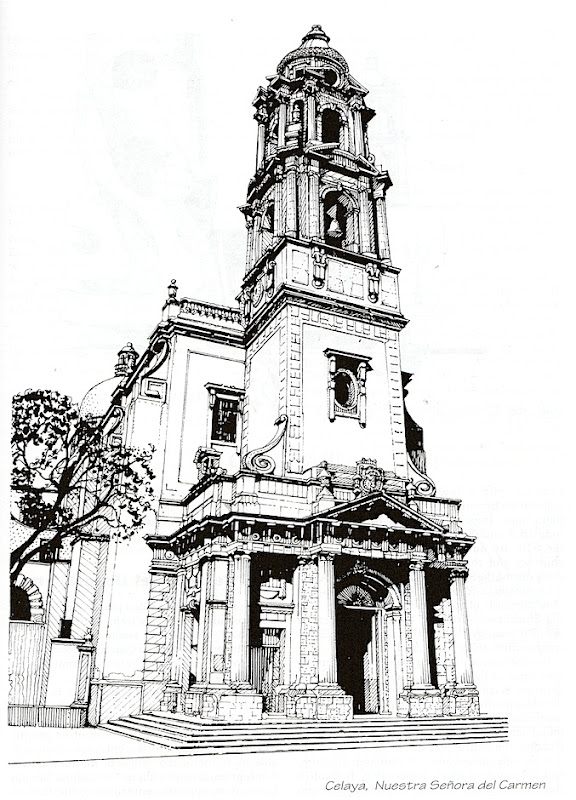 Nuestra Señora del Carmen
This imposing structure, designed and built by Tresguerras, is his best known building and a major landmark in Celaya.
Rebuilt atop an earlier 17th century Carmelite conventual church gutted by fire in 1802, the church was rapidly completed in 1807, and is considered to be his finest work. But far from being a model of the neoclassical style, it is eclectic, which lends it considerable native charm and confirms its truly Mexican character. 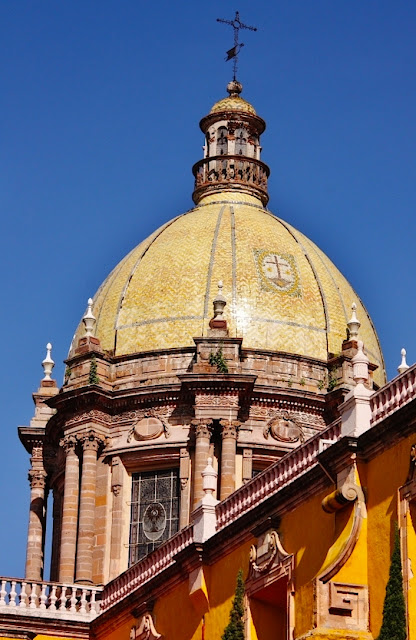 A single central tower surmounts the Greek entry portico and narthex, a common Carmelite feature. Reputedly based on James Gibbs’ church of St. Mary-le-Strand in London, this idiosyncratic tower, with its giant scrolls and broken pediments, remains more baroque than correctly classical.
Similarly, despite its zigzag decoration in yellow tile, the high dome recalls Michelangelo’s design for St. Peter’s in Rome. 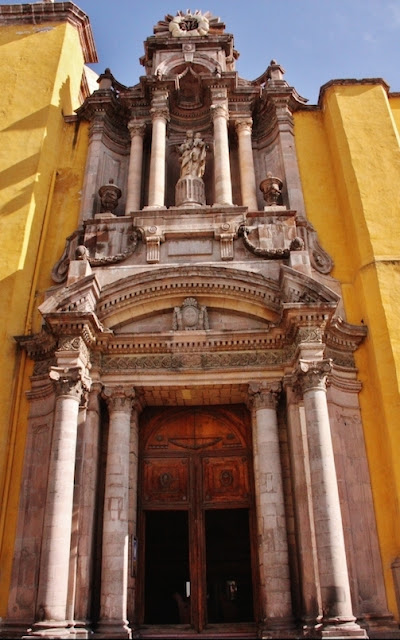 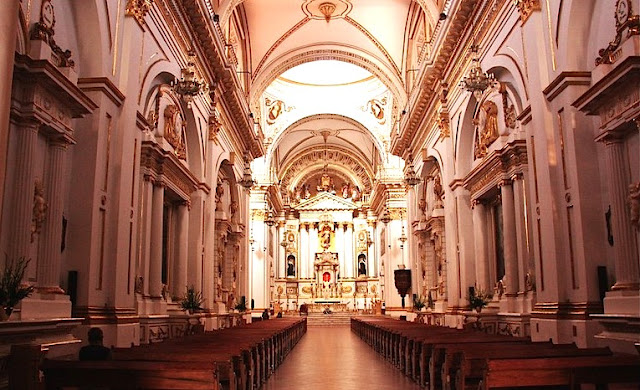 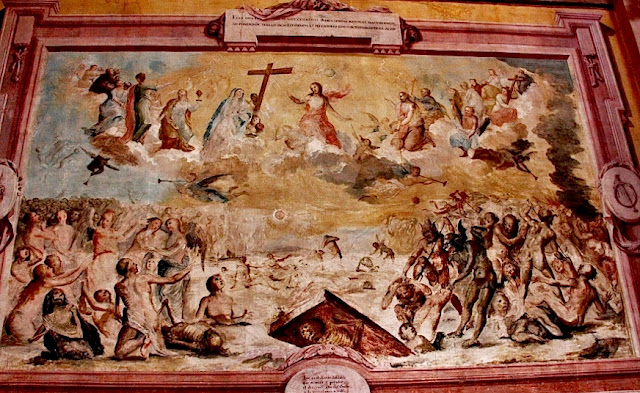 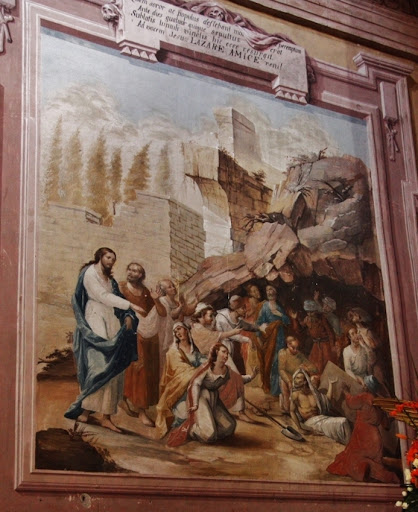 In addition to his masterpiece, the church of El Carmen, Tresguerras' work can be seen in many other Celaya churches. He also designed the Independence monument in the main Plaza de Armas, and a bridge over the nearby Río Laja.
text © 1997 & 2020 Richard D. Perry
graphic by the author
color images © catedrales e iglesias
Posted by Richard Perry at 9:12 AM