In previous visits here we have looked at the murals and carved baptismal font in the church and convento of Zacualpan de Amilpas. 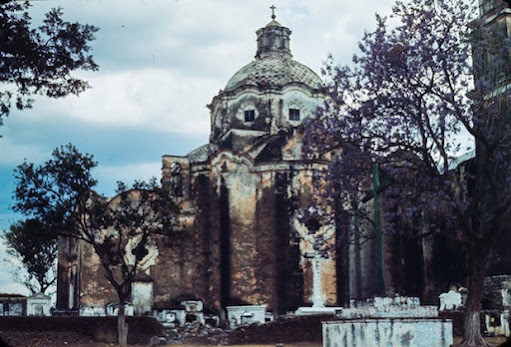 Here we consider the  Rosary Chapel at Zacualpan and its altarpieces. This centrally planned 18th century chapel attached to the north side of the church is unusual for its oval forms and baroque detailing. 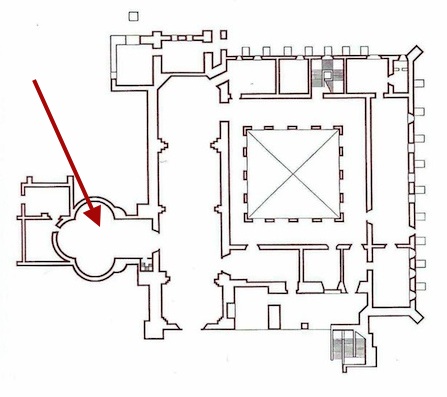 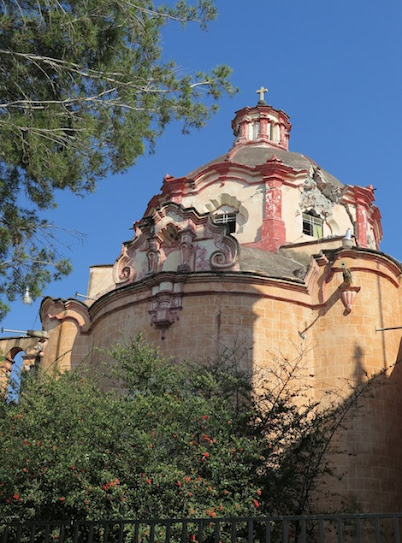 Its principal feature apart from the tiled cupola—badly cracked in the 2017 earthquake— is its pair of gilded altarpieces. 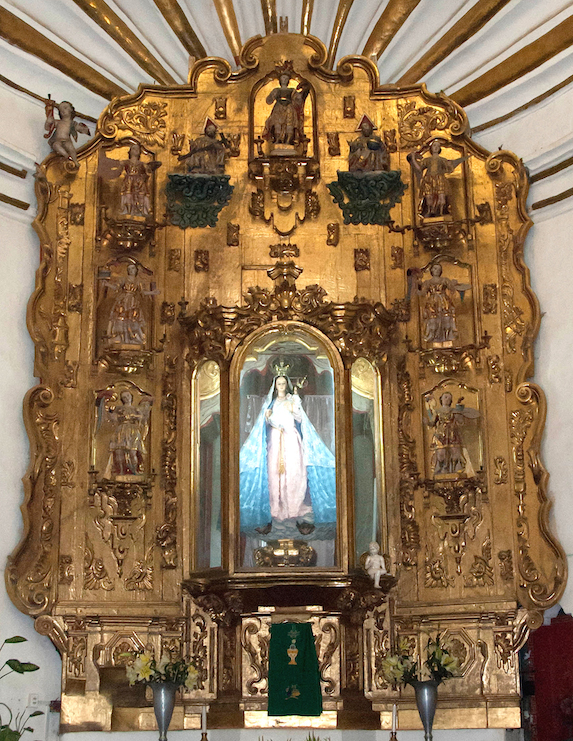 Fashioned in the ornate anástilo manner of the terminal baroque, both may be at least in part the work of the noted local retablista and carver, Higinio de López, The Master of Zacualpan, and his workshop, whose work we have cited elsewhere in the region. 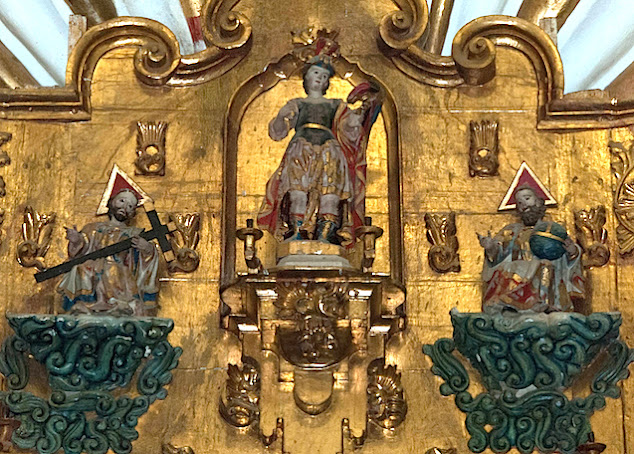 In the first retablo, aside from the modern image of the Virgin of the Rosary in the central vitrine, the other shallow niches are occupied by the original figures: statues of the seven princes or archangels, notably San Miguel in the top niche; each is set on projecting pedestals and clad in rich estofado draperies. San Miguel is flanked by two figures of the Holy Trinity—the Holy Spirit is missing. 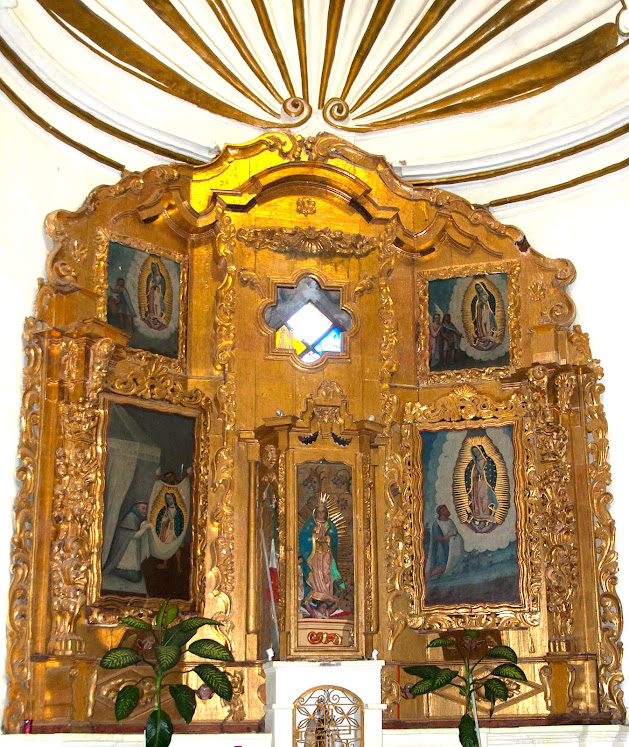 The second retablo, opposite, is fashioned in similar style and also profusely gilded, devoted to the Virgin of Guadalupe, with the Virgin again in the center vitrine, surrounded instead of statuary by brilliant paintings of the four Apparitions.
text © 2021 Richard D. Perry
images courtesy of Niccolo Brooker and
Martha Fernandez
Posted by Richard Perry at 9:07 AM