The early Dominican monastery of Santo Domingo, a World Heritage Site, is located in remote Hueyapan on the slopes of the volcano Popocatepetl.
It suffered greatly in the great earthquake of 2017 when the dome and vaulting over the nave collapsed during a mass; fortunately only one casualty was reported. 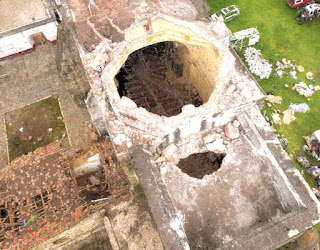 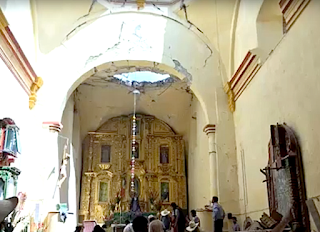 While restoration work on the single tower is under way, reconstruction of the dome and interior vaulting remains to be tackled—a vast undertaking.
No word on the extent of damage to the church furnishings is yet to hand, which included several altarpieces, and in particular, the Nicho de Hueyapan, an early 19th century masterpiece signed and dated 1828 by the noted regional native sculptor and retablista, Higinio López, the “Master of Zacualpan” whose work we saw at Tlacotepec. 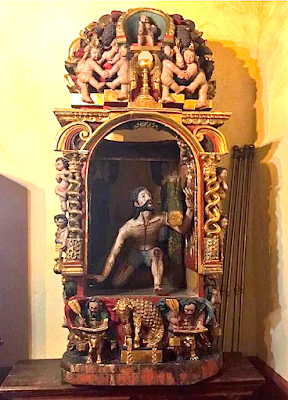 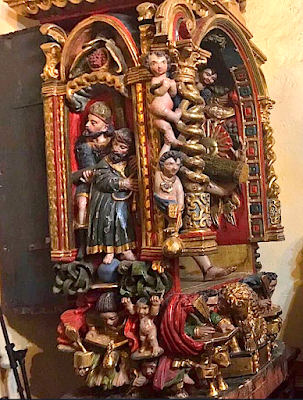 El Nicho de Hueyapan
Located in the church sacristy, the niche is a portable altar elaborately carved and painted to house the image of El Señor de Hueyapan posed in the classic attitude of Christ the Nazarene, kneeling with the cross.
The work is notable for its complex carving that incorporates several figures, notably the Four Evangelists, Luke and Mark, a lamb, Adam and Eve, and putti in various poses, together with other Passion scenes.
Although the nicho sustained minor damage during the earthquake, the structure and most of the sculptural detail appears intact. 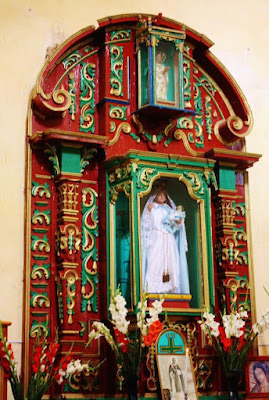 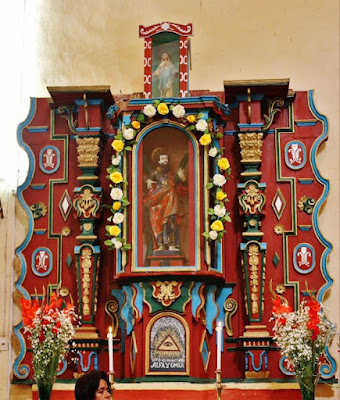 two side altars
In addition to this piece, other works of art include the late baroque gilded main altarpiece along with some side retablos in colorful popular style. The current condition of all these works after the quake damage remains to be ascertained.
text © 2019 Richard D. Perry
images by eltb and other internet sources
Posted by Richard Perry at 10:29 AM