We begin our new series on the churches of colonial Chiapas with a visit to Aguacatenango.

Set at a distance from the highway beside a shallow seasonal lake, Aguacatenango has a more indigenous feeling than either Teopisca or Amatenango. Fishermen stand waist deep in the lake to cast their nets, while pigs and small children run through the narrow, rocky streets. 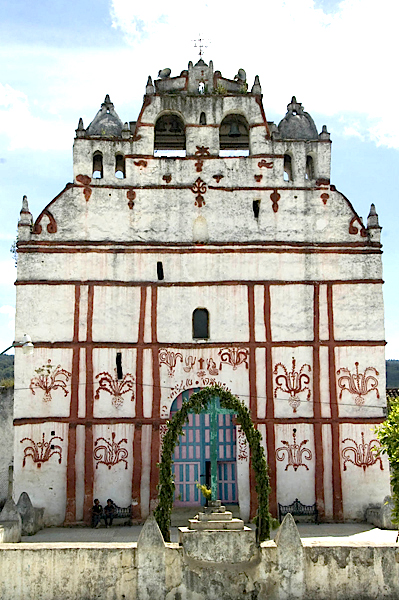 The imposing church of Santiago looms protectively above the village from behind its narrow walled forecourt with a traditional green wooden cross.  An uneven grid of crude pilasters and cornices divides the lower part while a craggy gable with domed belfries dominates the upper facade. 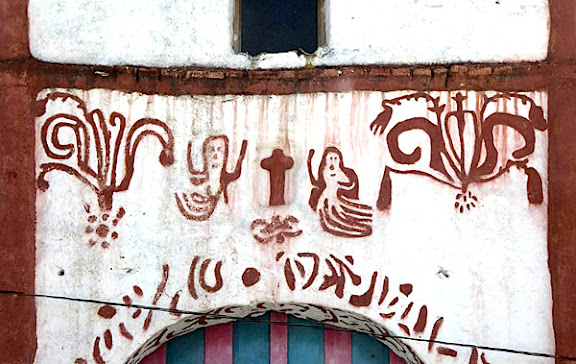 Numerous stucco reliefs of spiky, spidery plants, their details accented in red, add to the texture of the facade. A foliated cross is carved over the doorway and in the upper reaches, winged angels hover in a welter of shells, urns, scrolls, hearts and flowers. 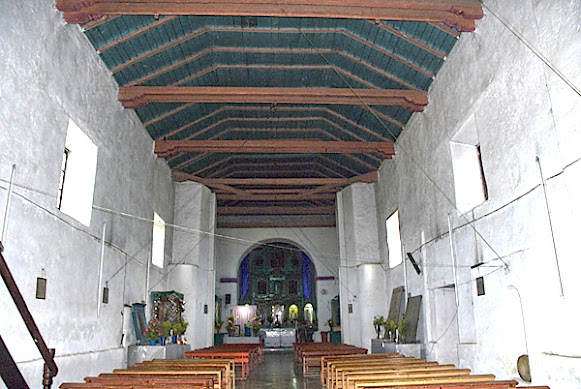 The renovated church interior is surprisingly spacious, its broad nave roofed by a hipped wooden ceiling painted in the locally favored colors of red and green. 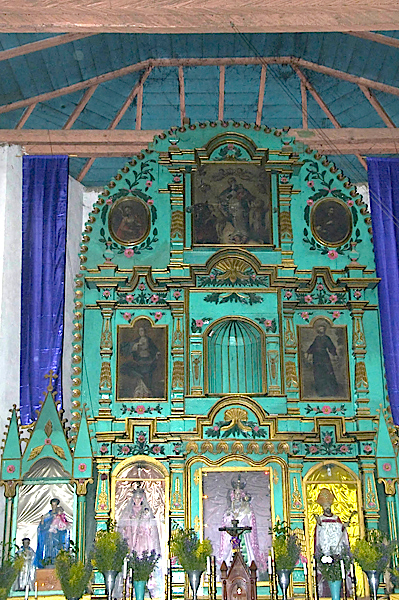 Gold and green predominate in the main altarpiece, another rustic late baroque retablo framed with estipite style pilasters. Paintings predominate in the retablo including a portrait of Our Lady of Light in the gable portraying a fearsome jaws of Hell. 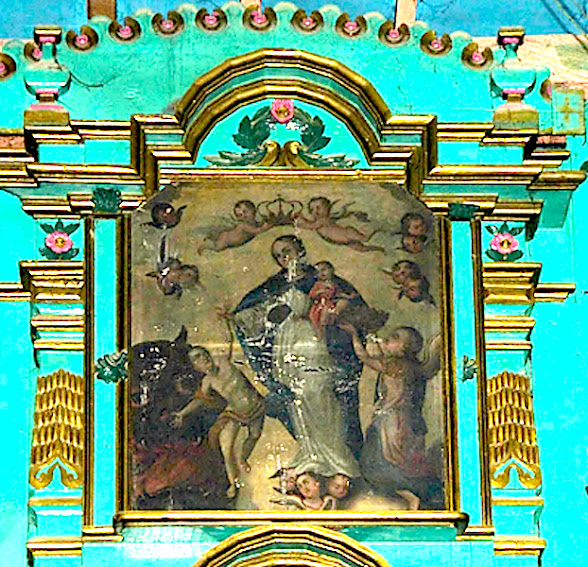 Behind the retablo, researchers discovered the remains of a painted wall altar with inset niches, similar to the one found at Teopisca. 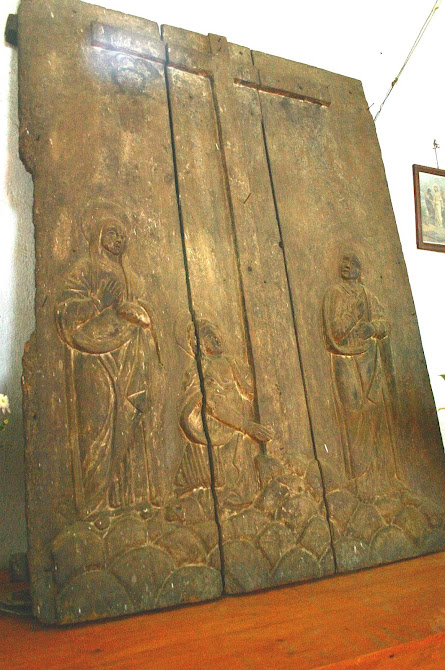 courtesy Robert Guess
One further item of interest at Aguacatenango is the unpainted Calvary related relief standing in the nave, perhaps belonging to another, earlier retablo or the backdrop to a missing cristo.
text © 1993 & 2021 Richard D. Perry
color images courtesy of Niccolo Brooker except where noted. 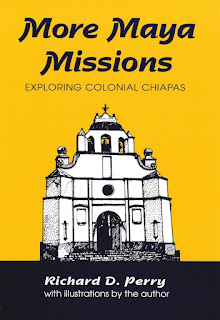 For more on colonial Chiapas, consult our guidebook, available from Amazon
Posted by Richard Perry at 10:14 AM