Although located in Dominican Oaxaca, albeit close to the Puebla line, San Francisco Huehuetlan, as the name indicates was originally a Franciscan foundation, subject to Huatlatlauca — also once Franciscan but later ceded to the Augustinians. 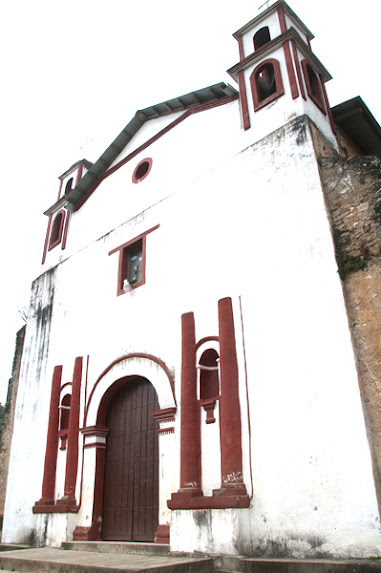 The 17th century church presents an unfinished look, its west doorway framed by plain paired half columns without capitals. 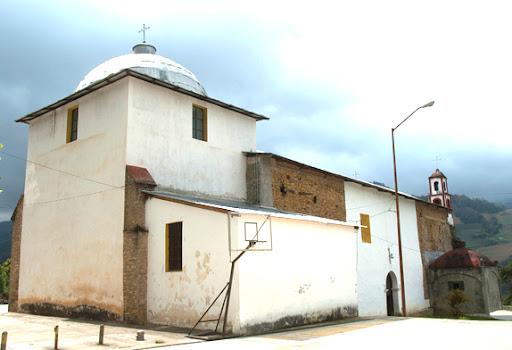 The square apse of the church may be the earliest part of the building, vaulted by a tiled dome. 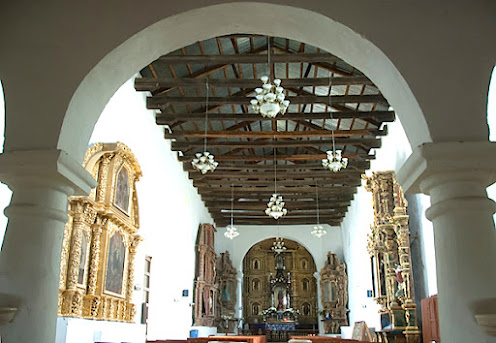 The long nave, roofed by wooden beams and currently sheet metal, is home to a variety of baroque altarpieces in good condition. 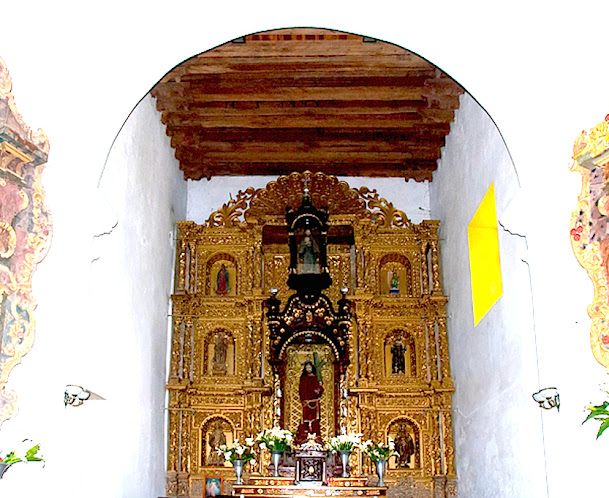 The retablo mayor is the most conventional, its outer pavilions framed in Oaxacan style by pairs of gilded spiral columns ( the center section is later) which enclose shell niches containing some original statuary: 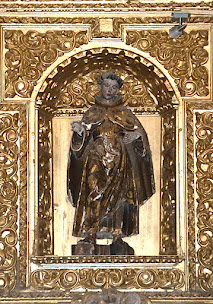 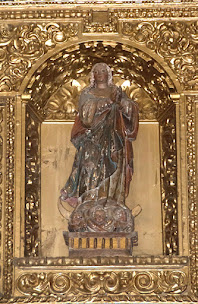 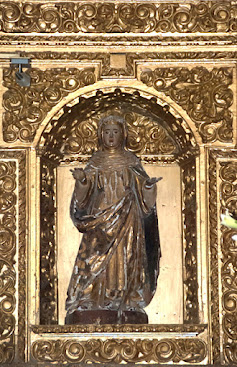 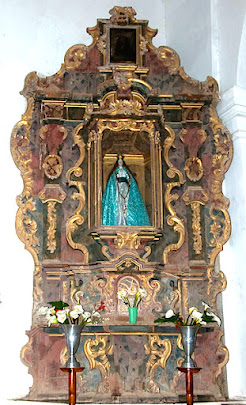 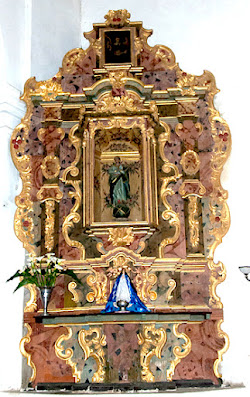 Two smaller retablos, fashioned in late baroque “medallion” style with undulating outer frames and abundant scrolled relief ornament, face each other across the nave, in front of the sanctuary.
These are dedicated to El Rosario and Our Lady of the Apocalypse, and date from the Dominican years. 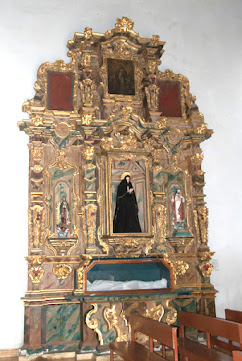 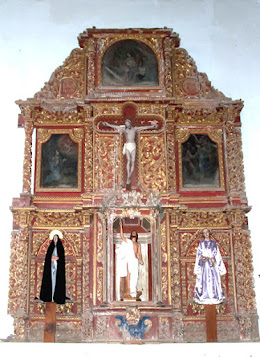 Other gilded altars from the same era line the nave— altogether a treasury of late colonial artworks.
text © 2022  Richard D. Perry
color photography courtesy of Niccolo Brooker
Aficionados may be interested in a beautiful modern house currently for rent in a select suburb of Oaxaca City. For longer term rental only.
For details contact the owner at: cwinteroax@gmail.com
Posted by Richard Perry at 1:08 PM