Our third and final post on San Nicolás looks at its gilded altarpiece, a spectacular example of the "Salomonic" baroque style. 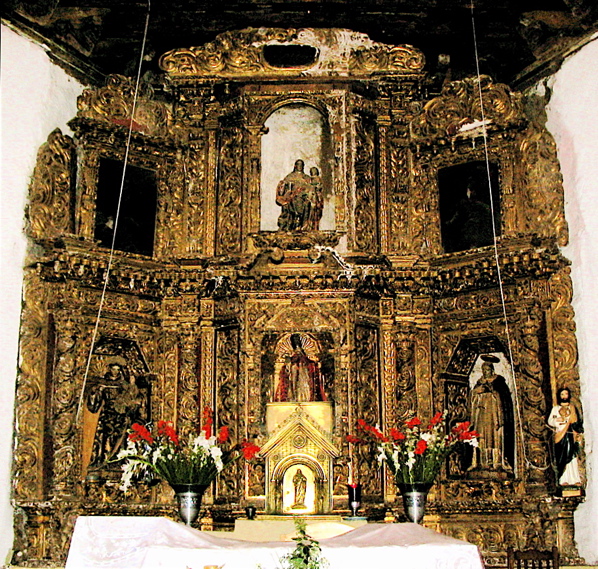 At the far end of the church, this magnificent Baroque altarpiece, commissioned for the episcopal visit in 1746, now fills the apse.

Although time and the elements have taken their toll, plans are under way for the conservation and restoration of this unique colonial monument—a stunning example of consummate 18th century craftsmanship.

Painted and gilded throughout, the retablo takes a screen-like form: the layered center section projects forward, as the lateral calles flare outwards to embrace the worshipper.
Spiral "Salomonic" columns—named after the legendary Temple of Solomon in Jerusalem—support projecting cornices hung with spindles in the Oaxacan fashion, and frame the sculpture niches. All the intervening spaces are densely ornamented with whorls of vines and gilded floral decoration. 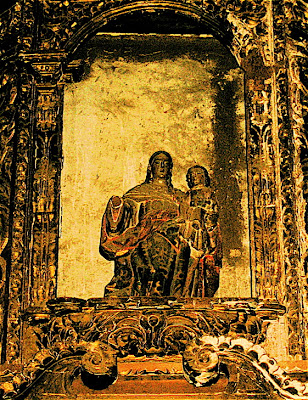 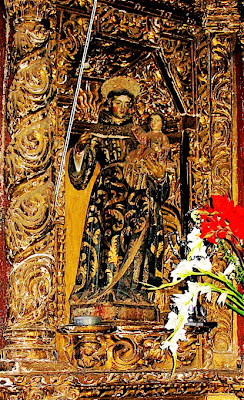 The principal niches house elegant statues of San José, holding the young Christ and, in the center of the retablo, a charming, smaller tableau of St Anne with the young Virgin Mary. Below her, stands the figure of the Augustinian saint and bishop Nicholas of Tolentino for whom the church is named.
A remarkably sumptuous work of art for such a humble church. 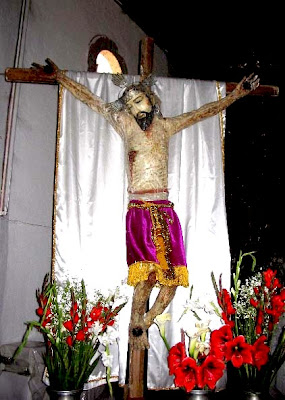 As noted in a previous post, the nave walls are largely plain. One of the few early colonial art works on display there is a classic  cristo de caña, so common in the churches of Michoacán (see our post on Tzintzuntzan) Scarred and emaciated with protruding ribs, this crucifix may date from the earlier Franciscan period at San Nicolás. 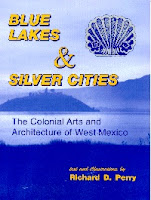